A well-heeled crowd made their way to midtown wednesday night for Art Production Fund’s gala, which was held at the Diamond Horseshoe. Recently vacated by Queen of the Night, the taxicab advertised cabaret, the subterranean ballroom provided ample rumpus room for the annual fundraising fete. Arriving in a steady stream of black cars, a mix of uptown socialites and downtown artists made their way from the bustle of Broadway down into the depths of the cavernous dining room where glasses of Dom Perignon awaited them.

On the stairway, camera flashes washed over perennial It Girl Chloe Sevigny, but she wasn’t the only spectacle on the stairs. A tank holding artist Petra Collins and Madelyne Beckles caused a traffic jam. Performing in their skivvies, the artists sucked on pacifiers tethered to their necks for a performance called Not Your Art Baby. While their focus was on their stuffed animals and each other, the performers would pose behind the glass when friends like Ryan McGinley strode by.

“I like the darkness and glamour that Gucci brought to the evening,” said Israeli artist Nir Hod, who had donated a painting to the live auction. “The energy of the art production fund girls is unparalleled. I’m inspired by the things they do.”

Taking the dress code, “Tooth and Nail” to heart, artist Jessica Craig-Martin had pinned her hair back with a nest of golden nails. Snaking through the cliques, Miss Craig-Martin snapped party shots in her signature off-the-cuff fashion. There were plenty of appealing subjects: art world regulars like Rachel Feinstein, Cindy Sherman and Hope Atherton were all dressed to the nines. While not many were brave enough, Aimee Mullins got into the “Concrete Jungle” theme by applying the free Joyce Pensato tattoos to her toned arms.

When it was time for dinner Fab 5 Freddy called the room to attention. Once everyone found their table, the MC warmed up the crowd for the night’s honorees: philanthropist Jane Kaplowitz Rosenblum and artist Ryan McGinley. A long-time friend to Art Production Fund, Mr. McGinley stole the show with his heartwarming speech. “It’s hard for me to breathe not because I’m nervous but because I’m uptown,” McGinley joked before launching into a laundry list of supporters who the artist felt were directly responsible for his continuing success. Last but not least, Mr. McGinley gave a shout out to his mother, who was in the audience.

“She still hasn’t come around to the nudity,” he admitted before handing the mic over. 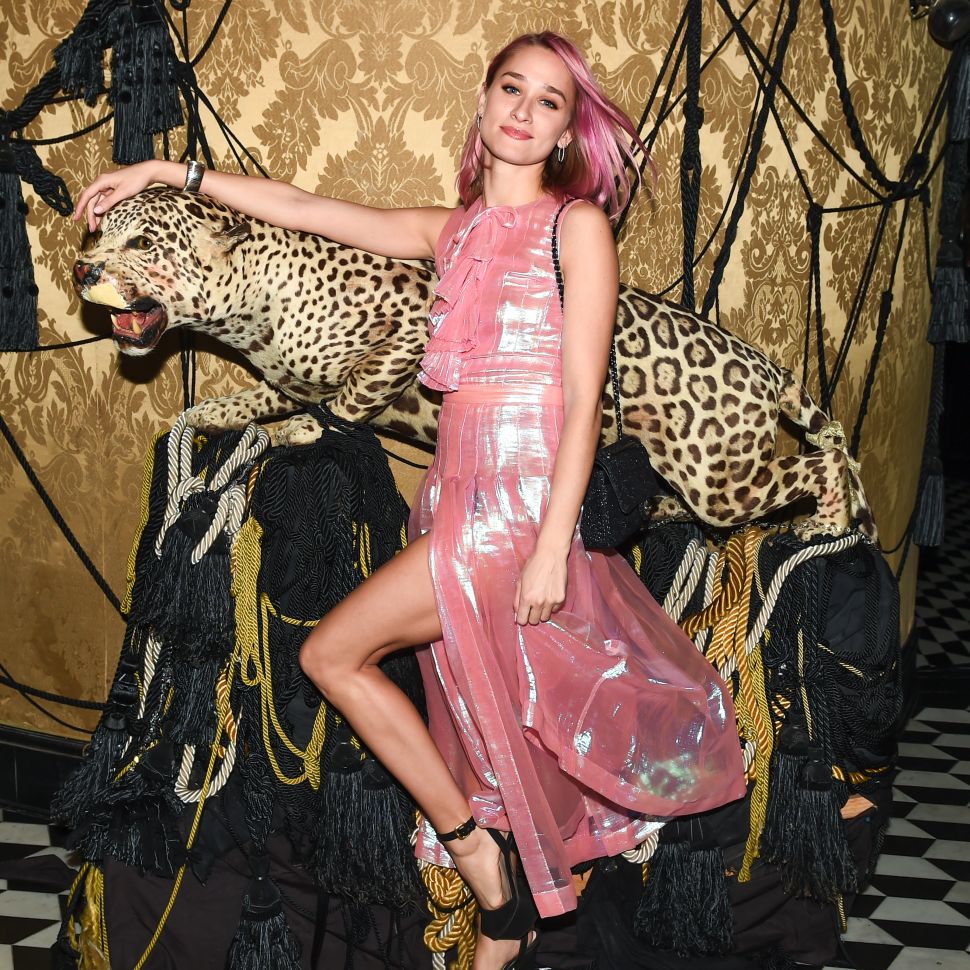