The Atlantic City Council voted 5-4 Wednesday night to put Atlantic City’s Bader Field up for auction. The shuttered airport site is one of the city’s few remaining assets, along with its Municipal Utilities Authority, which controls the supply. The council also voted not to dissolve the authority last night. Dissolving the authority could have thrown a wrench into the takeover effort, the focal point of which is the monetization of the MUA.

The minimum bid for Bader Field will be $155 million, a far cry from the $1.5 billion the city asked for from casino company Penn National in 2008. At that time, Penn National offered $800 million for the 143-acre plot. A 2008 bill mandated that any sale of the site has to go through the state Local Finance Board, the agency that would oversee the city’s finances under the takeover bill.

Atlantic City faces a fiscal meltdown in April, when its $437 million in debt is set to tilt the scales toward a bankruptcy. With the takeover effort already passed in the Senate, Montclair State University political science professor Brigid Harrison said that the vote to auction Bader Field may just be the council’s public last-ditch effort to demonstrate their independence.

“In many ways, the council has their hands tied,” said Harrison. “They recognize that they’re lacking the political wherewithal to prevent the takeover from happening.

“They too are elected officials, and they have to demonstrate that they’re actually doing something,” Harrison continued, saying that previous state takeovers like those in Camden and Paterson may have laid the precedent for Atlantic City’s future.  “We cans see historically that wresting power back form the state is really a difficult proposition.”

City Council President Marty Small, for his part, cited the Local Finance Board’s final say over the sale as one of the ways in which the city is already constrained by the state.

“They was ready to give us $800 million but the state stepped in and said ‘Any sale of Bader field we have to approve,’ and it never happened,” Small said of the proposed 2008 sale. “So with that money, there’s no telling where Atlantic City would be right now.

“Hopefully, there is some type of compromise because the city needs the money and I really  don’t think it’s responsible for leaders to hold us hostage over this situation when we have been trying to improve the economic situation in Atlantic City.”

Senator Jim Whelan (D-2), who has been highly critical of the city’s resistance to state intervention, called the move a sign of desperation.

“Who knows what it’ll be tomorrow,” said Whelan. “That’s part of the problem is that the city, there doesn’t seem to be any coherent planning. It’s just ‘Today we’ll do this.’ The same thing with the company.”

Whelan said on the Senate floor last week that he was reluctantly voting yes to the takeover.

“Bader field is such an asset. I live as close to Bader Field as anyone in town. So I hope they don’t screw it up.” 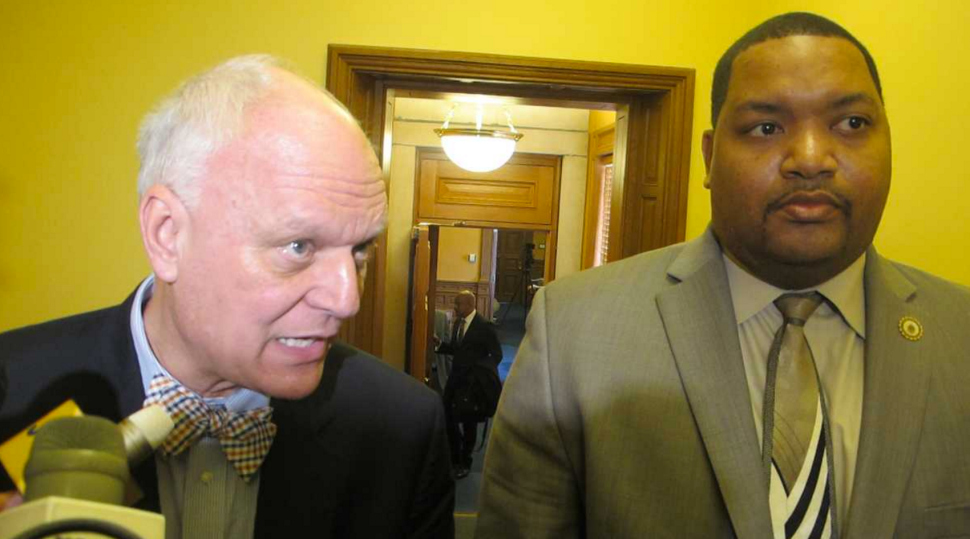