Now that we’ve Asked the Casting Directors, we’ve decided to open the floor up to other behind-the-scenes careers that help get your favorite shows made. First up: Spencer Robinson of Art/Work, who wrote us about what it takes to be a talent manager for TV.

1) What is your job title and what does it entail?

I am a talent and literary manager, working with writers and actors in television and film.  This includes anything from helping to find auditions and offers for my actors, to developing scripts with the writers before taking those scripts out to sell or using them to get writers staffed on television shows.  I work with a lot of talented people, and contribute to guiding their careers as I help find them opportunities as well as help them choose which jobs to take, and when to take them.

2) How long have you been at your position/ what made you want to get into this industry?

I’ve been a manager for almost 9 years, and was an assistant before that.  When I was growing up, all I ever cared about was music, movies, and television, so I was going to end up doing something in one of those fields.  I started as a Production Assistant working on commercial and movie sets, and eventually ended up in the mailroom of a management company.   That company represented some big stars and produced movies, so I was able to learn a lot about what a manager does, and how film development works.

“Being that “dope as fuck” isn’t an actual plot, I asked him again for a short synopsis, and he replied “heroin, tits, death, etc.”

I bounced around for the next few years working as an assistant at a few different management companies before taking a break to join a band and go on tour.  I spent a few years playing music all over Europe, and paying the bills by playing blackjack professionally. (I was on an offshoot of one of the famed MIT blackjack teams like the one in the movie 21).  Eventually, I found my way back to working for a manager as an assistant, and after a year of that, was finally promoted.  That was almost 9 years ago.

3) What does a typical day look like for you?

One nice thing about this job is that every day is different. I think I would go crazy if I had to do the same thing every single day.  That being said, there are some constants.  I spend a lot of time going through breakdowns of all the roles that casting directors are reading actors for.  I pitch the actors that are right for each role, and get them all the material for their auditions.  Once they book a job, I work with their lawyers or agents to negotiate, and make sure that they’re getting the best deal they can get.

When it comes to my writer clients, it’s completely different.  I work with my writers from the time they have an idea for a new script.  I make sure the idea is something viable, and that it’s the right type of project they should be writing at that point in their career.  Once they have a draft of the script, I dig in and give pretty detailed notes, often doing several drafts until the piece of material is in a good place.  Then, I either take it out to sell the movie or tv show, or I use that piece of material to get the writer hired on the staff of a television series.

4) What are some of the weirdest pitches/requests you get on the job?

I get weird requests all the time.  Every day, I get emails from random actors I don’t know who send me their headshots, resumes, and a letter as to why I must represent them.  I also get emails from random writers who tell me about the “amazing” script they wrote, and how I just have to read it.  They usually include a short synopsis which is almost always hilariously bad.

Last year, a woman emailed me 2 scripts, but also included a video of herself “ranting.”  She was bleached blond and botoxed, and had a lot to say about all the “sluts” and “whores” in her life that she didn’t approve of.  It was a nightmare, although it did provide about 6 minutes of cringing laughter around the office.

“I’ve had 10 or 15 of the shortest friendships ever because of this [job], I’m talking 4-5 minutes before the whole thing blows up in my face.

Some of the strangest requests come from the people I actually know.  There are a lot of people in Los Angeles who want to be writers and actors, and living here means I meet a ton of them.  Just last week, I received a message on Twitter from a “writer” who said that he had a script that was “dope,” and that he wanted me to represent him.  When I asked him what his screenplay was about, his response was “it’s dope as fuck.”   Being that “dope as fuck” isn’t an actual plot, I asked him again for a short synopsis, and he replied “heroin, tits, death, etc.”  I was baffled, so I tried once more (mostly for my own amusement) to squeeze something out of him, to which he replied “Great Gatsby on steroids.”  That was when I ended the conversation.

A few months ago, a woman I know contacted me to ask if I’d represent her as a writer.  I asked what she had written, and she answered: “I haven’t written anything.”  I spent the next 10 minutes explaining to her that it would be impossible for me to work with a writer who doesn’t actually write. I think that she eventually understood, but I can’t be sure because I never spoke to her again.

Sometimes I’ll meet someone socially, and once they find out what I do, they blurt out “you should represent me!”  It’s insane because I’ve never seen or read anything they’ve done, and that kind of attitude generally turns me off to the idea of wanting to work with them.  Once I tell them that I’m not interested, they usually end the conversation.  I’ve had 10 or 15 of the shortest friendships ever because of this, I’m talking 4-5 minutes before the whole thing blows up in my face.

5) If someone wanted to submit work to you, what are some things they absolutely SHOULD NOT do?

I get that everyone wants their shot, and I can respect that.  That being said, most scripts are terrible…like really terrible.  Before you show your script to somebody, read it! Make sure it is not riddled with spelling errors.  Check the length, and make sure that it’s written in the right format.  You’d be surprised how many “writers” actually have no idea how to write.

The more somebody brags about how “fucking amazing” or “dope” their script is, the more I assume they have no idea what they’re doing, so maybe calm down with the bragging.  It’s just too fun to say no to somebody who won’t shut up about themselves.

I was at a birthday party a couple of years ago, and had a nice conversation with a guy, so I agreed to read his script.  After reading, and hating it, I politely passed.  For the next two weeks, this guy emailed me constantly and told me that I “needed” to read another script, and that he really liked me so I “had to work with him.”  He couldn’t grasp that I just didn’t like his awful material, and I regretted ever giving that lunatic my email address.  Not everything is right for everybody, and if someone isn’t into your project, just move on.

When I meet somebody who claims to be a writer, I will always ask what they write.  When I hear “I can write anything,” I’m already done.  I believe that some people can write more than one genre, but seriously, learn to master one thing before you try to take on everything else.  It’s much easier to market a writer if I know how to properly pitch you.  If you’re a comedy writer, write comedy; don’t give me a half hour sitcom and a dark, dramatic piece about rape, murder, and disease.  Any new writer who says they can “do it all” usually can’t do anything.

Last year, I received a letter from a guy claiming to be a writer/actor/producer/director who sent me 4 scripts, and links to 60 episodes of his terrible web series; way too much.  In the letter, he described himself as a lovable schlub who’s self-reflexive, silly, giddy, and shockingly self-motivated; I already hated this guy.  I didn’t even have to watch his terrible web series to know that he wasn’t talented, but I did anyway, just as a goof.  He was less a lovable schlub, and more a bad writer and actor.

“There are so many things that are out of your control when it comes to the film and television industry.  You could be too tall, too short, too black, too white.”

First off, I don’t take unsolicited material.  I have enough to deal with as it is, and I can’t (and won’t) read every terrible thing that people send me.  I usually read things off a recommendation from another client, or an agent, or lawyer, or whatever…somebody I trust.

Be a good writer!  I know this is something that’s hard to judge, but there are some things you can check.  Is your script the right length?  If you are writing a single camera pilot as opposed to a multi-camera pilot, is it in the right format?  Do you have an A and B  (and sometimes C) storyline?  Are your characters clearly defined?  Just make sure that you are not sending something that will read as incomplete.  Most of your friends will just tell you that your script is great, but most of your friends are shitheads.  Give it to a person whose opinion you trust, and listen to them when they give you feedback.

Writing and acting are amazing careers, and careers that can be fulfilling creatively and financially, but you have to work hard.  There are so many things that are out of your control when it comes to the film and television industry.  You could be too tall, too short, too black, too white; not have enough writing credits, or not have the right piece of material for a certain show, etc.  All of those things are out of your control, so make sure that you take care of the stuff within your control 100%.

Spencer Robinson is a talent and literary manager for Art/Work Entertainment.  He enjoys playing music, watching TV, and sleeping. Find him on Twitter @13spencer. 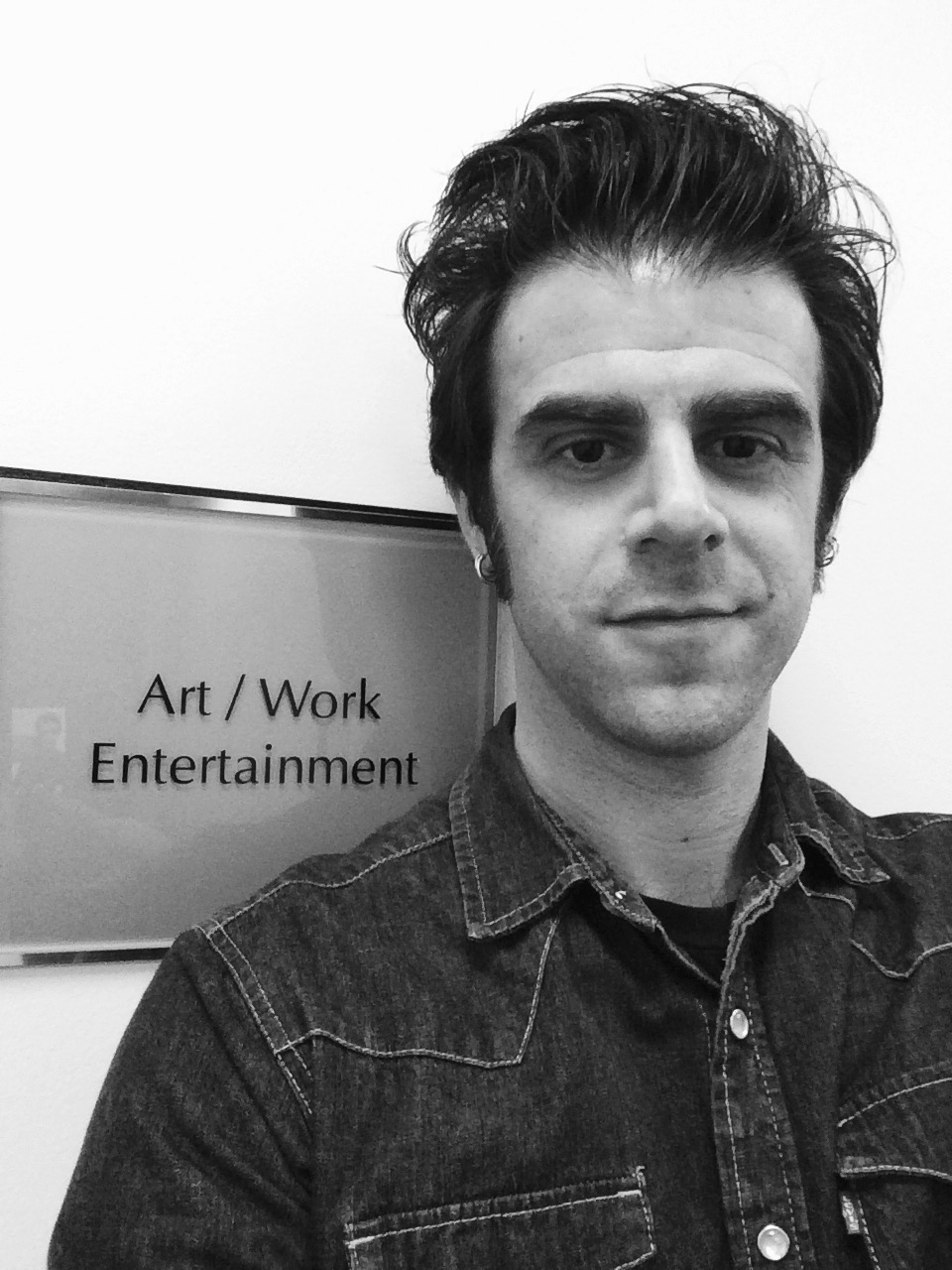