It was another testament to the surreal nature of the 2016 presidential race: a leading Democratic candidate lacerating the top Republican contender for not supporting Israel enough.

The Republican Party is more ardently pro-Israel than it’s ever been. Among Republican elected officials, there is probably not a single member of Congress who would not pass muster at an American Israel Public Affairs Committee conference. The GOP uniformly opposed the Iran nuclear agreement, which AIPAC and Israel vigorously tried to defeat, and all of their presidential candidates—with the exception of one—have won nothing but praise from conservative Jewish leaders.

But Donald Trump, that exception, has already said he would be “neutral” in the Israel-Palestinian conflict and seek an ambiguous “deal” that could be satisfactory to both sides. Mr. Trump, who is otherwise a supporter of Israeli Prime Minister Benjamin Netanyahu, raised countless eyebrows in the pro-Israel community when he made the comments during a February town hall. In a sphere where Palestinians are viewed as bad actors in a struggle with a democratic country, how could he say that?

Without mentioning Mr. Trump’s name specifically, Hillary Clinton’s speech at AIPAC’s Washington confab this morning took on that question directly. She said repeatedly that remaining neutral could not be an option for any presidential candidate. She even went as far to quote the author and Holocaust survivor Elie Wiesel to underscore that point: not taking a side was akin to sanctioning injustice.

“America can’t ever be neutral when it comes to Israel’s security or survival,” Ms. Clinton, the former secretary of state, declared. “We can’t be neutral when rockets rain down on residential neighborhoods, civilians are stabbed in the street, when suicide bombers target innocents.”

“Some things aren’t negotiable and anyone who doesn’t understand that has no business being our president,” she added, garnering a good deal of applause.

AIPAC, though not officially a lobbying group, has long been a major force in American political life, courting and pressuring elected officials on both sides of the aisle to defend Israel at all costs. They have an ally in Ms. Clinton, though she endorsed the Obama administration’s Iran deal, and certainly have reliable backers in Mr. Trump’s two Republican rivals, Sen. Ted Cruz of Texas and Gov. John Kasich of Ohio.

Among older voters and definitely conservatives, Israel’s security ranks as a top priority. But among increasingly secular millienials, sympathy is growing for the Palestinians, who younger progressives view as an oppressed minority akin to blacks in South Africa. This may have had something to do with Ms. Clinton’s leftist opponent, Sen. Bernie Sanders of Vermont, choosing not to appear at AIPAC today.

If Ms. Clinton was speaking exclusively about Mr. Trump at AIPAC—“encouraging violence, playing coy with white supremacists, calling for 12 million immigrants to be rounded up and deported”—her speech also served as an indirect rebuke to Mr. Sanders, who would prefer not to talk about Israel at all. Though he is Jewish and spent time on an Israeli kibbutz in the 1960’s, Mr. Sanders cares most about domestic issues and doesn’t want to run the risk of praising Israel too much at the expense of angering his liberal supporters or disavowing the Jewish State enough to completely alienate himself from the political establishment. Mr. Sanders did criticize Israel for killing Palestinian civilians during their 2014 war with Gaza but said little else, preferring to write the whole thing off as a difficult equation he couldn’t really solve. (Fixing the capitalist system, though, is well within reality for him.)

Ms. Clinton, who has more in common with the neoconservative wing when it comes to foreign policy, said she wanted to take America’s alliance with Israel “to the next level.”

“As president, I will make a firm commitment to ensure Israel maintains its qualitative military edge,” she said. “The United States should provide Israel with the most sophisticated defense technology so it can deter and stop any threats. That includes bolstering Israeli missile defenses.”

Ms. Clinton said one of the first things she would do as president would be to invite Mr. Netanyahu, an Obama antagonist and proud conservative, to the White House. “It would be a serious mistake for us to abandon our responsibilities or cede mantle of leadership for global peace and security,” she said. 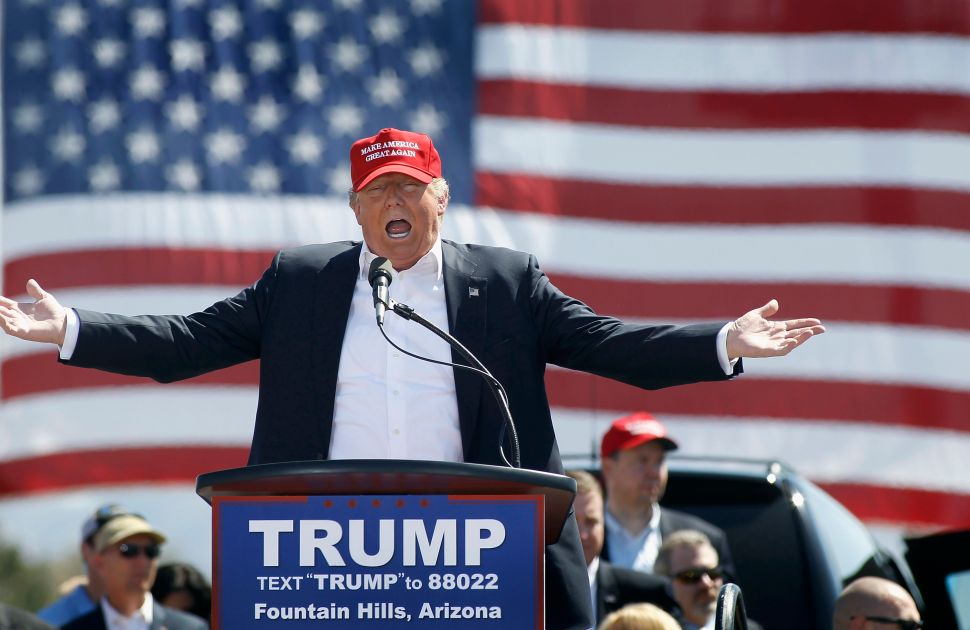