According to leading women in the New York tech industry, gender disparity will end only when companies start making a conscious effort to fight it.

At a panel discussion on Tuesday hosted by the tech firm Axial in honor of International Women’s Day, speakers from a variety of backgrounds addressed the status of women across tech companies—both where progress has been made, and where there’s still a way to go.

The industry remains notoriously male-dominated, and for many of the panelists, this is something that needs to be confronted head-on.

“It’s incredibly important to help women, and men, understand that this is structural, and it is broad-based, and it is not specific to a single person or a single situation,” Lindsay Ullman, a senior director at Sidewalk Labs, a startup focused on urban innovation, said.

Troublingly, technology firms have the lowest percentage of women at all levels, and women-owned companies in New York City today get just 17 percent of venture funding.

For several panelists, discussion of this disparity circled back to the issue of confidence. Ms. Ullman referenced the ‘confidence crisis’ women experience a few years into their careers, citing a recent study on how confidence levels are transformed after spending time in the workforce.

“When you’re 21, 22 or 23, you think you are even more likely be the CEO of your company than the guy sitting next to you,” she said. “But then, within five years, that confidence drops by 60 percent.”

Troublingly, technology firms have the lowest percentage of women at all levels, and women-owned companies in New York City today get just 17 percent of venture funding.

Panelist Anastasia Leng, founder and CEO of Picasso Labs, a start-up focused on image-recognition technology, attributed this to what an old manager of hers called “death by a thousand cuts”.

“It is being ignored for a promotion, it is not being invited to lunch when all the male engineers are going to lunch, that slowly erodes your confidence,” she said.

Also brought up was how common traits in women—like tendencies to over-think decisions or hesitate to take risks—often affect their experiences in the workforce. Panelist Laura Garnett, a strategist and media contributor, referenced a widely-cited study conducted by Hewlett-Packard that showed how differently men and women at the company approached promotions.

For Ms. Leng, this gap is an example of where companies need to take initiative.

“Oftentimes it means you have to train people to recognize when diversity is actually diversity and not a setback,” she said. “Female engineers tend to interview differently than male engineers, and caveating your answers, or showing a little bit less gusto and confidence, does not mean that you are less certain in your answer, it could just be a trait that’s developed over time.”

“It’s incredibly important to help women, and men, understand that this is structural, and it is broad-based, and it is not specific to a single person or a single situation” —Lindsay Ullman, senior director at Sidewalk Labs.

On the subject of the pay gap, too, panelists agreed that companies need to work to undo inequality that’s been engrained into the system over time.

Another panelist, Charlie Gray, founder and president of the consulting firm Gray Scalable, said one thing he’s learned working with different companies is that while pay disparity exists across the board, the reason isn’t exactly intentional bias. The primary factor that contributes to the salary offer made during hiring, he explained, is a person’s current or previous pay, so the pay gap often perpetuates itself even when employers think they’re offering a fair salary.

“So you have to make a really conscious effort to fix it, and understand that you’re gonna offer women significant increases to join your company,” he said.

Ms. Garnett noted that there are companies that have done just that, referencing how the cloud computing company Salesforce recently spent $3 million working towards fixing pay inequality among its employees.

“It’s an expensive thing, because you’re correcting what’s been done time and time again,” she said. “But I think it’s a positive, exciting example of what other forward thinking companies could think about doing.”

Ms. Ullman believes the first step for any company is sitting down as a team and having a serious conversation about diversity. “I think we’ve come a great distance in being honest with ourselves about where we are,” she said. 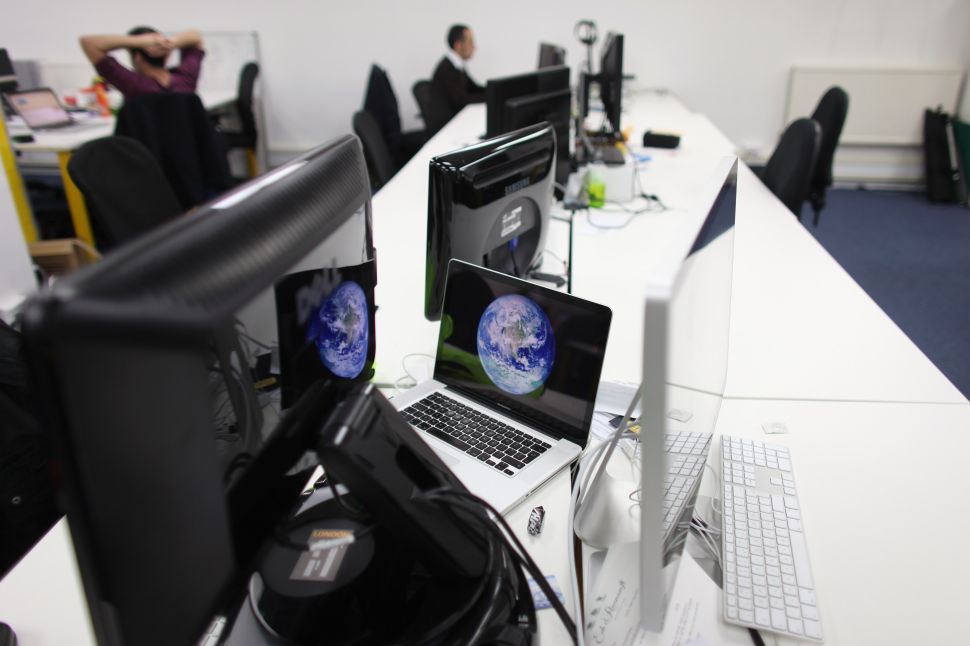