Senators Kip Bateman (R-16) and Senator Jennifer Beck (R-11) both want Kasich to get the Republican nomination for president.

The pair are on a list of hosts for a Kasich fundraiser in New Jersey scheduled for the month of April.

Kasich had another New Jersey victory tonight, too. 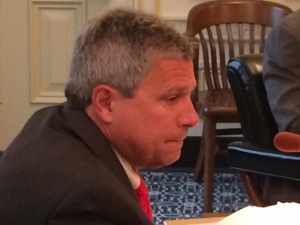