The final days of disco were mourned a few decades ago, but this past Thursday, New Yorkers pulled out their best lamé gowns and platform sandals. This wasn’t just any average costume party though; it was the Young Fellows Ball. The Frick Mansion, a legendary Upper East Side institution, was strung with disco balls and the lighting was dimmed. The mission? To relive legendary nights of dancing and debauchery at The Palladium.

Former club kids adore Studio 54, but often neglect to mention its equally iconic and flashy successor: The Palladium. It embodied the glamorous vision of excess that trumped the ’80s. It was the spot where the fashion, art and music scenes would unite with a combined adoration of disco. And it is a currently fashionable theme, with YSL basing its recent L.A. show around the iconic dancing spot, too.

Actress Emmy Rossum admitted that she hadn’t heard about the defunct club before, but made up for it with her adoration of the Frick. “I grew up coming here to listen to classical music with my mother,” she reminisced, adding that she was last in the Mansion for Carolina Herrera’s February fashion show.

Ms. Herrera was the partner of the evening and rather fittingly so. Back in the ’80s, around the time that her brand was founded, she was a regular at Palladium. “I have millions of memories from the club,” she told the Observer, but remained mum on the specifics.

“[The Frick] has always been my favorite place,” the designer did reveal. “I used to come here to visit, even before I lived in New York. It’s so special that they have a Vermeer, which many other museums in the world don’t have.”

The annual Young Fellows Ball draws a crowd of 600 art supporters, and not just because of its generous martini bar. The event, now in its 17th year, raises funds for the museum’s Art Reference Library and education program, which extends to New York City public schools across the five boroughs.

“The Young Fellows of the Frick Collection is a membership program for individuals between the ages of 21 and 39, who support the Frick through dues and special events,” said Karaugh Brown, the museum’s associate director for individual giving. They also receive access to curatorial talks and scholarly lectures, all of which groom the members for undertaking leadership roles in the future.

Amory McAndrew, a member of the Young Fellows Steering Committee, directed the evening’s attention back to the art: “The Young Fellows Ball offers the party, but the exhibits are open to walk through, too. It’s both a social event and a chance to see what’s on display.” In addition to the permanent collection, Young Fellows perused two special exhibits: “Van Dyck: The Anatomy of Portraiture” and “From Sèvres to Fifth Avenue: French Porcelain at The Frick Collection.”

This year, the Ball drew a crowd that included the offspring of rock royalty, Alexandra Richards; heiresses of American politics, Kyra and Kick Kennedy; and even Mrs. Herrera’s daughters, Patricia Herrera Lansing and Carolina Herrera de Baez. There were also plenty of fashion heavyweights: Stylists Micaela Erlanger and Erin Walsh, designer Wes Gordon and W’s top fashion editor, Rickie De Sole; many of them were decked out in fanciful frocks by Ms. Herrera.

Also on hand were the newest additions to the Carolina Herrera label: Laura Kim and Fernando Garcia, founders of the buzzy brand Monse. Ms. Herrera also handpicked them to join her label full-time as SVP of design and consultant, respectively, and they were already at work representing the brand. “I tried on a couple things every night after everyone went home,” admitted Ms. Kim of her black polka dotted Carolina Herrera frock. “Carolina is really into making her gowns to be light, to make all the girls feel comfortable.” It was indeed, like all the other delightful Herrera concoctions on view, a perfect gown to disco in until the witching hour. 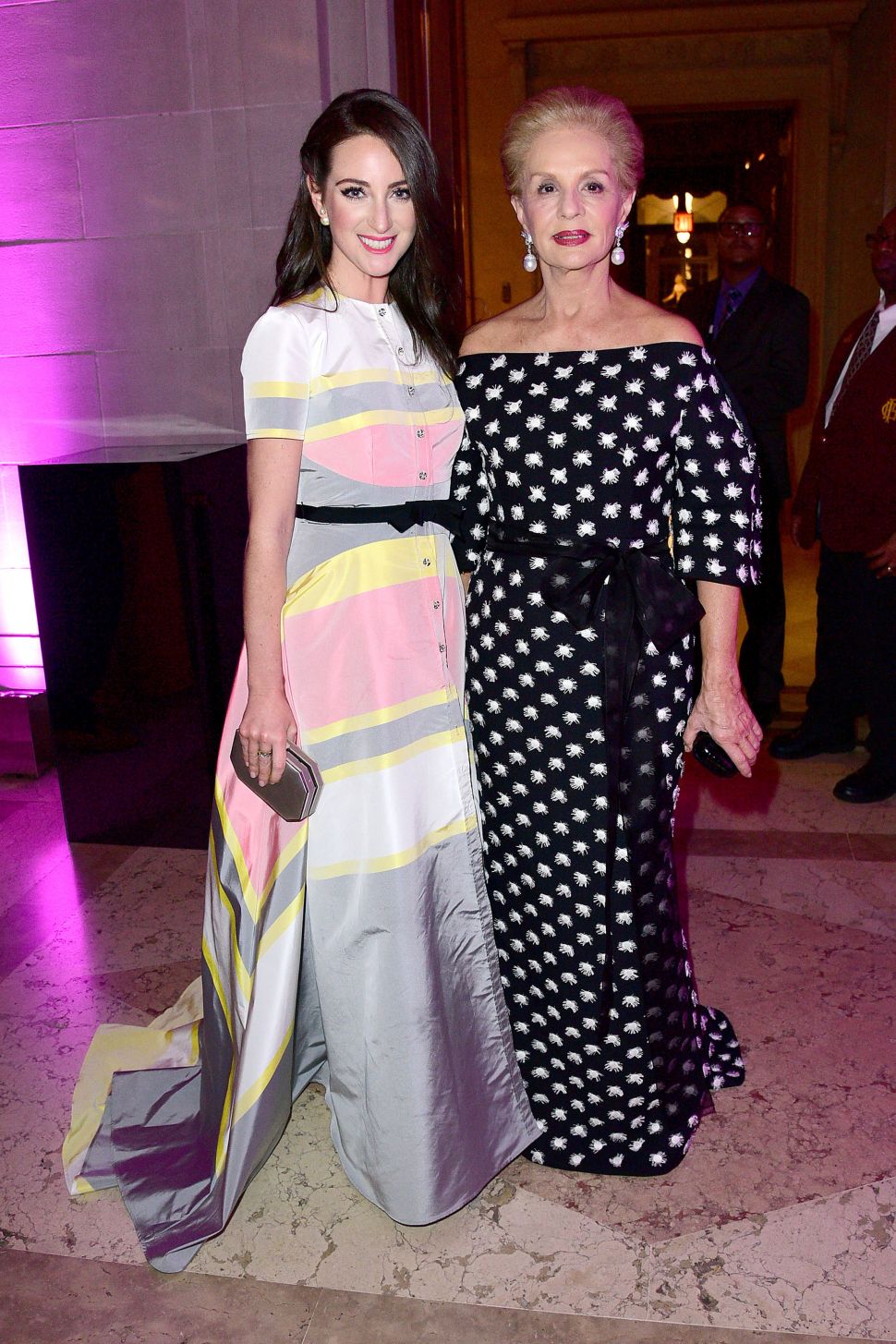