The intel was there. But the intel, apparently, went unheeded.

Haaretz, one of Israel’s daily newspapers of record, reported that Belgian and other intelligence agencies had specific threat warnings about the terror attacks that rocked Brussels on March 22nd claiming the lives of 35 innocent victims and wounding more than 200 others.

The simultaneous triple bombing attacks that took place six miles apart from each other, two at the airport in Brussels and the one at the downtown train station, should not have happened.

Haaretz said that the intelligence agencies had specific warnings about an attack that would take place at the train station. Anyone in the world of intelligence knows that intel of that type should automatically be extrapolated to include airports as well.

When Salim Abdselam, the terrorist leader responsible for the Paris bombings, was interrogated following his capture and arrest in Brussels four days before the bombing of Brussels, he bragged about the other terrorist cells that he had created.  He was arrogant and confident enough to talk about how those cells were poised to strike. Murdering 130 people in Paris wasn’t enough for him—he planned more.

But unfortunately the powers in charge ignored the warnings.

And now intelligence reports that 400 trained ISIS operatives are scattered in various cells throughout Europe planning attacks and scouting targets.

It is unthinkable that anyone, just anyone, can hop into a cab with bombs in their bags and enter an airport to blow themselves up.

Not dissimilar from the Paris attack, the terror in Belgium was perpetrated by two brothers. Their names are Khalid and Ibrahim El Baraouki and they were known to security officials as potential threats. One brother was actually expelled from Turkey and sent back to Belgium. (Turkish President Erdogan announced that fact.) When he arrived in Brussels the authorities interviewing him believed him when he said that the charges against him were all a lie—and they let him go.

Knowing the M.O. of these brothers and receiving the terror warning should have set alerted authorities to the attack that was to be perpetrated—and could have been avoided.

There is more pertinent information that was ignored by Belgian authorities.  Ever since the 1970’s when Palestinian terrorists attacked Jewish and Israeli tourists in Belgium and hijacked Sabena the Belgian national airline.  In response Israel gave Belgium important tactical plans to beef up security. If those plans had been in place it is unlikely that the attack would have been successful.

When terrorists simultaneously blew up trains in Madrid, Spain in 2004, security on trains and in train stations should have been upgraded worldwide. It should not have been up to two alert, vacationing, US Marines to foil an attack last summer when ISIS attempted to blow up a train en route from France to Belgium.   And why wasn’t security worldwide upgraded then?  Were leaders and security hoping the threat would disappear?  Wishful hoping does not thwart terror.

The Israeli concept of security at sites like airports and train and bus stations is called the layered approach.  The defense system is set up to catch unusual threats at the outer periphery.  If the what, or who, is not caught in the outermost layer, it is caught by a layer within.  That means surveying and checking people and possessions even before they enter a terminal.  It is not good enough to simply have a security screening station for people with boarding passes going to their gates.  This screening only protects the planes.

The major danger is the entrance hall.

It is unthinkable that anyone, just anyone, can hop into a cab with bombs in their bags and enter an airport to blow themselves up. Scanning passengers with boarding passes really protects the airplanes, it does not protect the passengers in the hall.

Israel has bolstered its airport and terminal security. They have access to the identifications of passengers before they even arrive at the airport.  They have an outer perimeter on the road which is the first screening layer and then they have numerous other layers.  Outside the terminal any one suspicious looking or acting is stopped and moved away from crowds. Inside the terminal there is more security, screening and cameras watching, once again, for suspicious behavior.

The Brussels terror attack was a terrible tragedy. Knowing now that the pieces were there and ignored makes it even more tragic.  It was a failure by Belgian security and by those charged with protecting their nation.  They should all resign and then they should be investigated and prosecuted. 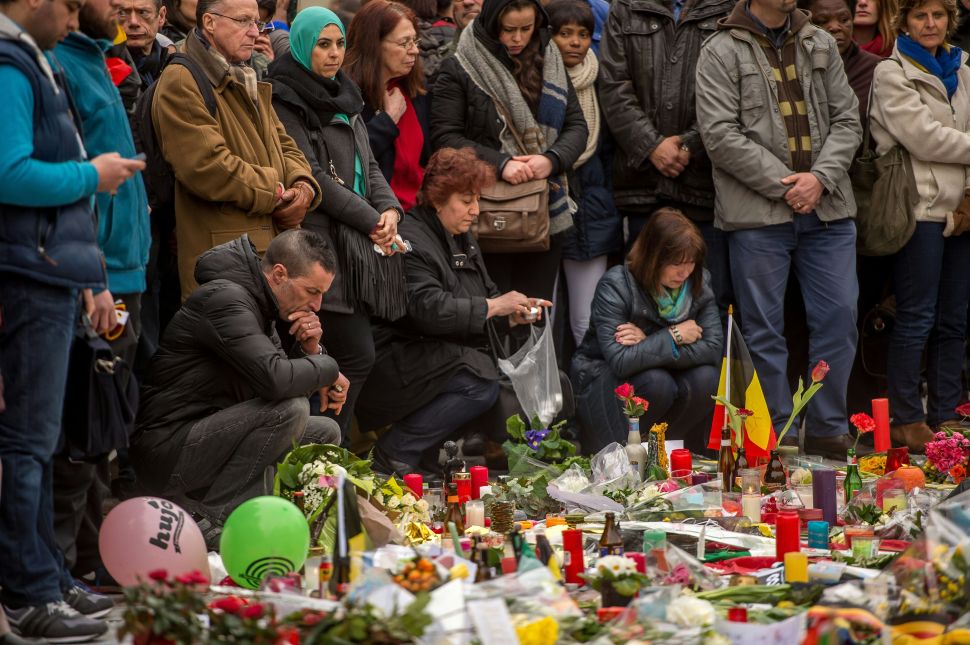