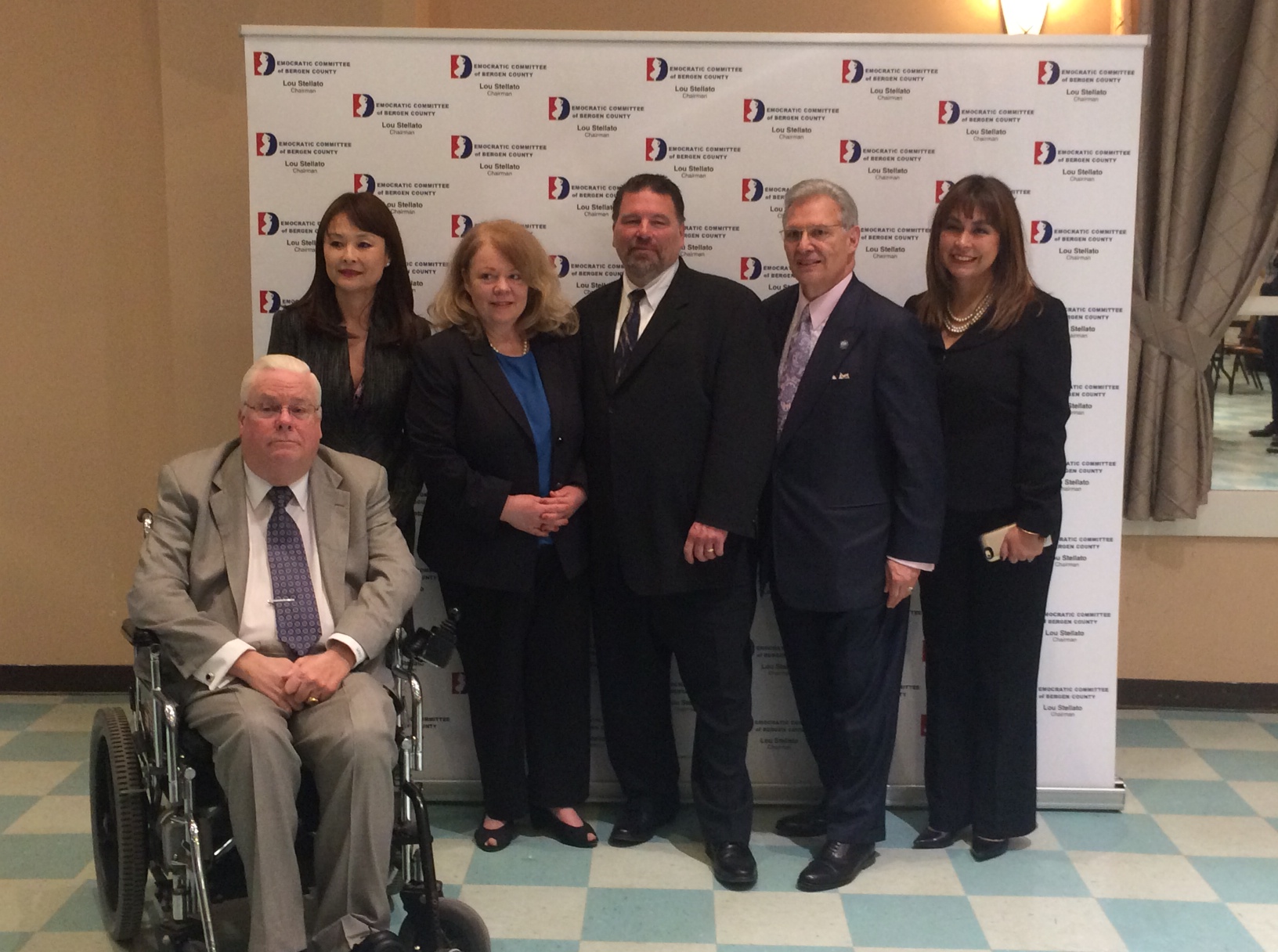 Candidates for surrogate and freeholder were among those chosen.

PARAMUS – Bergen County Democrats gathered at Paramus’ local IBEW 164 hall on Thursday night for the county’s annual convention. There, area Democrats decided who will represent them in races for congressional districts, for sheriff, for clerk, for surrogate and on the county freeholder board.

While the convention has no bearing on which names will appear on the primary ballots if there is more than one candidate pursuing the Democratic nomination, it does solidify the ticket and help candidates organize fundraising through a larger, more organized group. After tonight, they will have the support of the larger county organization as they approach the election.

According to Bergen Democratic Chairman Lou Stellato, the fact that 705 votes were cast at Thursday’s convention demonstrates the party’s strength in the county. He also said that the party is a “patchwork” not just “made up of white men.” In addition to announcing their candidates, the Democrats also announced Gloria Oh as the new Vice-Chair. 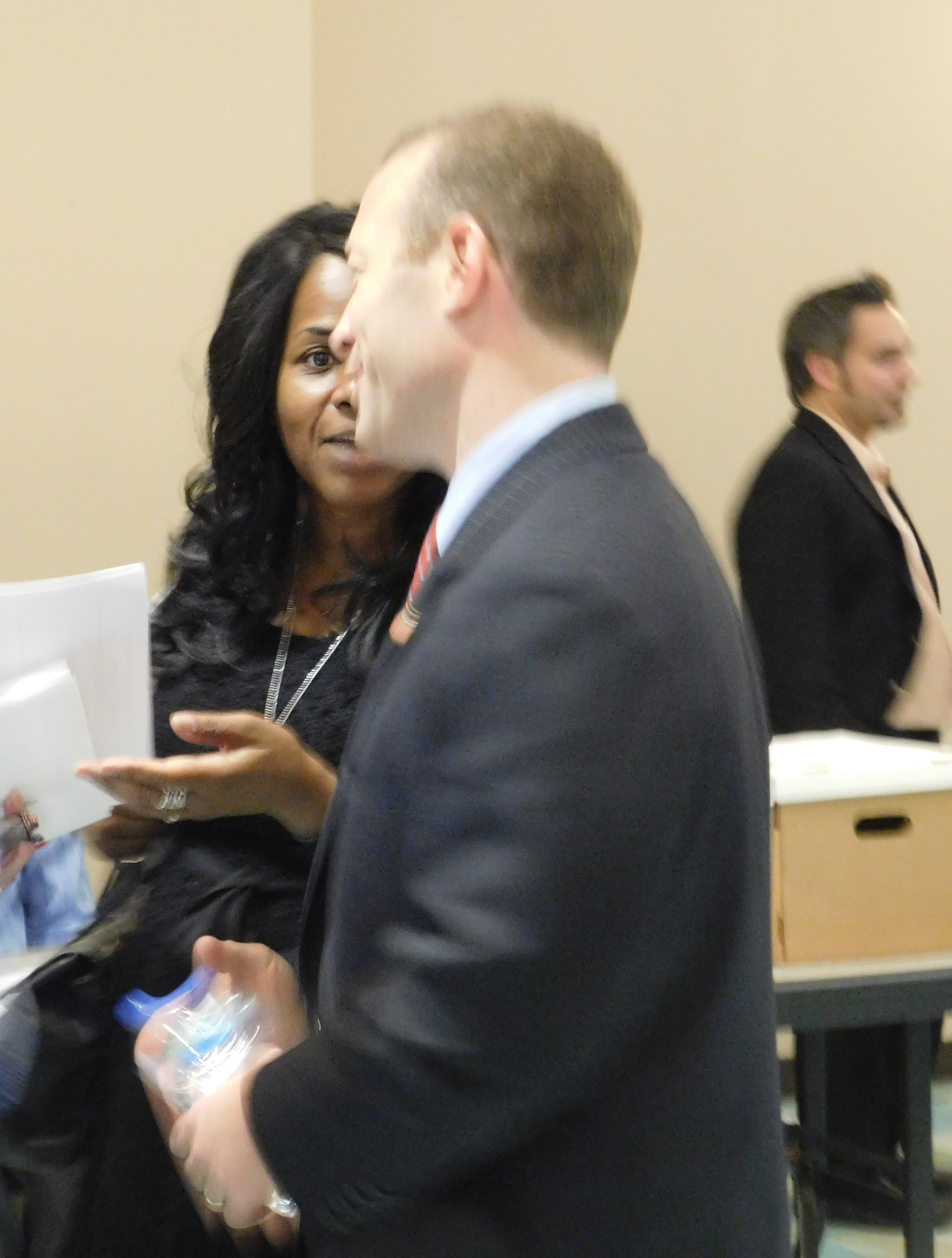 For Gottheimer, today’s vote marks the first day of an attempt to make inroads into Republican-heavy CD5. The Democratic Congressional Campaign Committee has selected the CD5 race as part of their “red to blue” initiative. As the group pumps funds into his campaign, it now rests on Gottheimer to try and topple Garrett.

In CD9 Bergen Dems supported Congressman Bill Pascrell’s run as the incumbent. Former Paterson Mayor Jeff Jones recently announced that he would be challenging Pascrell in the district. Soon after, state Democrats jumped to the support of Pascrell.

Bergen voters also supported incumbent Congressman Albio Sires in CD8. However, Fairview is the only town in CD8 in Bergen County.

On the freeholder board, Tom Sullivan will be running again in November to reclaim his seat. He ran and won in November of 2015, but his term was only one year. Mary Amoroso and Germaine Ortiz will also be on the Democratic ballot and will run for freeholder. Mark Zinna also had hoped to run but was not chosen for the ticket. If the candidates wins this coming November, Democrats can further solidify the majority they won on the board this past November.

Though neither Jersey City Mayor Steven Fulop or former Ambassador Phil Murphy hail from Bergen, both Democrats made appearances at the convention. Both are potential 2017 gubernatorial candidates, so their appearance at the event holds some added significance. Bergen County is New Jersey’s most populous county and by making appearances and shaking hands at events like these, it is possible both men are attempting to expand their voter base outside of their areas.

Voters also weighed in on which candidate they would like to see win the eventual Democratic nomination. Of the votes cast, 507 thought it should be Hillary Clinton while 158 thought the nominee should be Vermont Senator Bernie Sanders.

“This is Hillary country,” Stellato said. 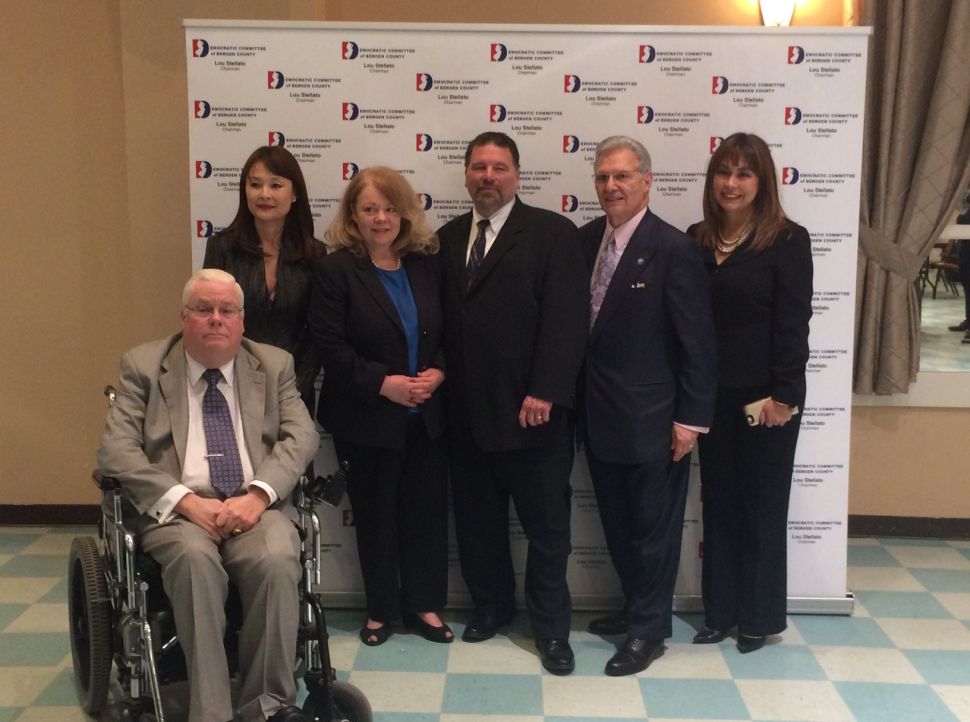