The Democratic National Convention, whether the nominee is Hillary Clinton or Bernie Sanders, should be a decisive launching pad for the next great progressive reformation of America, the revolution in campaign finance reform that both Mr. Sanders and Ms. Clinton champion, and a new era of equal justice under law for the nation.

In my column in The Hill newspaper on Thursday I suggested that before and during the convention Mr. Sanders and other progressive leaders should launch a People’s PAC, funded by small donors, to support progressive candidates throughout the nation with the purpose of electing not only a president but a Democratic Senate and House to enact a progressive agenda.

My hope is that both candidates agree to be positive about each other and champion their respective visions for America.

As the Democratic convention comes closer, both Mr. Sanders and Ms. Clinton will continue their campaigns, as they should. My hope is that both candidates agree to be positive about each other and champion their respective visions for America, and with great respect to President Obama, I would counsel him to avoid the temptation to opine about which candidate should be nominated or hint that any candidate should withdraw, which would be both wrong and unwise.

At the same time we should all begin thinking seriously about the convention, from the Platform Committee that will include supporters of both candidates and should be a source of unity behind progressive proposals, to the choice of the keynote speaker, who I have suggested might be Sen. Elizabeth Warren, to set the tone.

On the matter of campaign finance reform Mr. Sanders and his devoted army of small donors have indeed begun a real-time revolution. It was astounding and wonderful that in the month of February alone Mr. Sanders raised $42 million from small donors—a powerful progressive answer to a politics dominated by super-wealthy special interests and the mega-super-PACs and lobbyists corrupting and deforming our democracy.

In my view it would be a blessing for American politics and a generation-defining inflection point in American history if the small donor revolution that Mr. Sanders and his supporters have pioneered becomes the engine for a new and lasting progressive movement that would be dramatized and empowered by the Democratic National Convention.

This People’s PAC could include a prominent role for two other progressive leaders whom I have long supported. I was one of the first columnists to call for a draft to put Elizabeth Warren in the Senate and she serves today as the progressive conscience of the Senate. I was also an early supporter of the campaign to elect Bill de Blasio as mayor of New York and will soon endorse with enthusiasm his re-election as mayor of the city that never sleeps and the town I have loved since I was first born in the borough of Brooklyn!

My view is that the great contributions of Mr. Sanders, Ms. Warren and Mr. de Blasio have only begun to reshape American history.

My view is that the great contributions of Mr. Sanders, Ms. Warren and Mr. de Blasio have only begun to reshape American history. A People’s PAC could easily raise $250 million and become instrumental in electing progressives and restoring Democratic and progressive leadership and control in the Senate and House.

While Republicans discuss whether they will have riots at a Republican convention that may well be dominated by a nominee who expresses his admiration for Vladimir Putin and divides the nation with a politics of insults and enemies lists, the Democratic convention should be a unified revival of the progressive movement with every evening of the convention becoming a night of a thousand stars and a vehicle to raise huge amount of money—combining the power of television and social media—for a People’s PAC to elect more progressive stars to the Senate and House.

In this spirit in public and private I am urging my brothers and sisters who support Ms. Clinton to pay great respect to, and seek maximum accommodation with, Mr. Sanders and his supporters who are doing so much to revitalize American democracy.

Similarly, and equally, I am urging my brothers and sisters who support Mr. Sanders to fully appreciate the fact that on the great issues that separate the left from the right and Democrats from Republicans there is substantial agreement between the two Democratic candidates.

Regarding the revolution in campaign finance reform and the cleansing of our democracy by reversing the vile Citizens United decision there is 100 percent agreement between Mr. Sanders, Ms. Clinton and all progressives.

Personally I was sickened and appalled by the Citizens United decision, which I immediately called one of the worst Supreme Court decisions since slavery. Citizens United virtually legalized the power of the most wealthy special interests to employ massive sums of money, often donated in secret without public disclosure, to buy the democracy of our country. Citizens United is a direct and aggressive attack against one person, one vote that is the core value of American democracy.

What is equally appalling is that the same Supreme Court majority of five conservative Republican men—a majority that no longer exists—sought to attack and undermine another core American idea, voting rights.

What is equally appalling is that the same Supreme Court majority of five conservative Republican men—a majority that no longer exists—sought to attack and undermine another core American idea, voting rights. It is absurd that any court could give wealthy special interests the power to buy our elections while supporting those who would suppress and destroy the right of men and women to vote in them.

Make no mistake, the GOP obstruction against President Obama’s nomination of Judge Merrick Garland to the Supreme Court is an attempt to effectively cause a government shutdown of the court to prevent it from reversing Citizens United and voting rights cases, and to preserve the voter suppression abuses that were allowed by the five conservative Republican justices on the court which serve the political interests of the Republican Senators who obstruct Judge Garland’s confirmation.

Nothing would do more to guarantee the reversal of Citizen’s United and revival of voting rights than the election of either Ms. Clinton or Mr. Sanders.

A People’s PAC revolution of small donors, promoted through television and social media throughout every day of the Democratic convention and beyond, would raise huge money to support progressive candidates for the House and Senate and bring the next great progressive reformation for America with a Democratic president and a Democratic Congress. 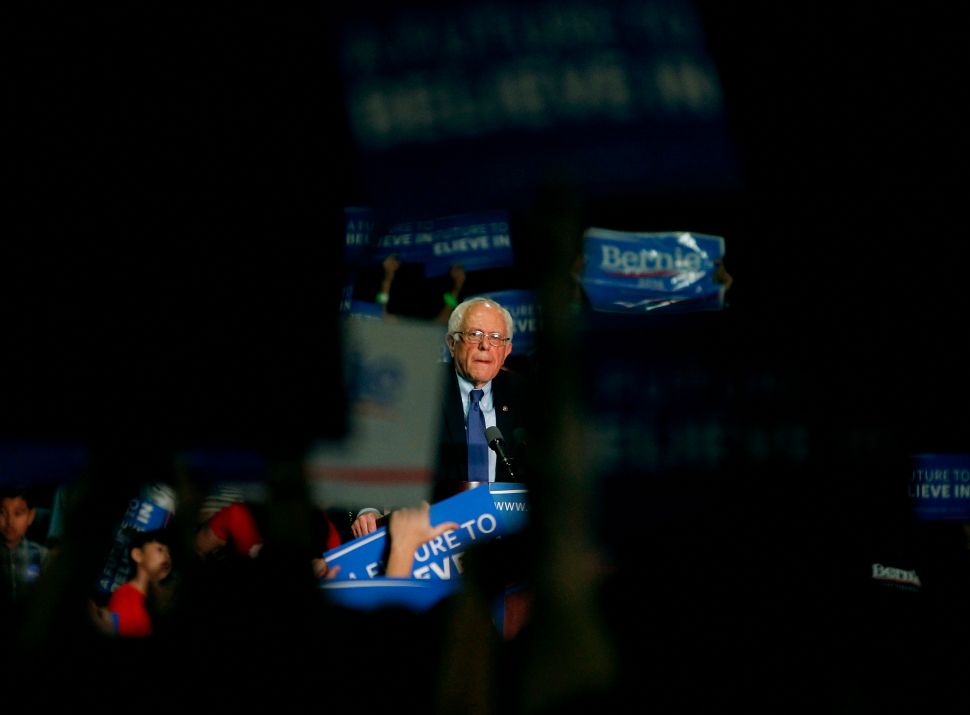