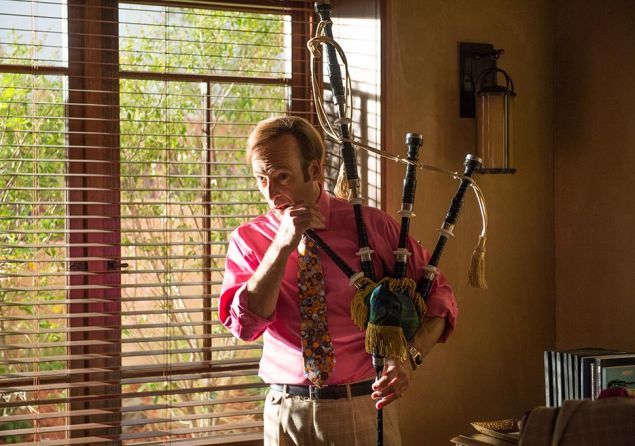 You don’t have to be a particularly superstitious sort to feel getting the idea for your new business by ripping your business card in half is something of an inauspicious omen. All we are left to conclude, then, is that Kim Wexler was bitten by a radioactive Neil de Grasse Tyson. How else to explain her apparently total lack of heebie-jeebies about beginning a not-quite-a-partnership with her boyfriend Jimmy McGill by symbolically tearing them apart? The idea of her abandoning a promising partnership-track job for him—after more or less losing another on his behalf—already had me murmuring Don’t be a moron, Kim at my screen. The specific way she did it had me ready to burn sage just to clear out the horrible mojo.

That, my friends, is effective television!

Which is par for the Better Call Saul course, of course. Lopsided interest levels in the Mike and Saul halves of the story aside, the show has spent its second season earning acclaim (if not an audience) that rivals its predecessor Breaking Bad in largely counterintuitive fashion. It’s kept the life-or-death stakes to a bare minimum (by this point last year Jimmy, as he helpfully recounts in tonight’s episode, had been hogtied in the desert with a gun to his head). It’s kept the volume way down (except when Jimmy’s playing the bagpipes in his office). It’s a quiet marvel more concerned with doling out little discreet slivers of human behavior, preserved in musical montage sequences like individual slides in a projection reel, than in watching that behavior wreak havoc writ large.

And “Inflatable,” last night’s episode, contained the most entertaining montage of the lot. Set to Dennis Coffey and the Detroit Guitar Band’s “Scorpio,” a staple sample source of hip-hop’s golden age (I recognized it from “Bust a Move” and “Jingling Baby”), the sequence sees Jimmy draw inspiration from one of those godawful inflatable dancing men strip-mall stores use to attract attention to do just that—attract so much attention around the Davis & Main office that they’ll fire him rather than force him to quit and thus lose his bonus. Seventies-style split screen shots spotlight the spectacular sartorial sense associated with Saul Goodman as his prior self starts dressing loud and acting louder, from running a juicer in the breakroom to practicing the bagpipes during office hours to admitting he’s the firm’s phantom pooper. (“That was me.” “Jimmy, I just said I don’t wanna know!” God bless Ed Begley Jr., America’s funniest square.)

It’s Jimmy’s idea to use his rescued bonus to make Kim an even better offer than either her current firm or that of Richard Schweikart, whom he calls “Howard Hamlin by another name.” It’s not until Kim literally calls him “Howard” as she departs her interview that she realizes how right Jimmy is. The thing is, though, so what? If not for Jimmy, she’d be doing just fine with Howard, and would likely do so with Schweikart as well. It’s true that we learn, in a revealingly un-revealing exchange during her interview, that Kim has a go-nowhere midwestern childhood in her background that she left behind because she wanted, as she puts it in a single word, “more.” But it’s Jimmy and his “Wexler McGill” die-cut business card that really put the loose-cannon bug in her ear, in much the same way that the grifter we see in the flashback to Jimmy’s own midwestern childhood that kicks off the episode put it in his. Tear up the card and declare yourselves private practitioners sharing office space all you want, Kim—that bug is contagious and chronic.

And thanks to the existence of Breaking Bad, we know its terminal stage—though not for Kim. That’s what makes her well-intentioned but no doubt disastrous decision to hitch her star to Jimmy’s wagon such a queasy thing to watch: She’s not in Breaking Bad, and it’s hard to imagine she leaves Jimmy on good terms. This is one of the show’s best uses of prequel judo so far, utilizing the weight of the original series against the uninvolved characters as they attempt to move forward.

What about Mike, the other core BB castmember on BCS’s roster? He takes Hector Salamanca’s deal and transparently reverses course on Tuco’s gun charges, which everyone involved sees right through. It sticks in his craw, clearly. Yet there’s something about him that sees self-sacrifice, even self-abnegation, as penance—not redemption, which I don’t think he believes in, but a way to derive some justice from his unjust life. Hit up once again for money by his daughter-in-law (Where does she think a retired cop is coming up with all this cash?), he winds up outside the Salamancas’ restaurant hangout, glaring murderously. Whether or not he’s the guy who winds up putting Hector in the wheelchair we see him in when we first meet him in Breaking Bad is almost immaterial; the point is that when we watch Mike watch the restaurant through his windshield, we know no good will come of this. The difference between Mike and Kim is that he seems to suspect this, too, and believe it’s no more than he deserves. 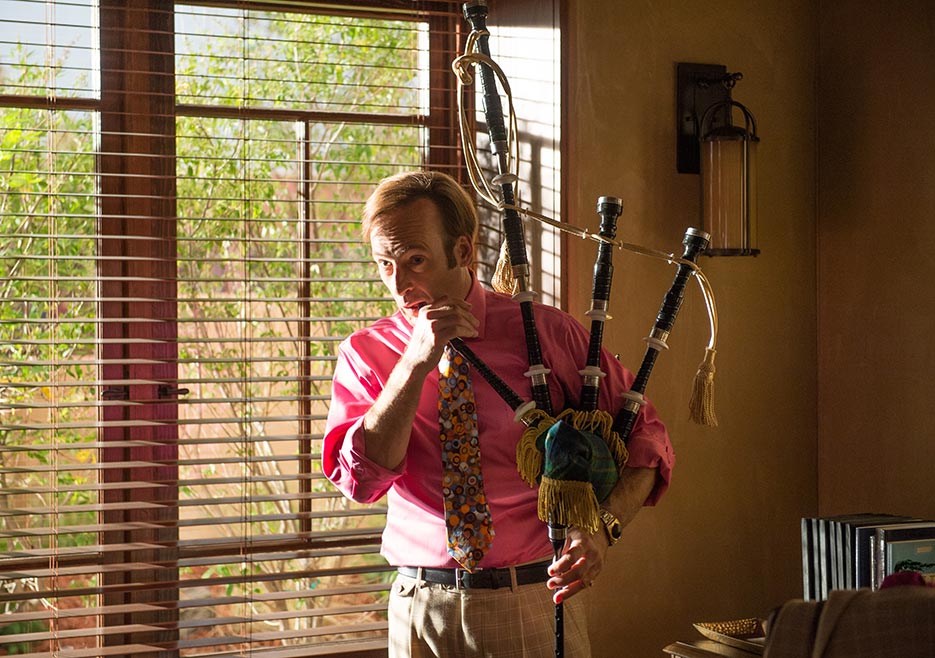