Better Call Saul is two of the best shows on TV right now. One of them is a subtle, period workplace drama about a con man trying desperately to go straight but finding his old ways too lucrative to avoid employing in his new life too. The other is an ominous slow-burn thriller about a retired cop with the eyes of a Methuselah and the voice of a mausoleum door, slowly being drawn into a life of crime he’ll be better at than anything he was before, but which will inevitably destroy him, body and soul. If AMC put these two shows on back to back, it’d have a hell of a programming block on its hands. But if it ran the period workplace drama while some other network played the doom-laden quiet-man crime thriller in the same time slot…well, I know which one I’d DVR and which one I’d watch live.

The problem facing BCS in “Amarillo,” this week’s episode, is that the show’s current setup—separate storylines starring Bob Odenkirk’s Jimmy McGill and Jonathan Banks’s Mike Ehrmantraut—feels way more like a head-to-head match-up than a back-to-back tag team. Put simply, this is not flattering to the Jimmy material. Which is a terrible shame, because the Jimmy material, judged by any other standard, is quite strong! It’s hard now to imagine a better dramatic role for Bob Odenkirk than the blarney-spouting failson of the McGill clan. He makes Jimmy effortlessly endearing to the old folks he more or less illegally solicits into joining his firm’s class-action lawsuit against their nursing home, and a masterful salesman to the skeptical film students he hires to shoot a commercial for the suit. (Remember how great Saul Goodman was with kids back in Breaking Bad? Same principle.) He’s equally natural and lived-in when he chafes against his older brother Chuck’s (obnoxious) condescension and (justified) suspicion, or when he takes the easy, avoidant way out any time he has to talk to his girlfriend Kim or boss Clifford Main about anything unpleasant. He’s a fully formed person whose range of emotion and action all seems to flow from the same set of ideas and experiences, rather than a collection of plot beats and character types given human form. He’s Mad Men rather than Billions, in other words. Add to this the show’s consistently thoughtful and off-kilter cinematography—best demonstrated here by the natural lighting of the woodsy Davis & Main bullpen and the shot in which an out-of-focus Jimmy wanders to the door to listen to the phones ring as the lines light up green in the foreground—and you’ve got a solid show. Pair it with Halt and Catch Fire and your “subtly observed workplace dramas from the compact-disc era” needs would seen to in style.

But forcing it to jockey for airtime against Mike’s glacial, inevitable descent into the criminal underworld is like putting Halt up against Fargo: Even if you like them both, it’s just not a fair fight. You’re asking a story about a class-action lawsuit against an assisted-living community to slap leather against a killer cop who looks and sounds like Clint Eastwood’s tougher, more stoic father getting hired to perform his first hit. You’re putting the head of Jonathan Banks, as massive and craggy and impressively ancient as the lunar landscape, on the screen and then asking us to look away for minutes at a time, when all we wanna do is watch how he tilts that head back in frustration, or winces in annoyance, or sucks in his breath and turns his head to the side when he hears something he doesn’t want to hear. Seriously, I could just watch this dude slowly walk into his toll booth and lean back exhausted after an all-night stakeout for an hour and be happy. Jimmy’s gift of gab is a beautiful thing, but it simply can’t compete against Mike’s bottomless, wordless weariness. I like the Jimmy stuff; I love every second of the Mike stuff.

So I find myself wondering if in giving us two origin stories for the price of one, Saul hasn’t given us one origin story too many. At the very least, it’s left us with an extremely lopsided single series. Despite the strengths of both halves, one feels like a witty but melancholy satirical character study, the other like a Biblical prophecy, or a Cormac McCarthy novel. If they could somehow surgically separate the two, giving each its own half season or running the series like an anthology…I dunno, it’s a moot point. It’s just too bad, is all. I like both these shows. I’m just not sure I like them at the same time. 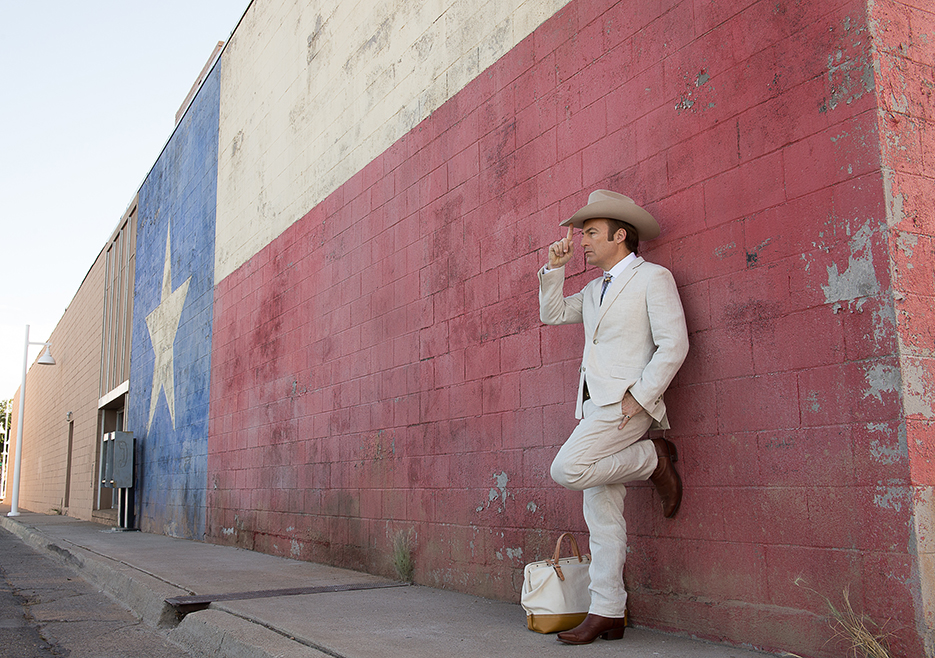