Bill Clinton went on a tour of Manhattan organized labor headquarters today—promoting his wife, picking up endorsements for the campaign and jabbing at Vermont Sen. Bernie Sanders.

The former president hit the home bases of 1199 SEIU, the United Federation of Teachers, DC 37 and the Building and Construction Trades Council of Greater New York—all of which have now endorsed Hillary Clinton, the former secretary of state, the latter two just this afternoon. The Democrat echoed many of his wife’s talking points, and described her as a “real change-maker,” in alleged contrast to her underdog rival.

“There are plenty of differences between Hillary and her opponent in the primary,” Mr. Clinton said at the Building Trades rally, never mentioning Mr. Sanders by name. “The most important thing is, you need somebody who will be a responsibility candidate, somebody who will say ‘what are we going to do now?'”

He alluded repeatedly to Mr. Sanders’s opposition to a 2007 immigration reform bill—a bill also opposed by most labor unions—and his votes against making firearm manufacturers liable for gun deaths and against a ban on weapons on trains. Like his wife, he argued that President Barack Obama’s signature healthcare legislation and suite of Wall Street regulations represent the high watermarks of what is possible on both issues. Mr. Sanders, by contrast, has generally cast both the Affordable Care Act and the Dodd-Frank financial rules as diluted disappointments.

“If this election was only about who was the most qualified, looking back on her service as secretary of state, a senator and the White House and before, it wouldn’t be a close question. If it were just about who’s got the best ideas, I don’t think it would be a close question,” he said at the DC37 event.

The former president’s recurring point was that Ms. Clinton alone had a record of achievements and the know-how to enact her agenda.

“Everybody agrees we’ve got to do something about income inequality. Everybody agrees, who looks at it, that the system for too long has been rigged against ordinary people. Hillary says ‘yeah, but the question is what we’re going to do about it?'” he said at the DC37 rally, a point he revisited in his speech to the UFT crowd. “There are some areas where there are real differences in the records of these two candidates, mostly on gun safety and immigration reform. But the real difference was, she was always on the front line. She was a change maker.”

But Mr. Clinton in particular argued that his wife’s campaign reflects a fundamental optimism, as well as a nostalgia for the boom years of his presidency in the 1990s. Mr. Sanders has often attacked Clinton-era economic policies for widening the disparity between rich and poor, allowing the outsourcing of manufacturing jobs and for deregulating the financial sector.

“Believe me, we are on the verge of growing together again,” Mr. Clinton said. “And in the end, really who you’re for may depend on whether you believe that.” 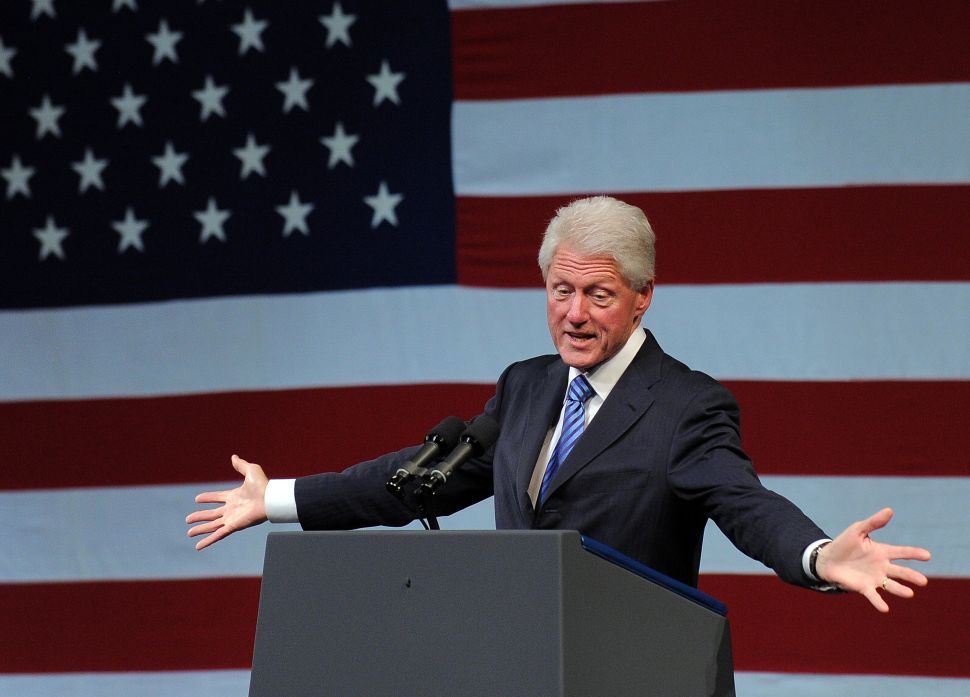