Robert Reich is an impassioned icon for Bernie Sanders’ supporters, often referenced to validate the public policy proposals of Mr. Sanders’ presidential campaign. Mr. Reich has written 14 books including his most recent Saving Capitalism, and is the co-creator of Inequality For All, a documentary exposing surging wealth inequality in America. At 4’11” Mr. Reich’s career has long been focused fighting for the little guys—specifically, those taken advantage of by the economically powerful. Mr. Reich served in the administrations of Gerald Ford and Jimmy Carter, and was the Secretary of Labor for the Clinton administration in the 1990s. His achievements earned him a spot on Time Magazine‘s 2008 list of the ten most successful cabinet secretaries of the 20th century. Mr. Reich currently serves as the Chancellor’s Professor of Public Policy at the University of California-Berkeley.

One of the most polarizing differences between Mr. Sanders and Hillary Clinton is their stance on reforming Wall Street in the wake of the 2008 economic recession. “Hillary Clinton doesn’t want to resurrect Glass-Steagall and does not want to bust up the biggest banks,” Mr. Reich told the Observer. “Unless you are prepared to do that, the danger to the entire financial and economic system is simply too large. Her proposals contain some good ideas but they don’t go nearly far enough.”

In contrast, Mr. Sanders has repeatedly proposed to break up the biggest Wall Street banks, reminiscent of the trust-busting reforms enacted by Theodore Roosevelt in the early 20th century in response to the rampant monopolization of the Gilded Age that socially stratified the country.

‘He is one of those very rare people in American politics who sticks to his guns and doesn’t confuse means with ends.’

Mr. Reich recommends a two-pronged approach to reform, with the first step being to break up big banks.

“There’s no reason they have to be that large—there are no economies of scale that benefit the public in having banks that large,” he said. “The second prong is separating commercial banking from investment banking. There’s absolutely no reason why they should be combined, particularly given that the government insures the commercial deposits against losses. It’s very important not to allow banks to use these commercial deposits for the purposes of gambling in derivative markets or any other financial markets.”

“There is no question in my mind or in the mind of any policy people who have taken a hard look at healthcare systems around the world that a single payer system is far less expensive, far more efficient, and in most cases delivers better quality healthcare than a system based upon private for profit health insurers. That’s because private for-profit health insurance systems have many costs such as advertising, marketing, complex billing systems, and executive pay (which is competitive with other executives at the highest levels of executive pay in the private sector). All of these extensions work to the detriment of consumers.” He added, “the affordable care act is certainly better than what we used to have, but there are still millions of Americans who do not have health insurance and even those who do are paying more and more in deductibles and co-payments. We simply have to move toward a single payer system and I am hardly alone in believing that. That is the consensus among policy professionals who understand health care and health insurance.”

Mr. Reich noted the difference in opinion lies on the feasibility of moving to a single payer system. “Those who say Bernie Sanders’ plan is unrealistic assume Republicans in congress would never buy it. After all, they have tried desperately to repeal Obamacare. But, if Bernie succeeds in being elected that would be a very clear signal of the public’s willingness to take the next step towards a single payer plan and it may also change the membership of congress.”

I endorse Bernie Sanders for president of the United States. He's leading a movement to reclaim America for the many, not the few.

“I have always been impressed by his steadfastness and his principled positions. He is one of those very rare people in American politics who sticks to his guns and doesn’t confuse means with ends. He keeps the ends clearly in mind, and also does his homework. He understands public policy, but he also understands politics.” 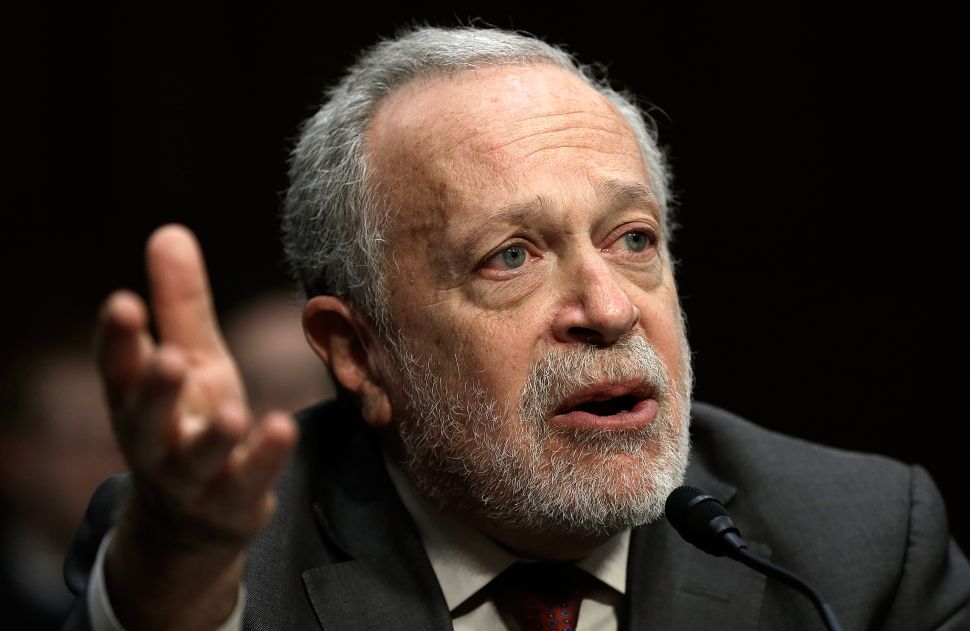