Mayor Bill de Blasio told reporters today that he and his nemesis, Gov. Andrew Cuomo, still regularly chat on the phone—despite increasingly bitter friction between the rival Democrats over homelessness and state funding for Medicaid, affordable housing and the City University of New York system.

Talking to reporters after an unrelated event in Lower Manhattan, Mr. de Blasio said he still speaks with the governor. The two men worked together at the federal Department of Housing and Urban Development during the Clinton administration, and described themselves as “friends” for years, before their respective offices and ambitions thrust them into an interminable political gunfight.

“I talk to the governor, typically, you know, could be a couple times a week? I think the last conversation was probably last week, I’m not sure of the exact day,” he said. “But we stay in touch, the two offices talk all the time—that doesn’t mean we always agree, but we’re always talking.”

However, the mayor was unable to say what exactly he and the governor had discussed. But he said he remained concerned about the governor’s calls to reduce the state’s contribution to the CUNY schools and to the spiking costs of Medicaid.

After Mr. de Blasio and the press howled over Mr. Cuomo’s proposals to force City Hall to triple its contribution to the universities and to finance the increasing expenses of the low-income health insurance program, the governor insisted his plan would not “cost the city a penny.” He claimed instead that he was interested only in working with Mr. de Blasio to streamline the bureaucracy.

But the mayor said today the governor’s staff has not answered his office’s requests to schedule a meeting to identify potential savings in both programs.

“In terms of conversations with the governor, we have offered to sit down on those efficiencies and reforms. The answer that we’ve gotten is that time is coming soon, but we have not been given a venue to do that in, but we welcome it,” he said. “In the meantime, we’re going to keep the governor to his word, obviously, that those cuts will not happen and will not effect New York City in terms of CUNY and Medicaid.”

The mayor also pushed back on attacks from Mr. Cuomo’s staff on the city’s Human Resources Administration Commissioner Steven Banks, who has complained of unresponsiveness from agencies under the governor’s control, and exchanged a highly public series of letters with the state over conditions in the homeless shelter system. A Cuomo spokeswoman questioned whether Mr. Banks, a former Legal Aid Society attorney, had the proper qualifications to handle homeless issues in a statement to the Wall Street Journal earlier this week.

“We have chosen the best person to work on these issues,” Mr. de Blasio said, citing Mr. Banks’ history of advocating for the indigent. “If any other level of government doesn’t like that, doesn’t bother me. I’ve got a job to do and he’s the right guy to do it.”

The mayor insisted that “it is very common for different levels of government to have different viewpoints.” But he would not characterize the relationship between his office and the governor’s as “normal” when asked by the Observer.

Mr. Cuomo’s office did not immediately respond to requests for comment. The deadline for the state budget—which will determine Albany outlays for affordable housing, Medicaid, CUNY, homeless services and a range of other issues—is April 1. 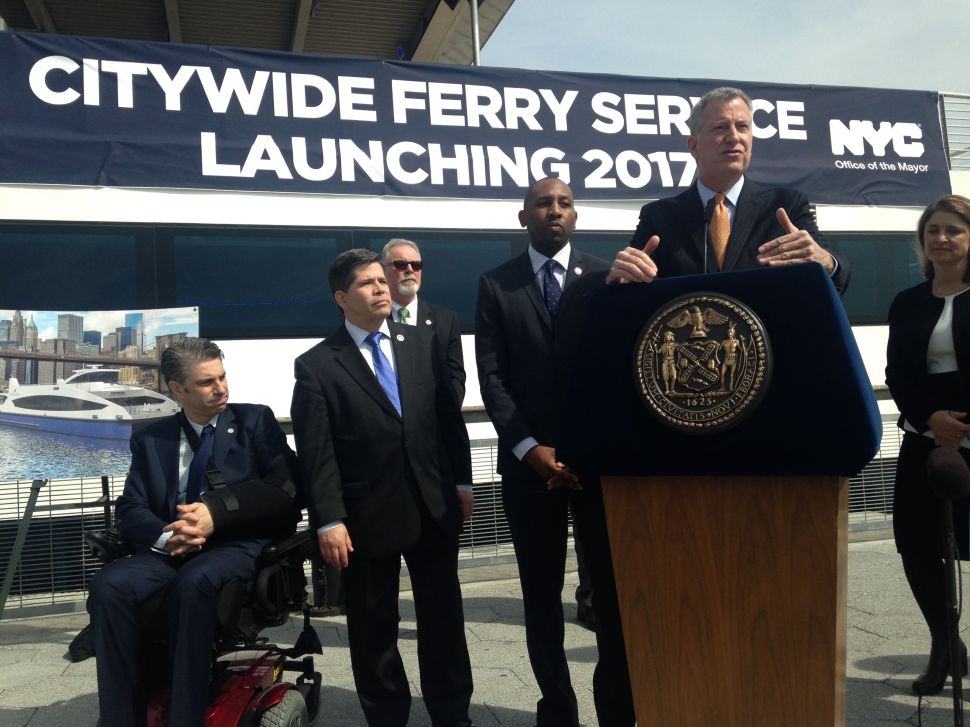