TRENTON – The New Jersey Assembly Monday voted to pass A2750, a bill aimed at combating pay disparities derived from gender in the workplace. The bill, which received 53 ‘yes’ votes, 14 ‘no’ votes, and 6 abstentions, will now head to Governor Chris Christie as it was already passed in the state Senate.

“Women in every state and in nearly every occupation experience the pay gap,” said Muoio “Over their lifetime this can have a significant impact on their financial security. Stricter measures to ensure parity in the workplace are clearly needed.”

If signed into law, A2750 will modify current law in an effort to strengthen protections against employment discrimination and promote equal pay for women.

One Assemblyman who did not support the passage of A2750 was Republican Jay Webber who objected to the bill on grounds that it would be harmful to employers and the New Jersey economy.

“It is not really about equal pay,” Webber said of the bill. “If this bill became law, it would be wonderful for my law firm and my bottom line. But, I will vote against it.”

According to Webber, though equal pay for equal work is a goal, A2750 provisions that could allow for long-term back pay of wage disparities would be harmful. He also said that the impact on the state as a whole would be detrimental.

In the Senate, the same bill was S992. In that house, it was sponsored by Senate President Steve Sweeney and Senate Majority Leader Loretta Weinberg, among others. 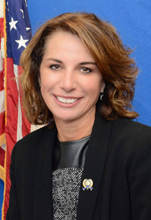