Bronx Borough President Ruben Diaz continued his criticism of Mayor Bill de Blasio’s re-zoning efforts at a speech to the Association for a Better New York breakfast this morning—and afterward wouldn’t quite rule out taking a run at his fellow Democrat.

“I have every intention today to run for re-election,” Mr. Diaz told reporters after his speech at the Hilton in midtown. “With that said, this is my twentieth year as an elected official, I’ve seen a lot happen. One never knows. We’ll see what happens.”

Mr. Diaz delivered remarks today that mainly focused on doing what a borough president typically does best—serving as a cheerleader for their home borough. He spoke about the drop in crime, the increase in jobs, the growing interest in the area for both commercial and residential development, and the borough’s food scene. Despite his frequent back-and-forth with Mr. de Blasio and his cozy relationship with Gov. Andrew Cuomo, Mr. Diaz didn’t take many shots at the mayor in his remarks. A supporter of charter schools, he warned that rhetoric of people against them was “too heated”—”our babies are listening,” he said—and argued that charters and traditional district schools could exist side-by-side. He said people want to point fingers on homelessness—Mr. Cuomo and Mr. de Blasio have been feuding about for months—but noted few people will accept a shelter or supportive housing in their neighborhood.

“I’ve always said if it’s not broken, don’t fix it,” Mr. Diaz said, noting 16 re-zonings that had been completed in the Bronx during his tenure without MIH and ZQA, and calling for a “neighborhood by neighborhood approach.”

Mr. de Blasio’s plan sets certain citywide requirements—ensuring that any residential building that needs city approvals will have to include affordable units, the central premise of MIH. ZQA allowed for changes to the heights of building and parking requirements.

The mayor’s plan underwent changes in the City Council, with lawmakers tweaking the percentages of units that would be mandated affordable and the income bands that would qualify. Those factors will vary from project to project, and as with any decision that requires a Uniform Land Use Review Project, the Council members representing the area will have much of the say about what is required of builders.

“New York City’s zoning code updates, which were overwhelmingly approved by the City Council, are a huge win for city residents. For the first time, we are requiring developers to provide permanently affordable housing while also lowering the cost of building quality affordable homes in this city,” de Blasio spokesman Austin Finan said. “That is a win, win. In addition and as was the case when these amendments were considered, all rezoning are still subject to ULURP approvals, including the full engagement of community and elected officials in the process.”

Mr. Diaz also also said there wasn’t enough community outreach—a point made by community boards across the city, many of whom rejected the plan.

Mr. Diaz is often named on a short-list of potential Democratic challengers who could take on Mr. de Blasio in a primary in 2017, though he didn’t hint at it during his remarks.

“There’s a lot of conversation,” Mr. Diaz told reporters after his speech, when asked if people were urging him to run. “A lot of people always ask the question, at least, and it’s flattering. We still have a lot of work to do in our borough.”

Mr. Diaz said he had “never, never” discussed a potential 2017 with his pal and frequent de Blasio nemesis Mr. Cuomo. Asked whether he thought somebody—him or any other of the people named as possible contenders—should challenge Mr. de Blasio, the beep demurred.

“I think it’s too early for that, no,” Mr. Diaz said. “I’m not, I’m not—I’m concentrated on the presidential Democratic primary that’s coming to New York soon.” 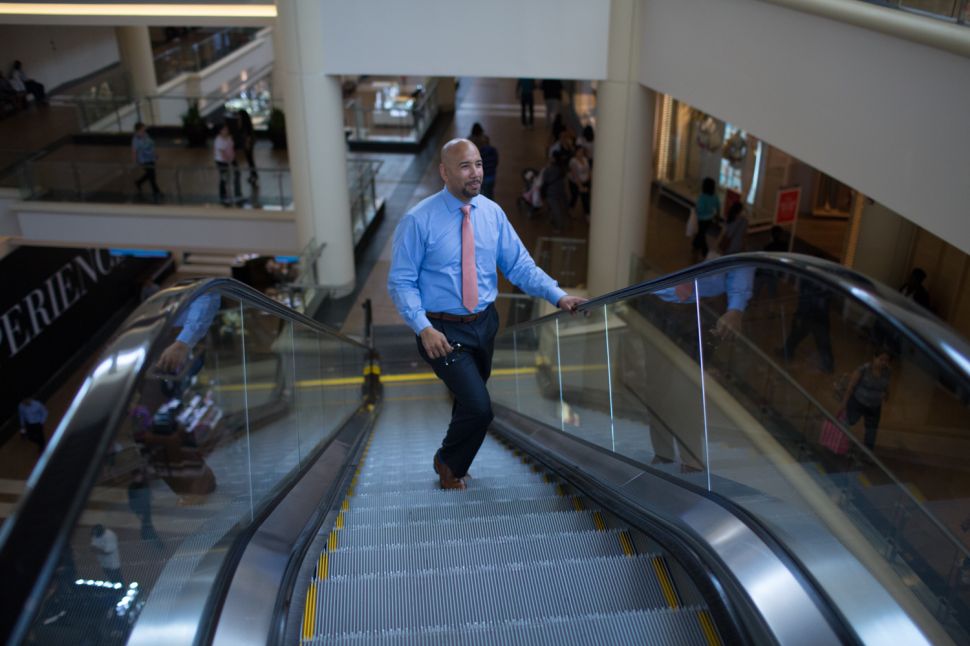