For the past quarter century, cities around the world have sought to replicate Silicon Valley, the region south of San Francisco where Google, Apple, Facebook and hundreds of high tech firms are based. But the great challenge of city building is reinventing places, not starting from scratch by tearing down old buildings or pouring concrete in the desert. The new model for urban development in the 21st century is downtown Brooklyn, across the East River from Manhattan.

No single firm, physical structure or specific policy is responsible for the rejuvenation of downtown Brooklyn. Rather, it is the product of persistent efforts to strengthen cultural institutions, build new housing, deploy flexible zoning, invest more than $1.5 billion in infrastructure and create the 1.3 mile Brooklyn Bridge Park.

In fact, Brooklyn has emerged as a global brand, a symbol of urban creativity—whether in cuisine, poetry, innovative start-ups, or fashion. Brooklyn is now the destination for young, smart and pioneering kids who once flocked to Greenwich Village and the Lower East Side. Major banks, law firms, ad agencies and media conglomerates will always operate from Manhattan, but the talent they depend on no longer resides in aging suburbs or Manhattan’s upper east side—the promised land for psychiatrists, orthopedists and plastic surgeons. No county in the United States has more female-headed starts-ups than Brooklyn.

Since 2004, more than 40 million square feet has been built or is planned for the area, encompassing, housing, office space and institutional space.

Since 1898, when the City of New York was created through the merger of New York with surrounding cities and villages, Manhattan has dominated the public image of New York City. For much of the past century, downtown Brooklyn’s historic assets—superb mass transit connections, landmark neighborhoods, access to the waterfront, and cultural institutions like the Brooklyn Academy of Music—were valued by locals but not anyone else in New York City.

After the terrorist attack of September 2001, Brooklyn gained new stature. The Bloomberg Administration recognized the need for office space outside lower Manhattan and created the Downtown Brooklyn Partnership to bring local groups together to create a coherent development plan for the area. And as the city’s economy recovered from the 2001 attack, Brooklyn provided a strategic alternative: office and residential space that was less expensive than Manhattan.

Of course, the remarkable drop in crime in downtown Brooklyn that began during the Giuliani Administration, a 94 percent decline in murders and a 93 percent decline in robberies and burglaries over a 24-year period, has been critical to attracting residents, workers and tourists.

According to a new report issued by the Downtown Brooklyn Partnership, there are more than 60 cultural organizations in the downtown Brooklyn area that together attract more than 4.5 million visitors. Since 2004, more than 40 million square feet have been built or are planned for the area, encompassing housing, office and institutional space. And in the greater downtown area, residents with bachelor’s degrees grew by 99 percent between 2001 and 2013.

The success of downtown Brooklyn has generated activity in surrounding communities as well. The Brooklyn Navy Yard, where Civil War ships were once built, is now packed with high tech firms, artists working in low cost studios, and a new 675,000 square foot office building with a major co-working site is under construction.

Six million square feet of manufacturing space is now being repurposed for manufacturing at Industry City in Sunset Park, and the old industrial communities of Greenpoint and Williamsburg are surging with new residents and businesses. The New York Distilling Company, launched just five years ago in a defunct Williamsburg storage warehouse, now produces rye and gin that is sold in eight states, Canada and the United Kingdom. The Domino Sugar Refinery, once the largest sugar refinery in the North America, is being transformed with housing, office space, and a spectacular waterfront promenade.

There is no greater sign that Brooklyn has arrived than that Barclays, a British bank, has brandished its name on the borough’s brand new arena, home to professional basketball and hockey teams as well as concerts and family entertainment. Further, Manhattan’s leading medical institutions have expanded their empires and crossed the East River. The NYU Langone Medical Center recently merged with Brooklyn’s Lutheran Hospital and Weill Cornell Medical Center affiliated with Brooklyn’s Methodist Hospital. Brooklyn residents no longer need to cross the East River when they have a stroke or heart attack. Most important, NYU’s Tandon School of Engineering, located in the heart of downtown Brooklyn, is the city’s largest source of engineering graduates, producing almost 2000 engineers a year.

Naturally, the success of downtown Brooklyn has generated concerns about affordable housing, overcrowded schools, and anxiety over proposed high-rise construction. But Brooklyn has demonstrated that a community can reinvent itself and compete in the 21st century without the homogeneity of Silicon Valley, the casino culture of Las Vegas, or the self-contained sterility of Dubai. 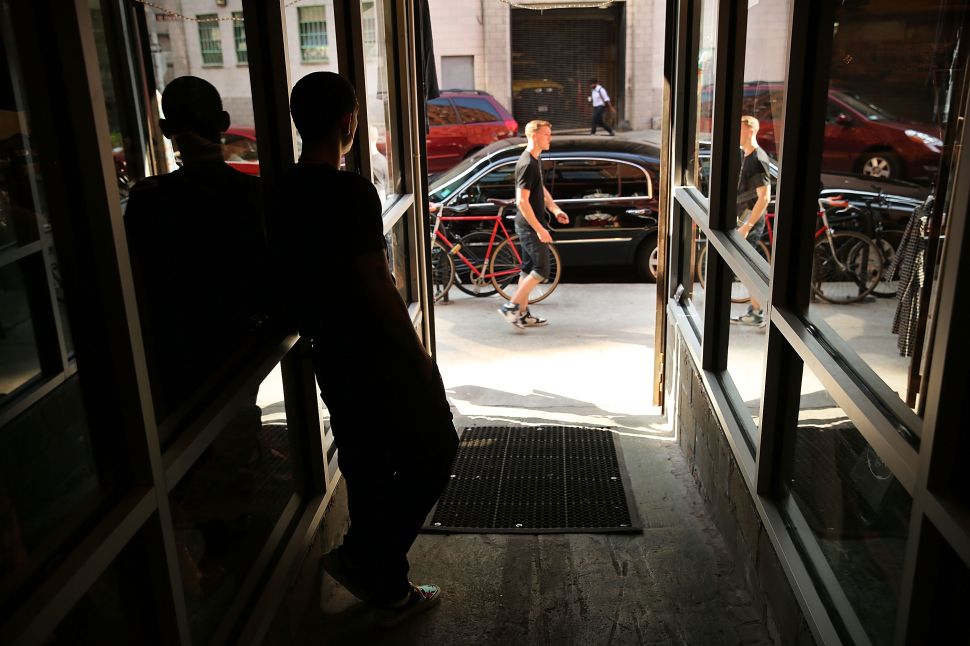