Hillary Clinton’s lead in the Democratic Primary has provoked taunts against Bernie Sanders’ supporters. Calls of ‘Bernie or bust’ have been met with retorts of ‘vote blue no matter who’—an argument that, while perpetuated by Democrats, is overt bullying. Ms. Clinton’s supporters are exhibiting an intolerance of anyone daring to support progressive reform, treating being a liberal as synonymous with being a Democrat. This, in turn, suggests being a Democrat is merely a badge of superiority over Republicans rather than a principled approach to fighting for progressive reforms. Such arguments manipulate voters into supporting Ms. Clinton, based on fears of what a Trump presidency—or any Republican presidency—would mean to the United States.

Broadening the polarity between the Democratic and Republican parties may make for entertaining news and increased viewership, but the implications are overwhelmingly negative for the American people. Numerous studies have shown a direct correlation between political polarization and income inequality—including one cited by Robert Reich, Bill Clinton’s former Secretary of Labor during, in his 2013 documentary Inequality For All.

The progress Mr. Sanders puts forth should not fall by the wayside just to get Ms. Clinton into the White House.

On both the Republican and Democratic sides, the sheer lack of respect shown for voters has devolved into a barrage of insults that make any civil discourse is impossible. This behavior confines thinking and prevents all of us from critically examining one another’s reasoning.

Calls against the ‘Bernie or Bust’ movement use fear tactics to motivate principled Sanders supporters into falling in line with the Democratic Establishment, under the presumption the Republican Party is the enemy. But many ‘Bernie or Bust’ enthusiasts view both political parties as out of touch with their principles. In November, if Mr. Sanders is not the Democratic presidential nominee, many voters will write in his name.

“I believe there’s a self-righteousness about this that only people with a certain level of privilege can afford to have,” wrote Michael Arceneaux for The Guardian. Mr. Arceneaux argues that many people cannot afford to endure the costs of what a Trump presidency would render, alleging those Sanders supporters who do not vote for Ms. Clinton are doing so out of the privilege knowing their social status inoculates them from whatever Mr. Trump would rein on the American people.

Mr. Arceneaux’s Trump-mongering falls in line with the bullying that one must either support Mr. Clinton or support the enemy. Citing George W. Bush’s administration, Mr. Arceneaux focuses on such negative implications as the thousands who died in Iraq—without acknowledging that Ms. Clinton (and many other Democrats) voted for that war. Fault doesn’t rest solely on the Bush administration, but with Democrats as well—although it is much easier and conducive to the narrative propagated by the Democratic Party to lay all blame on Republicans.

Those who vote for Ms. Clinton do so out of privilege. Their neighborhoods were not bombed, their families were not killed, their countries were not sucked into a vacuum of perpetual violence because she supported the overthrowing of governments in Libya, Syria, Honduras and Iraq—while accepting money from dictatorships in Saudi Arabia, Algeria, Bahrain, Qatar and Oman, where human rights are violated on a daily basis.

Mr. Arceneaux fails to acknowledge that diverting from the status quo is inherent in any sort of revolution, and many of his points are based on the assumption that most disgruntled Sanders supporters won’t vote at all in the general election out of self-righteousness.

Many voters will write in ‘Bernie Sanders’ to send a message to the Democratic National Committee—because they are not boxed into either party, but rather have identified as independent for the very same reasons Mr. Sanders remained independent for the majority of his political career. The progress Mr. Sanders puts forth in his campaign should not fall by the wayside just to get Ms. Clinton into the White House.

Any criticism of Ms. Clinton can easily be dismissed by her supporters as Republican smears, no matter how legitimate the claims may be. She represents a corrupt political system and her presidency would result in the strengthening of corporate interests in exchange for a few progressive concessions to maintain high enough approval ratings to get re-elected.

Blind loyalists to the Democratic Party will see those concessions as signs of progress, while widely ignoring the problems both parties have failed to address. But other voters will adhere to the revolutionary concerns discussed and proposed by Mr. Sanders’ campaign, and will continue to fight rather than concede for the supposed “lesser of two evils.” The world can’t afford another Bush-Clinton Dynasty. 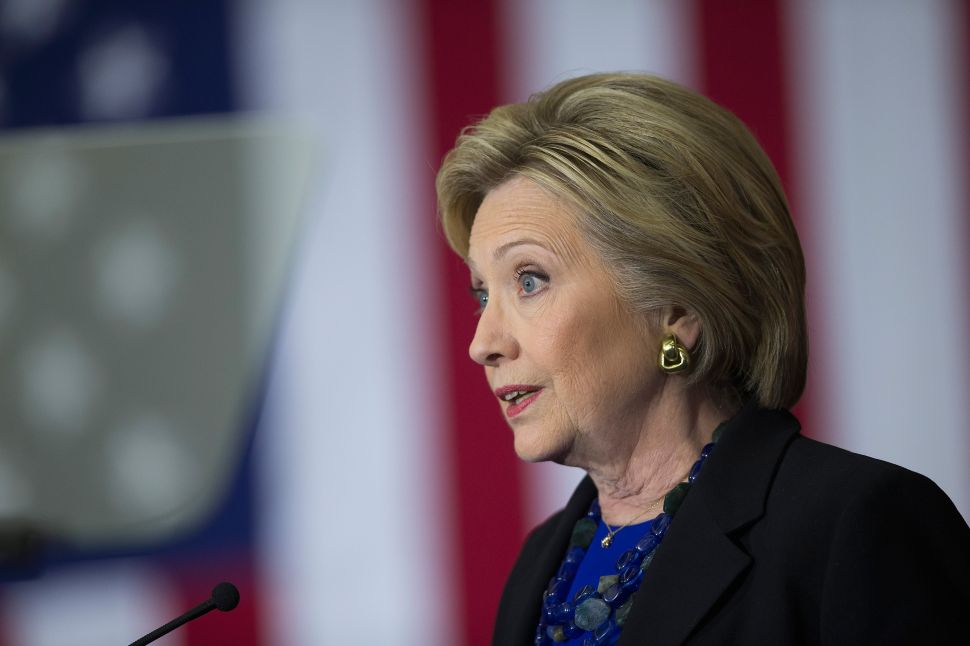