Mr. Torres announced his support for the Upper Manhattan lawmaker’s House bid at an event outside City Hall this afternoon. The councilman, himself a child of NYCHA, praised Mr. Espaillat as one of the foremost advocates for public housing in Albany.

“I believe he will advocate for public housing at the federal level, because he has advocated,” Mr. Torres said, noting that funding from the federal Department of Housing and Urban Development makes up the bulk of the housing authority’s budget. “We have to ensure we are electing a congressman who is demonstrably and deeply committed to preserving affordable housing.”

Mr. Torres’s district overlaps only slightly with the Bronx portion of Mr. Rangel’s turf, which mostly consists of Harlem, East Harlem and Mr. Espaillat’s home base of Inwood and Washington Heights. The state senator vowed that he would convince the federal government to devote more resources to New York’s public housing—in contravention of almost 40 years of U.S. policy—a sprawling system of 334 developments that he called “the soul of our city.”

“The federal government has the dollars to come in and save these developments,” Mr. Espaillat insisted, highlighting the array of public housing tenant leaders who endorsed him alongside Mr. Torres. “This is the team that we put together, to ensure that we address the critical needs of NYCHA residents—400,000 of them. It’s bigger than many cities across the country, and they’re living under very serious, inhumane conditions.”

The candidate told the Observer he opposed Mayor Bill de Blasio’s proposal to build new mixed-income housing on NYCHA lots to pay down its $200 million-plus operating deficit and $17 billion backlog in repairs. The Democrat argued that he could instead bring back the necessary funds from Washington, which seems unlikely with a Republican-dominated Congress.

“I believe these complexes were built with a certain model. You know, they took into consideration open space,” he said. “A congressional member must appeal to that leader, to that new president that we will have, that this is an important priority.”

Mr. Wright, as it happens, is also an opponent of the mayor’s plan to “infill” NYCHA playgrounds, parking lots and greenspaces with new housing—so much that he has proposed remanding the whole system to Gov. Andrew Cuomo. 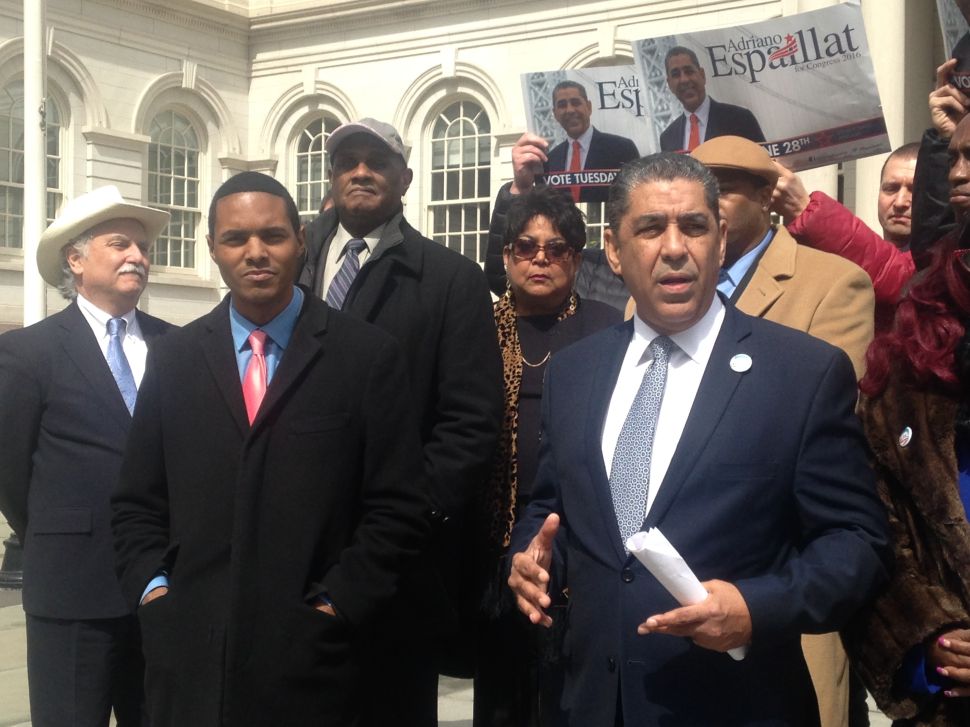