ATLANTIC CITY — Casino workers from Atlantic City’s largest union marched outside the Trump Taj Mahal casino Wednesday to protest owner Carl Icahn’s decision to revoke employee health insurance and pensions. Icahn, who owns two of the city’s four remaining casinos, won in appeals court against the union in January. The state takeover of the city’s finances loomed large as workers who have suffered the consequences of the city’s downturn let loose.

Icahn has said that if a referendum to amend the state constitution and allow casinos in North Jersey succeeds, he will reconsider his planned $100 million investment in the Taj. If Icahn drops out due to broken promises from NJ legislators, the gap could mean another empty casino site beside Revel and Showboat and another disaster for the city’s $437 million in debt.

The takeover faces a vote in the Assembly, where speaker Vince Prieto (D-32) has said he will not support it because of the changes it would make to city employees’ collective bargaining agreements. The local chapter of Unite Here has joined those who see no other option for the cash-strapped gaming capitol. Local 54 President Bob McDevitt said that he still supports the takeover.

“I don’t think the city can survive without the state coming in and taking it over,” said McDevitt. “I mean financially, there’s no answer.

“I’m a lifetime resident here and I would never have thought I’d support a state takeover, but there’s such a dire need for financial reform here that there’s no other way to do it.” The state takeover bill hit its latest bump in the road this afternoon, when the Press of Atlantic City reported that the city’s remaining casinos successfully lobbied to add an exemption to its companion bill before. That bill would offer them a PILOT program, but the new language allows them to opt out if casinos open in North Jersey.

Governor Chris Christie has said that he will veto any versions of the bills that vary from what passed in the Senate. The city is facing down a famine budget and the state is confronting budget shortages of its own. North Jersey casinos could shutter more casinos entirely, regardless of the terms of the PILOT bill. Charles Baker, who works at the Taj and lives in Atlantic City, said that Icahn should have the same loyalty to the city as the Taj’s employees.

“They’re running out of money. What we’re trying to do is move the city forward,” said. “At Taj Mahal, we could have left and went somewhere else due to the dire circumstances that are going on here, but no. We stuck with the company.”

Most shied away from talking about the man whose name is written in neon over building, but Baker was as ambivalent about the Republican frontrunner’s chances at the nomination as he was about the billionaire’s record in Atlantic City.

“He came, he got the money and he left,” Baker said. “He’s a businessman, he’s out for the dollar.” 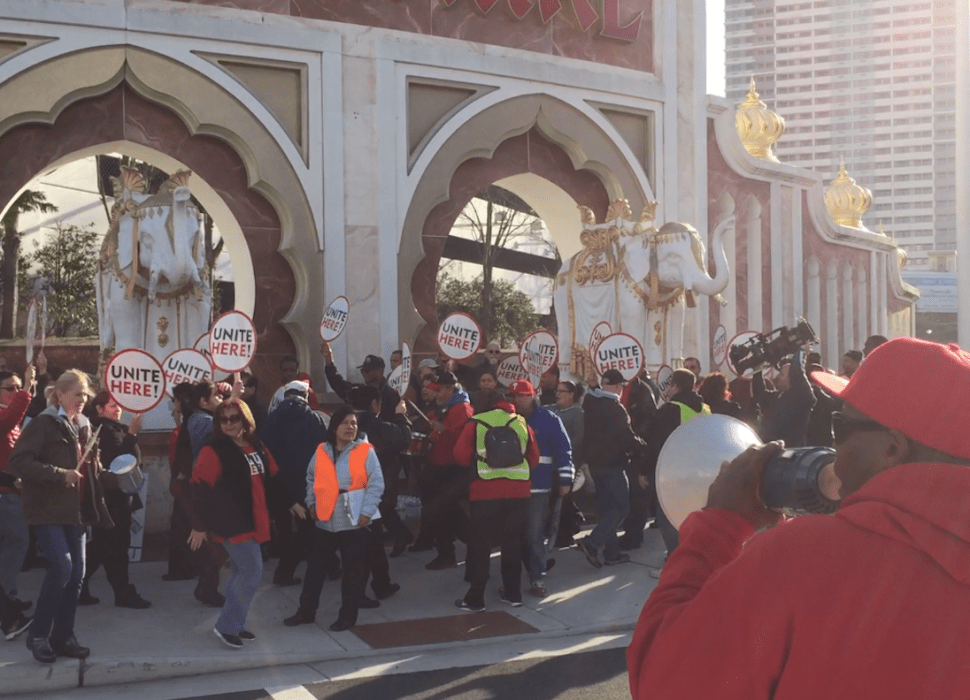