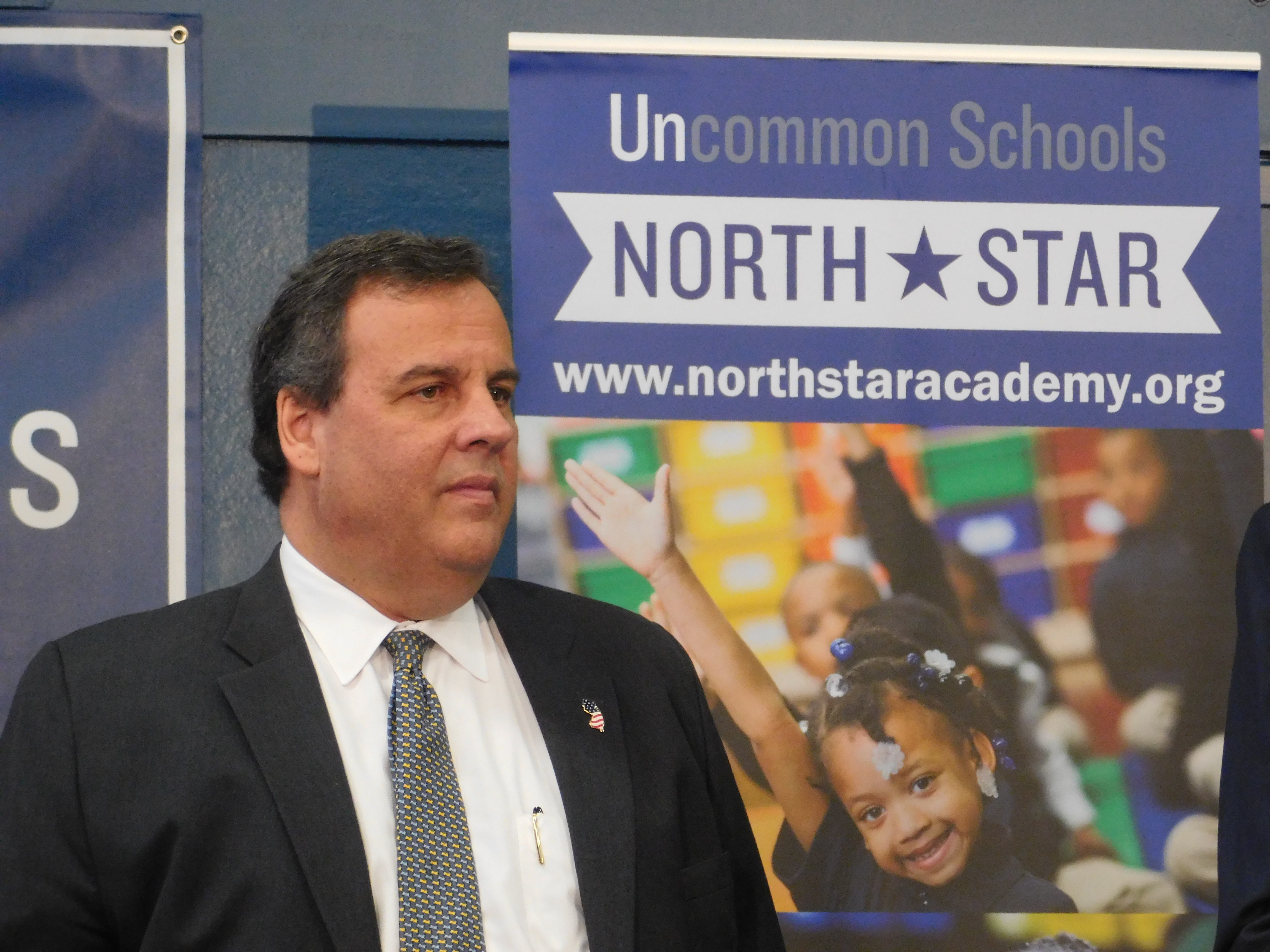 NEWARK – As he stood in the center of a circle of cross-legged children at Newark’s Alexander Street Elementary School, Governor Chris Christie crouched down to better address the third grade student who had asked him how he became governor. Just moments before the exchange, the school’s gymnasium was buzzing as students demonstrated mental math skills, sang college anthems and greeted the governor and other elected officials.

The appearance underscores Governor Christie’s continued push for charter schools both in Newark and around the state despite opposition from Newark Mayor Ras Baraka, a former public school administrator.

Christie’s administration recently announced that new charter schools would be opening and existing schools in places like Newark would be expanding. The administration approved an additional $27 million for Newark schools. But, according to an opinion piece written by Baraka last week, while the additional funding is a “step forward toward reducing [the] $72 million public schools deficit,” Christie’s “decision to allow the expansion of charter schools at this time is a huge step backwards for our traditional public schools.” 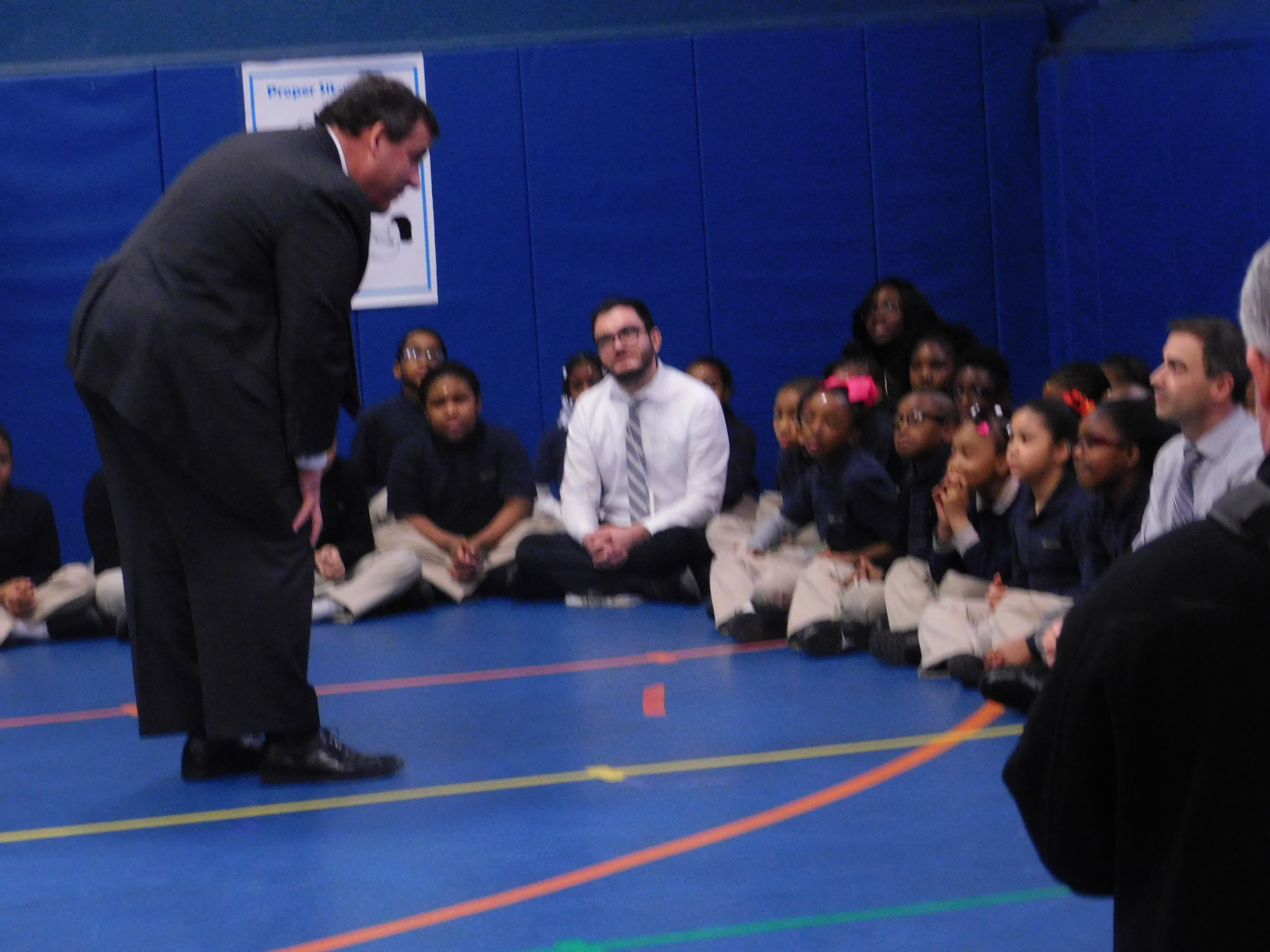 When asked what his plan is if the mayor continues to stand opposed to the ongoing expansion of charter schools, Christie said that the administration will “run him over too” and continue to push onward with the opening of successful charter schools like Alexander, run by North Star.

According to Christie, his administration has closed a number of failing charter schools.

“I don’t want to open bad charter schools, I want to open good ones.” Christie said. “How can you look at what we saw here today and say that is injurious?”

Christie also said that, if Baraka will continue pushing the old system of schools without looking into the positives that come will successful charter schools, it will give him “great pause” about whether or not control of the city’s schools should be turned over from the state to the city.

Christie said that because Alexander Street Elementary School was failing when North Star took it over but now out-paces schools in affluent areas in math and is on pace in language testing, it demonstrates a working formula that can be implemented statewide.

“This should dispel the myth that children in this city cannot learn,” Christie said of the students. “It is how we teach them, how we inspire them… that leads to achievement. I firmly believe we should continue to improve our charter school system in New Jersey. It is our responsibility as public leaders to give those options to families so families can choose.”

According to Christie, one of the main issues that needs to be examined by the state legislature is finding a fix to the school funding formula. 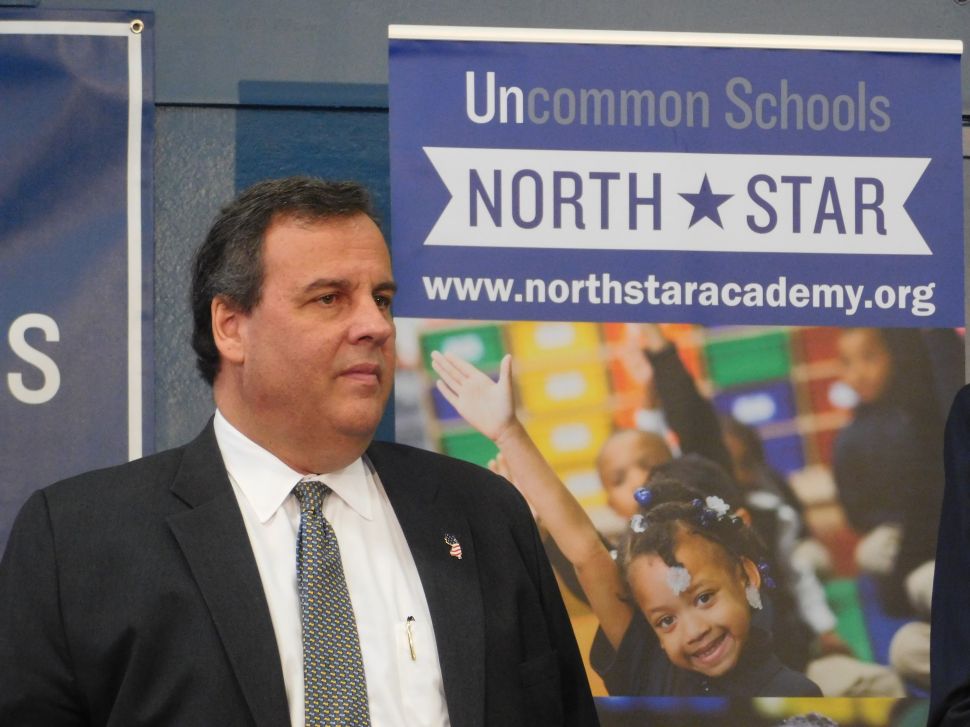