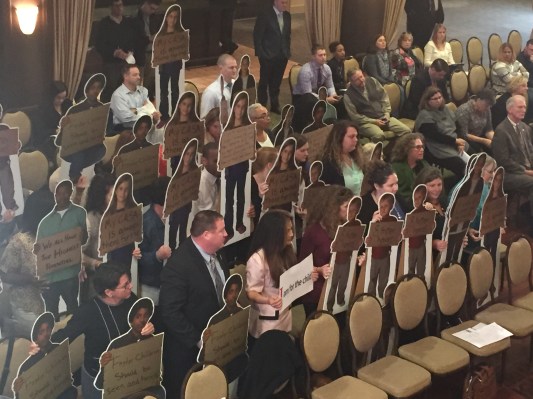 At one point, demonstrators with the foster care advocacy group Court Appointed Special Advocates of New Jersey (CASA) stood with placards during testimony. That group, whose representatives said that the 2017 budget would force them to cut back foster care services, was one of several to claim that the governor’s budget is effecting cuts outright or by keeping funding at previous years’ levels.

“Despite a $7 million increase in DCF [Department of Children and Families], the proposed budget cuts CASA funding back yet again by $850,000, sending us back to the 2008 level and undoing so much of the progress that we’ve made since then, ” said the group’s Liza Kirschenbaum. “We are the only entity authorized by state statute to help the court and child welfare systems ensure the safety and well-being of abused and neglected kids in placement.

“If the FY 2017 state funding is cut, we will lose these gains. Many if not most of the 650 additional children that we’re serving will need to be cut from the program, losing their CASA volunteer,” she continued. “We’re not asking for more, we’re asking for the same.” “Last year, there was a bipartisan resolution to put the money back into CASA,” responded chairman Gary Schaer (D-36). “Why the administration took it out again is beyond me.”

“Flat funding is less funding,” said Campbell of 2017’s proposed state contribution to aid for the homeless. “Governor Christie in his budget address talked about the decrease in homelessness. And he’s correct on that specific number he talked about, but that number reflects a very, very narrow federal definition of homelessness leaving out about 12 categories of people that we see that are basically homeless.”

“We were collectively, a number of us, disappointed that the governor did not automatically include a $2.4 million in his proposed budget,” said vice-chair John Burzichelli (D-3) on behalf of the committee.

Pat McKernan of Volunteers for America Delaware Valley, whose group has helped about 600 parolees find housing and employment in Trenton and Atlantic City, said that the organization will struggle to keep that pace if the 2017 budget moves forward as written.

“We were shocked to see that it wasn’t in the budget for this year,” said McKernan. “This is a significant investment in public safety, and we feel very strongly that these services are needed. Without those services Atlantic City and Trenton basically start over from ground zero.”

“Each issue is of equal importance and deserves our attention and advocacy, but unfortunately we also have to deal with our fiscal reality, said Schaer in a statement after the hearing. “To that end, this testimony is invaluable and we will be taking it to heart as we work to prioritize needs within the confines of a tightening state budget.” 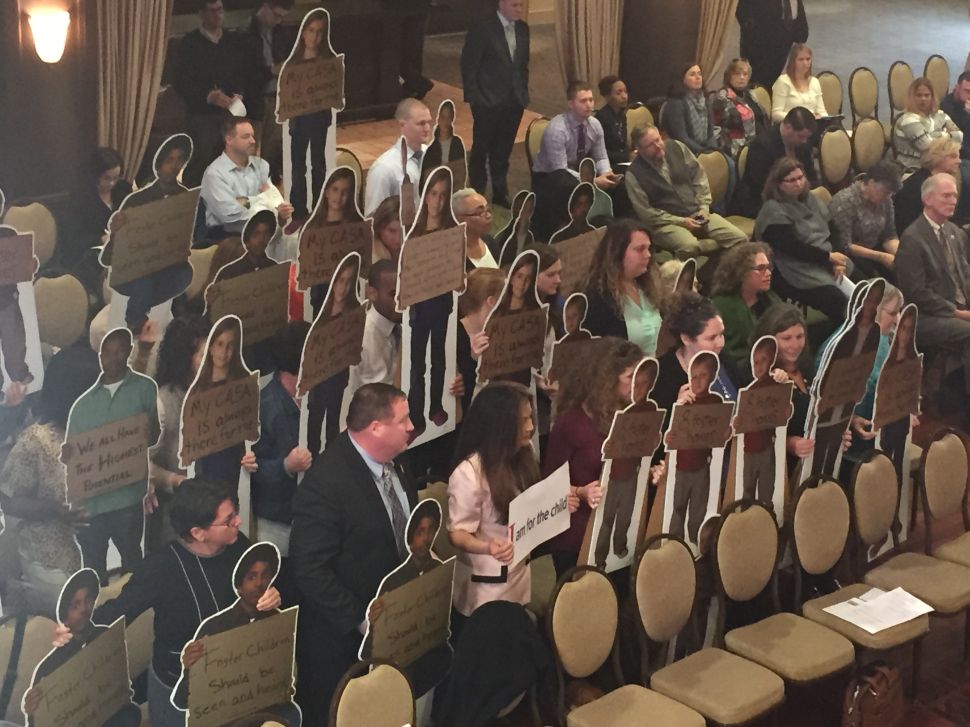