During her recent visit to the Ukrainian capital of Kiev—where she stayed at the five-star Intercontinental Hotel—former Secretary of State Condoleezza Rice had some less-than-inspiring words of advice for Ukrainians: If you’re unhappy, look to Liberia.

On March 9, Ms. Rice was invited by the Viktor Pinchuk Foundation to speak in Kiev, as part of the foundation’s “Public Lectures Project”. (Mr. Pinchuk is a Ukrainian billionaire, philanthropist and son-in-law of the former Ukrainian President Leonid Kuchma).

Ms. Rice’s lecture was entitled “The Challenges of an Ever-Changing World.”

The event took place at the Diplomatic Academy, where among the crowd of “Ukrainian students, scholars and opinion-makers,” Agriculture Minister Alex Pavlenko and head of the National Bank Valeria Gontareva were spotted. A short, 21-second video of Ms. Rice, as she is accompanied to her car, is all that is available on the internet.

As it turns out, Ms. Rice’s “public speech” turned out to be not so public, and only a short abstract can be found. Ukrainian media has painstakingly avoided mentioning her appearance—likely, because it was loaded with bitter pills.

Though her talking points were abundant, Ms. Rice kicked off on the wrong foot—opening with the theme of mutual responsibilities held between Ukrainian politicians and Ukrainian simple folk. Quoting JFK’s famous “Don’t ask what your country can do for you” line, her message was clear: Don’t expect too much from your government, dear Ukrainians.

‘You should go to Liberia where the standard of living is much lower, and then you will be thankful.’

She continued with civic society: the responsibility of both the strong and the weak—the strong must share, the weak should stop whining.

Political compromises? Yes, but there must be no compromises on principles! “It is impossible to negotiate and to compromise with those who are hostile to democracy in your country!” Mrs. Rice said. What she meant was: “No negotiations with rebel regions.”

On leadership, Mrs. Rice made a quick hint as to the dismal future of the current Kiev Prime-Minister, Mr. Yatsenyuk. A leader is not a profession, she said. A true leader must set a goal for oneself to find and nurture new leaders.

The United States’ role in world politics was widely covered. Ms. Rice predicts the European Union will avoid collapse if a unified position on Russia is upheld. President George W. Bush did a great job with regards to freedom and democracy, and the U.S. should continue to determine the world’s political agenda… And not because the U.S. is the best—it’s not, just look at the primary debates. But rather, because as soon as there was a change in power in the White House, the U.S. weakened in the Middle East, weakened in Afghanistan and Russia emerged as an international aggressor, breaking the borders of independent states.

Elections in the U.S. are often outrageous and, quickly after entering the Oval Office, most presidents forget about their loud, sharp statements and promises made during campaigns. Because, once they are settled in their new role, intelligence officers provide them with the real picture of global risk, and there is no longer the rhetoric that ushered them into office. I assure you, Ms. Rice continued, whatever is touted by Mr. Trump—if he wins, the U.S. will still maintain tense relations with Russia. Russians should remember they do not have the license to intimidate their neighboring states, to change borders at their own discretion and to seize new territory—as happened in Crimea where we fell into another long-term frozen conflict. Maybe someday we will solve it.

Crimea will return to the Ukraine, but maybe not so soon. Maybe in 50 years or so. But you, Ukrainians, need to stay positive. “Let me remind you, that if the U.S. Secretary of State in the late 1940s would have said that in 50 years the Soviet Union would collapse, he would have been considered crazy,” encouraged Ms. Rice.

“From the first days of the conflict in Ukraine I thought that you should be assisted with lethal weapons. However, our government has decided otherwise. In any case, we will strengthen the military power of NATO, which is an effective counterweight to Russian aggression,” she said—but the sanctions on Russia will remain in place.

Wait, wait and wait, dear Ukrainians—and no more revolutions for now. You’ve had three of them in just 25 years! Maybe it’s time to learn how to run the country? Real democracy is hard to create. It does not appear suddenly, but is built through long and painstaking work. Institutional changes should be carried out within the framework of the Constitution. Frequent changes to the Constitution do not benefit the development.

And for those Ukrainians who believe that life is bad in Ukraine, Ms. Rice put some icing on the cake: “You should go to Liberia where the standard of living is much lower, and then you will be thankful to be Ukrainian.”

Liberia is one of the poorest countries in the world with an employment rate of 15 percent and third lowest GDP.

In fairness, this is not the first time Ukraine’s economy has been compared to Liberia. Last September, Odessa Governor and former Georgian President Mikheil Saakashvili “with all due respect to Africa” compared its economy to Gabon. According to Gallup International, the standard of living in Ukraine is currently at its lowest level in all the years of conducted research. In 2015, 79 percent of Ukrainians considered themselves to be “poor.” 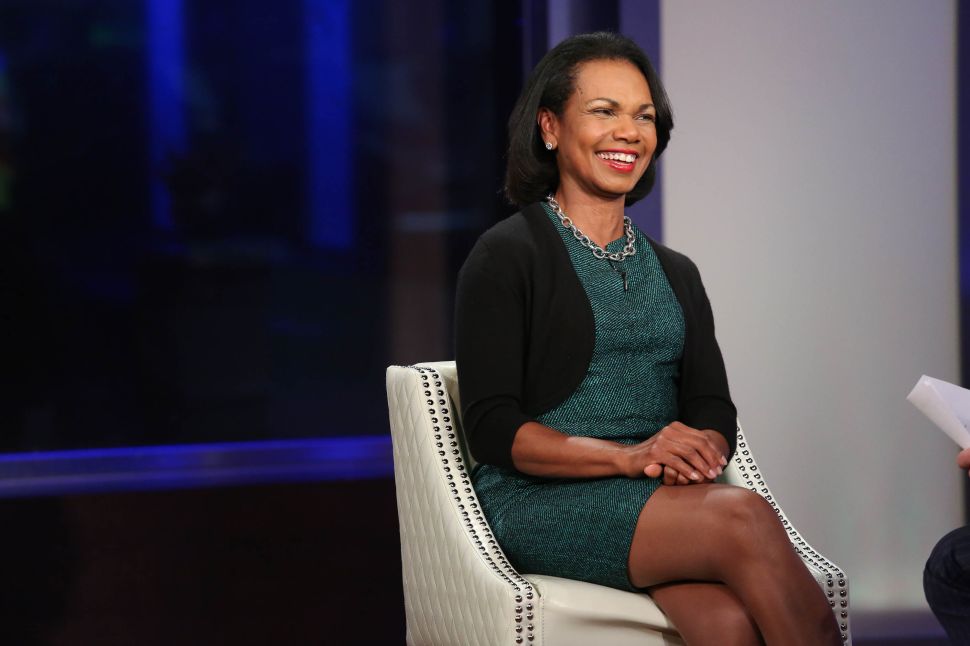