Democrats, following the lead of President Barack Obama, have been reluctant to say attacks perpetrated by the Islamic State are the products of “radical Islamic” terrorists, fearing that the term will fan the flames of anti-Muslim sentiment. Today, after apparently ISIS-sponsored attacks on an airport and subway in Brussels killed at least 30, the Democratic presidential candidates avoided the term, though at least one Republican contender seemed to be taking a page out of the progressive playbook.

Gov. John Kasich of Ohio, the most soft-spoken of the three Republicans left in the presidential race, issued a statement that did not include the phrase “radical Islam,” a stark contrast to what his rival, Sen. Ted Cruz of Texas, said earlier today. “Along with every American, I am sickened by the pictures of the carnage, by the injuries and by the loss of life,” Mr. Kasich said. “The wave of terror that has been unleashed in Europe and elsewhere around the world are attacks against our very way of life and against the democratic values upon which our political systems have been built.” (Speaking with reporters today, Mr. Kasich clarified that America is at war with “radical Islam” but not Islam itself.)

Mr. Kasich said the “perpetrators” must be rooted out, though he never named ISIS, who took credit for the Brussels attacks, the most deadly in Europe since mass shootings and bombings rocked Paris in November. “We must strengthen our alliances as our way of life and the international system that has been built on our common values since the end of the Second World War comes under challenge from these and other actors of evil,” he said.

Mr. Cruz, who bills himself as the most conservative candidate in the race, said liberal “political correctness” needed to end.

“Today radical Islamic terrorists targeted the men and women of Brussels as they went to work on a spring morning,” Mr. Cruz said. “For years, the west has tried to deny this enemy exists out of a combination of political correctness and fear. We can no longer afford either.”

Donald Trump, the Republican front-runner, has made cracking down on Muslim immigrants a centerpiece of his campaign, and like Mr. Cruz blamed Europe’s immigration policy on the violence in Brussels.

“I would close up our borders,” Mr. Trump said on Fox News. “We are taking in people without real documentation. We don’t know where they’re from or who they are.”

Hillary Clinton, who is favored to win the Democratic nomination, did fault “radical jihadism” but did not mention Islam.

“These terrorists seek to undermine the democratic values that are the foundation of our alliance and our way of life, but they will never succeed,” she said. “Today’s attacks will only strengthen our resolve to stand together as allies and defeat terrorism and radical jihadism around the world.” 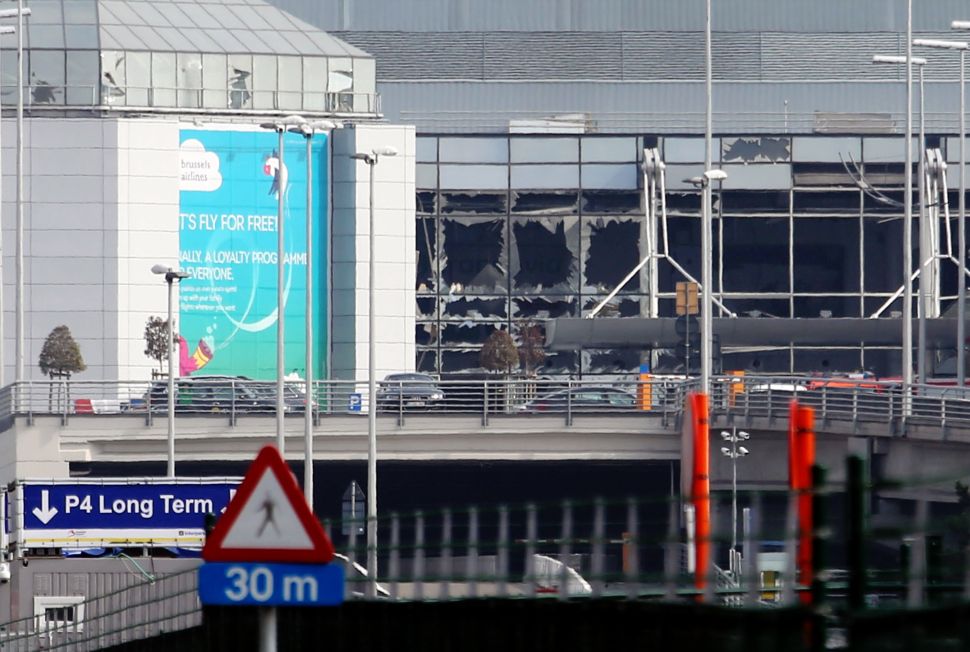