Mr. de Blasio attended an NYPD “tabletop” drill today, in which top police brass simulated how they would respond to a multi-location terror attack like the one in Paris last fall. Asked about preventing radicalization of Muslim Americans, Mr. de Blasio said the key was reaching out to communities—not alienating them by increasing surveillance patrols, as Texas Senator Ted Cruz has suggested, or barring them from the country, like businessman and GOP frontrunner Donald Trump has proposed.

Instead, Mr. de Blasio said, he’s chosen to raise role models, like the 900 NYPD police officers who are Muslim, who are “showing the community that the American dream is alive and well for them.”

“What we’ve heard from Donald Trump, what we’ve hear from Ted Cruz, suggests to so many Muslim Americans that they’re not going to be allowed to live in this country,” Mr. de Blasio said.

And that, Mr. de Blasio said, would be “the pathway to creating the tension and divisions” that exist in parts of Western Europe, where Muslims may not feel like they will ever “belong.” (Police Commissioner Bill Bratton went even further, saying the neighborhood in Brussels that was home to terrorists “might as well have been in another country it was so isolated.”)

“The magic of America has been that people actually can belong.  Now we have this horrible national discussion tearing against it and confirming ISIS’s propaganda. This is the most troubling point,” Mr. de Blasio said. “ISIS is trying to tell the Muslim world that America won’t accept Muslim people, and here are two men running for president of the United States, literally playing into ISIS’s hands as if they’re working from an ISIS script, setting up an atmosphere of segregation and negativity.”

Attacking Mr. Trump has become bread-and-butter for Mr. de Blasio, and in recent days Mr. Cruz has garnered his ire over the issue of surveillance—and in response to barbs Mr. Cruz leveled at the mayor when he visited Manhattan last week. Mr. Cruz has also become a prime target for Mr. Bratton, who last week advised the candidate to “shut up” about terrorism because he did not know enough about how to effectively fight against it.

Much of the back-and-forth with Mr. Cruz about terrorism has focused on a unit Mr. Bratton disbanded that ran surveillance on Muslims in the city and nearby. Today the commissioner referred to the unit as “the dog that won’t die,” and said it had been down to two people when he arrived and was no longer useful.

He said what was useful was building trust in the Muslim community.

“What does a family do if they see the young person starting to become radicalized? Who do they go to?” Mr. Bratton said. “The chances are they’re not going to go to us if they don’t trust us.”

He’d gone to his favorite restaurant the night before, he said, where his favorite waiter is Morrocan. The waiter said his daughter had asked him a question: “Daddy, who they hate us so much?”

“What do you say to that,” Mr. Bratton asked, “when the rhetoric is all about hate?” 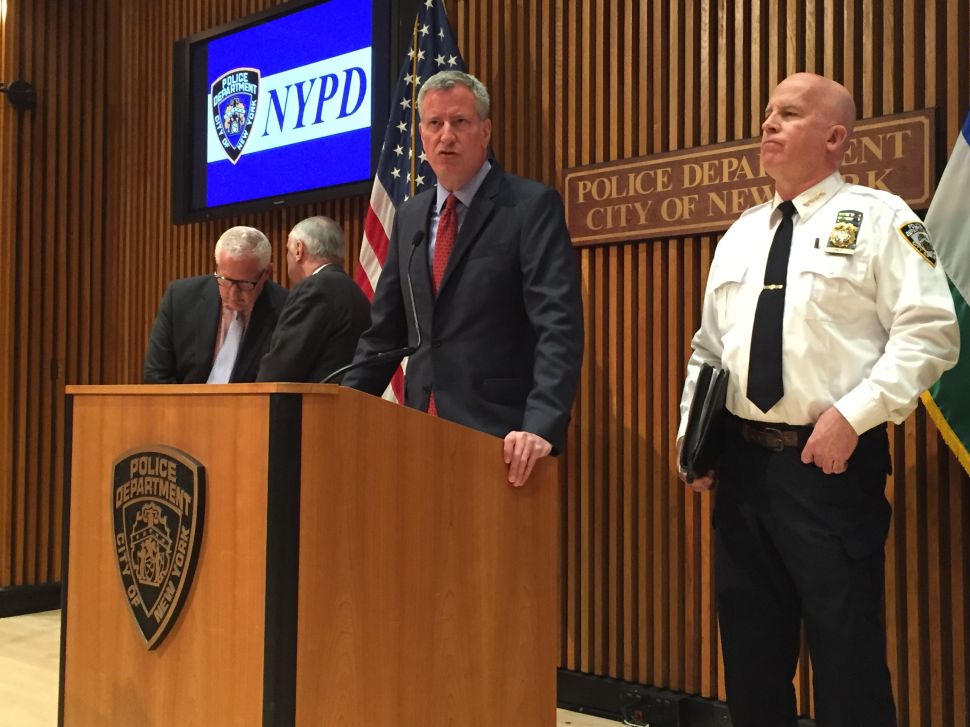