Unseating Congressman Daniel Donovan, a Staten Island Republican, will be a very tall order for House Democrats, but their campaign arm is hoping to weaken the moderate lawmaker by tying him to Donald Trump.

Mr. Donovan told the Staten Island Advance yesterday that Mr. Trump, the incendiary front-runner for the Republican nomination, is not his first choice, but he would back him if he was the Republican Party’s candidate for president.

“Now that Dan Donovan is pledging to support Donald Trump, he will be pressed to defend Trump’s reckless rhetoric as party standard-bearer that divides our country, insults POWs, incites violence, tramples on the Constitution and Republican national security experts warn would make America less safe,” said Bryan Lesswing, a spokesman for the Democratic Congressional Campaign Committee. “Donovan will find it difficult to distance himself from his own party’s presumptive standard-bearer Donald Trump and his reckless rhetoric that voters have doubts would keep our country less safe.”

Mr. Trump, a billionaire real estate developer, is well ahead of Texas Sen. Ted Cruz and Ohio Gov. John Kasich, Mr. Donovan’s preferred candidate, in the race for delegates. While anti-Trump forces in the GOP, fearing that his vulgar rhetoric and somewhat liberal positions on certain issues will ruin their party, are hoping to block the celebrity mogul at the national convention, he may be able to win a majority of delegates outright, thanks to a number of upcoming large states that should be favorable to him, including Mr. Donovan’s New York.

Guy Molinari, a former Staten Island congressman and a mentor to Mr. Donovan, has denounced Mr. Trump, but most New York Republicans have been mute or openly declared their support for the Queens native. Staten Island Councilman Joseph Borelli and his predecessor, Vincent Ignizio, proudly backed Mr. Trump, though they said they didn’t necessarily agree with his fiery anti-immigrant rhetoric.

Democrats believe Mr. Trump will be toxic for Republicans running for the Senate, House and various local offices this fall, and there has been some polling to back that up. Mr. Trump’s unfavorability ratings remain high, particularly in New York, and he will struggle to win over nonwhites. For Mr. Donovan, backing Mr. Trump could play into the DCCC’s hands; he represents a swing district that voted for President Obama in 2012 and will see an increase in Democratic turnout.

The consistent problem for the DCCC in the 11th Congressional District, which spans all of Staten Island and a sliver of southern Brooklyn, has been candidate recruitment. After flameouts with former Councilman Domenic Recchia and Mark Murphy over the last two election cycles, Staten Island Democrats are backing a political unknown, a retired city employee named Richard Reichard. Even with favorable conditions in November, Mr. Reichard is given little chance of defeating Mr. Donovan, a former district attorney who has held office in Staten Island for more than a decade.

Jessica Proud, a Donovan spokeswoman, said Hillary Clinton, the Democratic front-runner who is popular in New York, will be a drag on Democrats nationally because of an ongoing FBI investigation into her use of email when she was secretary of state.

“This is rich coming from a party whose front-runner is under investigation by the FBI,” Ms. Proud said. “After two terms of President Obama we are stuck in a stagnant economy, $18 trillion in debt and emboldened enemies abroad. The last thing we need are more of the failed liberal policies that we’ll have with Hillary Clinton in the White House.” 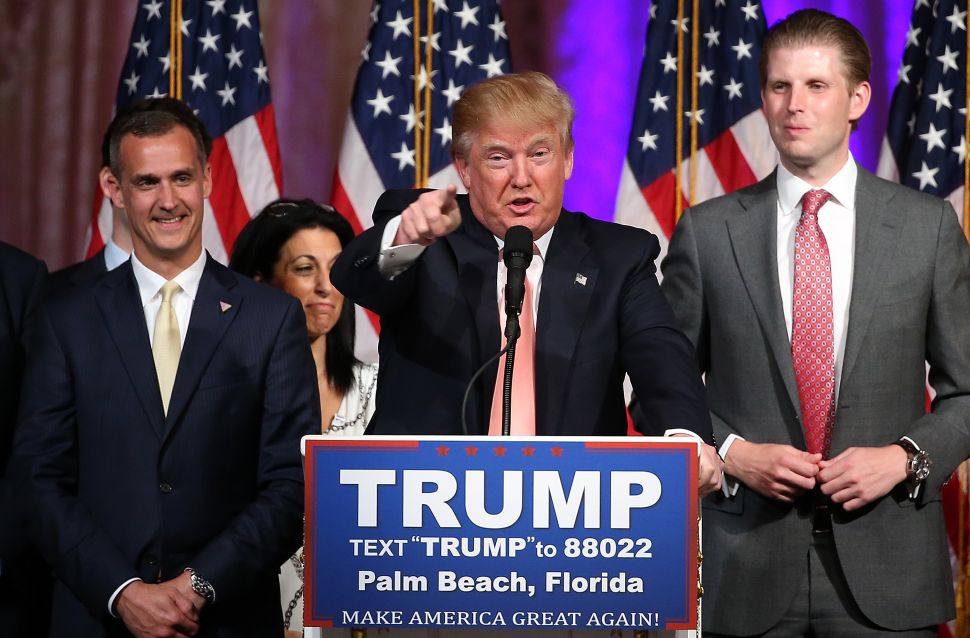