For many,  Marnie is the worst character on HBO’s Girls. On a show that features Hannah Horvath and queen of wanton chaos Jessa, that distinction is no small feat. It’s just kind of fun to hate Marnie, isn’t it? Unlike the other more outlandish leads, she rubs uncomfortably close to many people you may actually know. Marnie is high-strung, judgmental, emotionally manipulative, and most grating of all, completely earnest in her vision of herself as anything but all of those things. To Marnie Michaels, Marnie Michaels is a twenty-five-and-a-half-year-old that has her shit together and is “looking out the eyes of a woman, at hands that have touched, and have been touched” — a line from last night’s episode that perfectly encapsulates the effortlessly-grating character.

From conceptualizing abortion parties to regularly throwing herself at other women’s boyfriends (Charlie, Ray, Desi), her “problems” — such as having a lip-synched music video of herself released on YouTube — often feel like well-deserved schadenfreude. Her musical ambitions have likewise never felt as genuine as Hannah’s writing nor as innate as Adam’s acting. If Hannah is a clinical narcissist, Marnie is delusion personified. She’s like Aurora blessed with beauty and a solid singing voice, except that she’s a brunette so we really just hate her for the sheer audacity.

Marnie is the girl that curates her Instagram to create a “visual narrative,” insists on her close friends having meaningful check-ins, and likely bookmarks Gwyneth Paltrow’s website for items of interest that she cannot afford. As her wedding episode confirmed earlier this season, she also has a strong awareness of her cultural heritage as a white, Christian woman and a clear vision for her life, which often finds inspiration in Edward Sharpe videos.

This brings us to last night’s entry in the Marnie saga, “The Panic in Central Park.” The episode itself  was quite a departure for the series, offering what some of us watching might call a non-consensual focus into Marnie’s world. While Girls will regularly veer away from Hannah to give us a richer look at Hannah’s family or, more recently, Shoshanna’s Japanese adventure, this episode was the first to give viewers twenty-two uninterrupted minutes of a single non-Hannah character. Lena Dunham’s only appearance was brief and silent, appearing only as the comfort blanket Marnie ultimately opts for in the end. (In the arms of her own dick boyfriend, Fran, but that is a rant for another day.)

The episode centers around a chance encounter with Charlie, the ex-boyfriend who jilted Marnie off-screen after two seasons of on-again-off-again romance at the start of the series. It is in many ways, a dream scenario for a character like Marnie — running into an ex to find them aimless, selling and injecting drugs, and, let’s all just admit it, a little bloated. Her finger is instantly up to display her own status as a married woman that has put Charlie behind her.  With garbage bags on the window, a communal shower in the hallway, and a heroin kit in his jeans, his life stands in sharp contrast from the beta male whose defining characteristic in Season 1 was being “too caring of a boyfriend” for Marnie.

Part of the reason why it has been so easy for fans to roll their eyes at Marnie’s woes is that because of Christopher Abbott’s sudden departure from the show, we never got to see the end of that particular relationship. Season 2 ended on Marnie convincing Charlie (a then well-to-do app CEO) to give them another shot, and Season 3 opened on Marnie alone, relegated to that friend that simply won’t shut up about their breakup, adding more and more dramatic details to the story every time.

But despite her hurt feelings — and, y’know, husband — Marnie is intrigued by the denim mess formerly known as Charlie that offers her a night of sketchy drug transactions and armed robbery. It’s an occasion for her to get closure on a relationship that genuinely shattered her and robbed the character of a lot of what had come to define her, which the series never quite managed to put back into the character. “You were my family, you know that?” She asks Charlie in a quickly-defused attempt for him to acknowledge the wreck he left behind. But between his Canadian tuxedo, drug business, and his own daddy issues (given the reveal that his father committed suicide), Charlie has been dealing with his own shit.

If heroin-injecting Charlie is too much reality for Marnie to aggrandize or craft into a story of rekindled romance, it’s enough for her to realize that the problems weighing her down are equally obvious and much more manageable. The stand-alone episode’s biggest contribution to the show’s ongoing narrative is the merciful dissolution of the Marnie & Desi marriage, which, five episodes in, has played out exactly like anyone would have predicted last year. Season 5 has been a very strong one for the show, but unlike Jessa’s short-lived marriage to Chris O’Dowd or the brief separation of Hannah’s parents due to her father recently coming out of the closet, there was never any joy in Marnie & Desi’s predictable bickering. It was exactly what we all expected.

It’s a moment that’s played seriously for Marnie’s sake rather than the viewers, as the Marnie & Desi romance was arguably the show’s least engaging pairing. Still, admitting to a failed marriage is a big step for a character like Marnie, and one more mistake she needed to acknowledge in order to grow; “growth” being the thesis for Girls’ penultimate season. (Next on the docket: fucking Fran.)

Where Girls shines head and shoulders above other similarly-themed shows is not in its portrayal of the strong bond between aimless twenty-somethings who become one another’s families yada yada, but rather the opposite. The show zooms in on the distance between friends with laser accuracy, presenting friendships as safety blankets the characters fall back into when they’ve messed up other aspects of their lives too badly. The episode’s last shot of Marnie crawling into her Hannah’s bed — a best friend that she does not particularly like, mind you — again speaks to that indelible history. The four central women of Girls (and I guess Elijah?) again and again return to each other because, shit, where else are they going to go?

Really, the lesson of GIRLS might just be that you’ve already met the shitty friends who are going to be in your life forever, so you might as well embrace it. Like drowning.

Jessa could only call Hannah when she was kicked out of rehab; Shoshana is miserable and homesick despite herself in Japan; and Hannah, for her part, has never quite managed to sabotage these relationships like she did with her coworkers at GQ Magazine, or her fellow students at the Iowa Writers’ Workshop. Really, the lesson of GIRLS might just be that you’ve already met the shitty friends who are going to be in your life forever, so you might as well embrace it. Like drowning.

The episode isn’t free of laughs either, mind you. Something about Desi predicting Marnie’s future as a murder victim because of her lack of understanding of the world is just perfection. And, for all the Peter Pan flack she may have gotten in the past, Allison Williams owns this character: providing the right mixture of earnesty while still always being almost too pretty for us to care about her problems. William’s portrayal of Marnie’s pathological need to aggrandize the narrative of her life for others never fails to cringe-tertain.

Making her way home to Chinatown in a sequin gown and barefooted — which is some King’s Landing level penance right there — is the perfect representation of Marnie Michaels, five seasons in: a goddamn mess, but one who can convince herself otherwise if she doesn’t focus on the entire picture. In fact, she probably hopes you’ll ask her where she got that dress, so she can tell you about the “little boutique she stumbled into during a meaningful encounter with an old flame.” In the end, though Marnie’s life journey may be as transparent of a cover story as that of “Miguiita Perez,” the alter ego she creates to swindle a John who mistakes her for a call girl: she is a character that is constantly making so many mistakes that you can’t help but hope that she’ll eventually learn from them. In any case, you certainly have to cheer her along after an adventure like “The Panic in Central Park.” 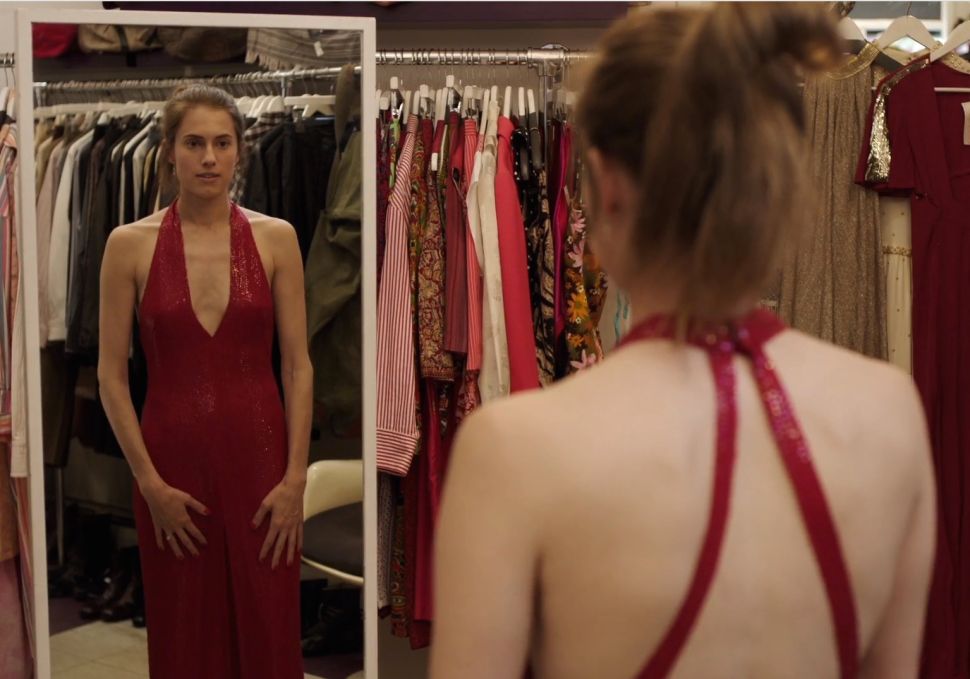