TRENTON — Following Governor Chris Christie’s endorsement of Republican presidential frontrunner Donald Trump, the blowback has been considerable from Christie’s own party. With Senators Jennifer Beck and Jack Ciattarelli calling for his resignation and former Republican governor Christine Todd Whitman saying that she would sooner vote for Hillary Clinton than the former reality TV star, one of Trump’s few defenders in the legislature described a disconnect between the caucus and the public.

Calling the record Republican turnout for Trump in the primary races so far a “wholesale rejection of trade policies that have lead to a lower standard of living for American people and middle class working families,” Senator Mike Doherty (R-23) described Clinton as only a shade bluer than Republicans’ ideal candidate.

Despite his past rocky relationship with the governor, Doherty declined to pile on.


“A lot of these folks that you see commenting and criticizing Governor Christie, it’s really just a way to attack Trump’s candidacy. They should just come out and say ‘We thoroughly reject Trump.’ But they need to realize New Jersey hasn’t gone Republican since 1988 , and New Jersey is sort of out of step with the rest of the country as far as who Republicans want as their candidate.”

For Doherty, foreign policy remains the defining issue. Trump, he said, is both parties’ only true isolationist.

“In South Carolina, he went directly at President Bush’s decision to destroy Iraq and other countries in the Middle East,” he said of Trump, who has attacked George W. Bush’s administration for their decision to invade Iraq.

“We’ve already run the pro-war candidates: McCain in 2008, and Romney in 2012. And the voters gave them two thumbs down. So if they want to repeat that and have another loss in 2016, go ahead and nominate Romney again.” 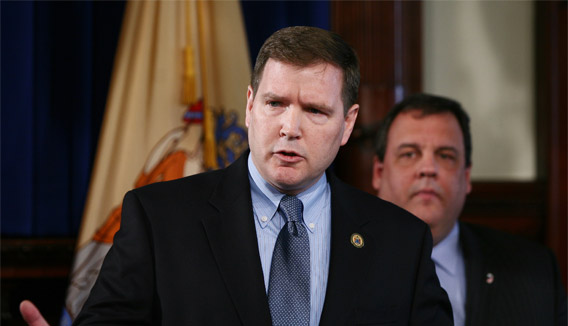