This weekend, South by Southwest, the renowned Austin, Texas-based annual entertainment and digital culture festival, will feature an all-day Online Harassment Summit—just the latest high-profile event to address abuse on the Internet, which was also the subject of a United Nations panel last year. Online abuse is a real problem; but so is the danger that it may become an excuse for silencing unpopular opinions and “offensive” expression.

Concerns about such muzzling flared up just last month in the right-wing blogosphere and Twitterverse after blogger Robert Stacy McCain was permanently banned from Twitter for unspecified violation of rules against “targeted abuse.” Mr. McCain is, to say the least, a controversial figure: a vitriolic anti-feminist polemicist, he has also posted anti-gay rants and has a history of pro-Confederacy apologetics. But even his staunchest foes have yet to produce evidence of behavior that could qualify as cyber-harassment. And even commentators who strongly dislike his views, such as Reason editor Robby Soave and attorney and blogger Ken White, have treated his banishment as a sign of Twitter’s biased rule enforcement and failure to separate harassment from free speech. (The Twitter press department did not respond to a request for comment.)

That Mr. McCain’s recent online activity was largely devoted to attacking feminism may be no coincidence, since harassment of women and especially feminists has been a main focus of discussions of online abuse. The issue was propelled into the spotlight in early 2014, when Pacific Standard magazine ran a feature by freelance journalist Amanda Hess claiming the Internet had become a frighteningly hostile environment for women, to the point where online misogyny could be considered a civil rights issue.

Ms. Hess’s article included some disturbing stories, including her own cyberstalking; but it also relied on much cherry-picked and questionable data. Thus, she cited a 2013 Pew Research Center survey in which five percent of female Internet users said they had been felt themselves to be in “physical danger” because of “something that happened online”—without mentioning that the figure for men was three percent, a gap within the survey’s margin of error. Nor did she mention that virtually equal numbers of women and men in the same study, 13 percent vs. 11 percent, said they had been stalked or harassed online.

Subsequent studies found that men may actually get more abuse on the Internet and that both sexes generally see online spaces as more “welcoming” to women, who have long outnumbered men in the social media. Nonetheless, the narrative of women being routinely terrorized on the Web has endured—in part, perhaps, because it plays to both feminism and chivalry. It also got a boost in late 2014 from the intensive media coverage of harassment targeting several feminist videogame critics and developers, blamed on the GamerGate movement which challenged “social justice” politics in gaming culture.

In response, Google, Facebook and Twitter have pledged to combat cyber-abuse. Some of the resulting steps have been positive, such as more options for Twitter users to block or mute pests. Unfortunately, the companies’ anti-abuse efforts have a built-in slant: They are generally dominated by feminist and “social justice” activists who tend to not only equate “safety” with protection from “oppressive” speech but openly support double standards favoring “marginalized” identities over the “privileged.” A roundtable discussion published in Wired last fall, featuring several such activists along with Twitter vice president Del Harvey, was notable for its explicit assumption that solutions to online harassment should focus on “marginalized” victims—“women, people of color, and LGBT people”—and help advocates for progressive causes.

The latest anti-abuse initiative is Twitter’s Trust and Safety Council, an advisory group whose ostensible purpose is to “ensure people can continue to express themselves freely and safely.” Yet critics such as Mr. Soave and Mr. White note that most organizations and experts on the council lean in favor of speech restrictions. One of its best-known members, media critic Anita Sarkeesian of the Feminist Frequency nonprofit, offered a very broad definition of harassment when she spoke to the UN panel on “cyberviolence against women and girls” in September: “Harassment is threats of violence, but it’s also the day-to-day grind of, ‘You’re a liar,’ ‘You suck’ … making all of these hate videos on a regular basis to attack us and the mobs that come from those hate videos.” Ms. Sarkeesian has gained sympathy as the target of vile invective online, including threats that have caused her to leave her home and to cancel a lecture. But much of the speech she deplores seems to be little more than rude criticism, just as the “hate videos” are legitimate if unkind critiques of her work.

If the social media opt for taking a side in the culture wars, they will inevitably break up into ideological echo chambers.

Such broad concepts of “harassment,” “abuse,” and “cyberviolence” are common. Last fall, the Google-launched think tank Google Ideas (now Jigsaw) tweeted about “fighting online abuse” with a group of feminists including Ms. Sarkeesian. When the tweet drew hostile comments, the Google Ideas team posted a follow-up: “The replies to our last tweet are precisely why we are exploring ways to combat online harassment.” Yet a look at those replies shows simply sharp criticism—including claims, backed up with screenshots and links, that two of the women touted as fighters against online abuse had engaged in it themselves.

Online harassment can take not only ugly but harmful and frightening forms, from hacking to disclosure of private information (“doxing”) to career-damaging smears to graphic death threats. In some cases, it has escalated to dangerous  and criminal “swatting” attacks—fake police emergency calls intended to get a SWAT team dispatched to the person’s home. While the Internet has created vast new opportunities for speech, those opportunities can also be used to hurt and intimidate others, in ways law enforcement is still struggling to catch up with. But the victims of these vile tactics are just as likely to be conservative white males as feminist activists. One such victim is Mr. McCain, who had to move with his family a few years ago because of threats related to online conflicts.

However, most of the recent discussion of online abuse is about something else altogether: mean words. (Even supposed “death threats” sometimes turn out to be little more than taunts like “Kill yourself” and “Please jump off a cliff.”) To be sure, being repeatedly bombarded with taunts and insults can be discouraging and even overwhelming, and not everyone can grow a thick enough skin to ignore them. But feminists and social justice activists are offenders at least as much as victims: No one cried civil rights emergency when British comedian Stephen Fry recently deleted his Twitter account due to attacks over jokes some saw as offensive to women and transgender people, or when technology entrepreneur Vivek Wadhwa stepped away from advocacy for women in tech because of social media bashing from feminists who accused him of using women for self-promotion. And besides, it is difficult to see how such behavior can be stopped without infringing on legitimate opinion and criticism.

Of course, as private corporations, Twitter and Facebook are not obliged to provide a forum to anyone. Yet Federal Communications Commission members Ajit Pai made an important point in a recent interview when he noted that “cultural values that undergird the [First A]mendment” are endangered when universities and social media abandon “the idea of the marketplace of ideas.” If social media companies have the right to restrict speech on their platforms, citizens and consumers have a right to criticize them—especially when their actions belie their professed commitment to free debate. Should “hate speech” be excluded from this commitment? Then, at the very least, all hate speech should be treated equally (including, for instance, the white-male-bashing tweets of some of Mr. McCain’s feminist targets). If the social media opt for taking a side in the culture wars, they will inevitably break up into ideological echo chambers.

It is also worth noting that many advocates against online abuse endorse speech-restricting government action. In January, Ms. Hess deplored a Canadian court’s acquittal of Toronto-based artist Gregory Allan Elliott on charges of “criminal harassment” based on his tweets to and about two feminist activists—tweets that, while often derogatory, contained no threats or obscenities and were often made in response to the alleged victims’ own attacks on Mr. Elliott. (Disclosure: I participated in a livestream fundraiser for Mr. Elliott’s defense fund last November.) Here in the U.S., progressive commentator Arthur Chu, who rails frequently against reactionary online “hate mobs,” has proposed doing away with the law that shields Internet service providers from liability from content posted by users.

In this climate, what will come from the SXSW online harassment summit? Most likely, more of the same: with a few exceptions, the line-up consists of activists who believe that the Internet is a cesspit of misogyny that must be cleaned up for women’s protection. (It is also telling that a pro-GamerGate panel originally scheduled to be part of the summit ended up being moved to a later date.) The fractious debate on online abuse could greatly benefit from a discussion that draws a clear line between cybercrimes and unpleasant speech, condemns harassment regardless of identity politics, and acknowledges that harassment accusations can themselves be used as a form of harassment. But that discussion will have to wait for another time. 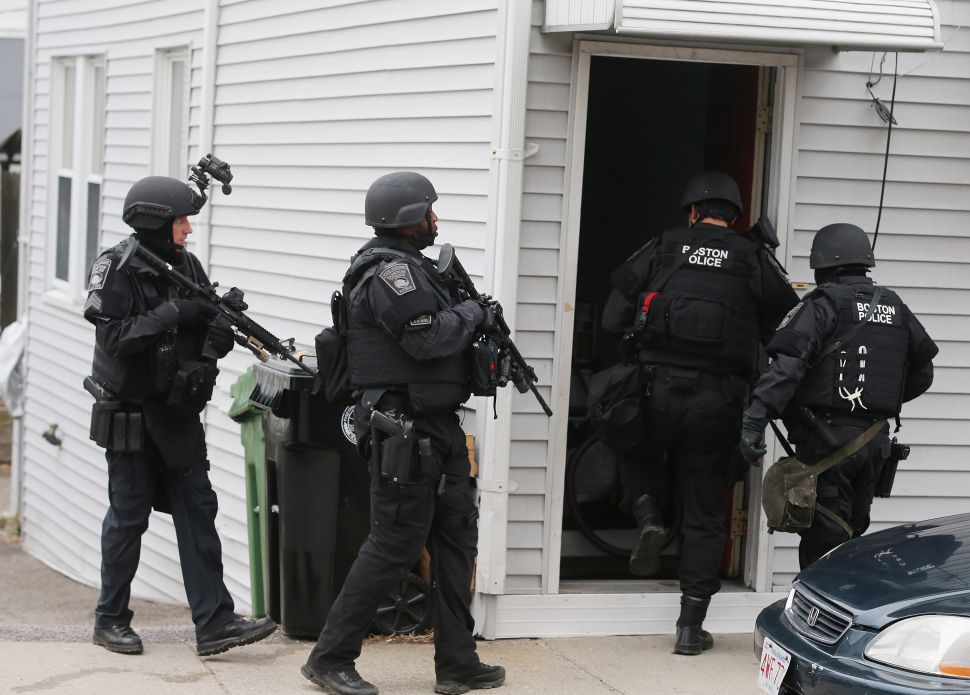