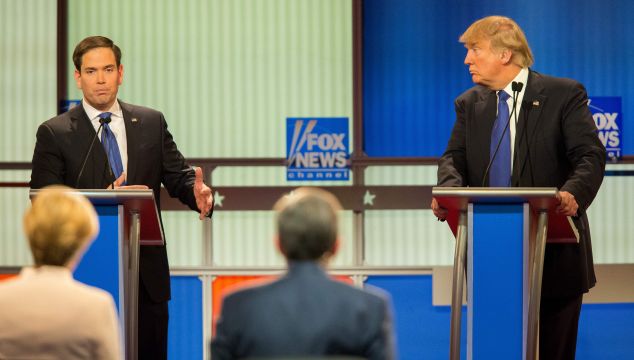 We would have been just two debates away from the end, but Republicans have added additional debates while the primaries are still going on. And seeing how this debate and the last one ended up—with shouting matches between the candidates—one can only imagine how many actual answers will be given by the end of this.

Where he floundered: He breezed past the question about bringing his clothing companies to America. He said he’d do it, but it wasn’t a forceful agreement.

He also spent much of the debate explaining how he’s flip-flopped on multiple issues and statements, including his past support for an assault weapon ban, which he now says he doesn’t support.

Where he excelled: Mr. Trump was again able to deflect the attacks of Sens. Marco Rubio and Ted Cruz. It’s unlikely that any of their attacks will stick or elevate the senators in the polls.

Where he floundered: Mr. Cruz did not appear to get as much speaking time Thursday as he has in past debates, which was a shame, because his attacks against Mr. Trump were more substantive than Florida Sen. Marco Rubio’s. While Mr. Rubio kept getting into shouting matches and and trading insults with Mr. Trump, Mr. Cruz kept his remarks about the issues.

Where he excelled: Mr. Cruz landed a great attack against Mr. Trump in asking how the casino magnate could face former Secretary of State Hillary Clinton on a debate stage after having donated to her 2008 presidential campaign.

“So I’d like to ask Donald, why did you write checks to Hillary Clinton to be president in 2008? It wasn’t for business,” Mr. Cruz said. “And how can you stand on a debate stage now with her and say you don’t think she should be president?”

Where he floundered: Mr. Rubio was able to keep the heat on Mr. Trump, as he did in the last debate. The problem for Mr. Rubio, however, is that he keeps talking over Mr. Trump and appearing childish. Mr. Rubio has had some decent criticisms, but he loses credibility in a way Mr. Trump doesn’t when he talks over him and responds with insults.

It’s become clear why Mr. Rubio has been doing this. His speeches and comments have received far, far more media attention since he began going after Mr. Trump. So while Mr. Cruz’s criticisms are more substantive, Mr. Rubio’s zingers will get more attention because they match Mr. Trump’s rhetoric.

Where he excelled: Mr. Rubio had an excellent line about the lead problem in Flint, Michigan’s water, saying he is against the politicizing what has happened in response to the issue because he doesn’t believe anyone woke up and decided to poison the people of the town.

Mr. Rubio’s response to whether he would support the GOP candidate even if it was Mr. Trump was smart. He said he would support Mr. Trump, but pointed out the dangers of electing either a socialist (Vermont Sen. Bernie Sanders) or someone under FBI investigation (former Secretary of State Hillary Clinton).

Where he floundered: He had a lot of substantive responses tonight that actually had me thinking: “Yeah, Mr. Kasich!” Where has this guy been this entire race? He wasn’t phenomenal, let me clarify, but he was certainly interesting. But often when he interrupted to speak, he didn’t comment on what the other candidates were talking about, he just went off on his own tangent. It felt like he wasn’t paying attention.

Where he excelled: He’s done poorly during the primaries, but he’s right when he says the next grouping of states take place on his “turf.” Could Mr. Kasich be the darkhorse in the race? I doubt it.

Mr. Kasich also avoided multiple attempts to get him to criticize his opponents, and he refused. It might mean he gets less media attention, as has been the case in the past, but it is refreshing to see a Republican avoiding the mud slinging.

He also gave a great response on balancing the budget.

“I’m the only person on this stage who actually was the chief architect of balancing the federal budget. It’s not a theory for me. It’s not—it’s not some—you have to know how to put everything together,” Mr. Kasich said. “And you know, I spent ten years of my life to get there, and I did not do that because I’m worshiping at some balanced budget shrine.” 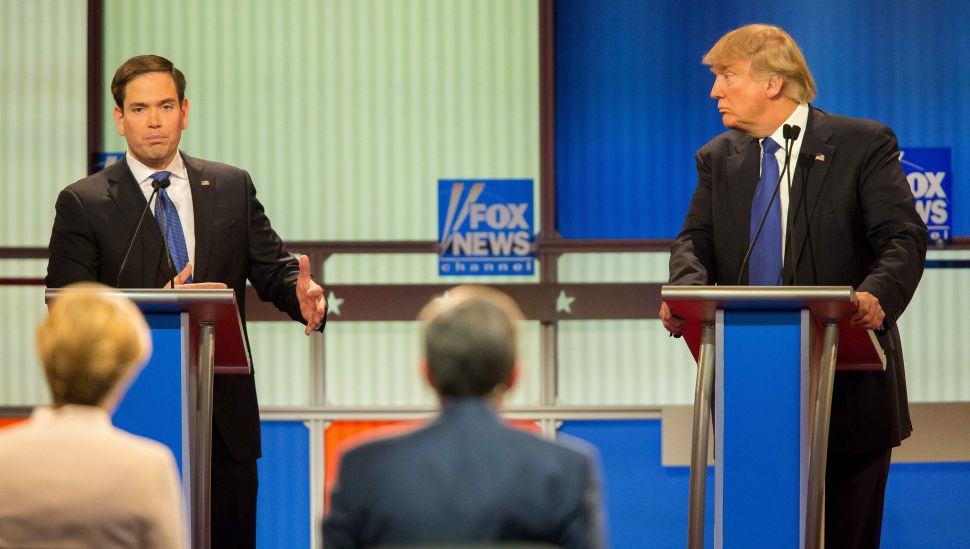