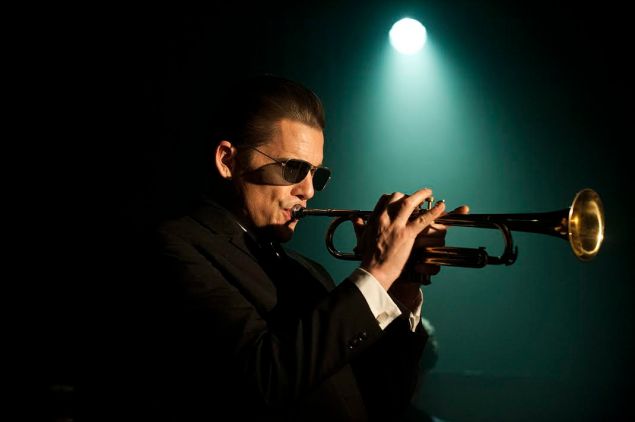 Ethan Hawke as Chet Baker in Born to Be Blue. Photo: Caitlin Cronenberg/IFC

The sad, sordid self-destruction of iconic West Coast trumpet player and whispery-voiced jazz singer Chet Baker is tackled again in the messy, inarticulate biopic Born to Be Blue. The film works only intermittently, thanks to the simulated music (none of it performed by Chet Baker himself or taken from his classic recordings), the sloppy time-traveling script and free form style of Canadian writer-director Robert Budreau, and the mumbling ineptitude of Ethan Hawke that makes it impossible to make out half of what he’s saying in any given scene. The goal is to give the movie the same improvisatory tempo as a jazz riff, but it’s flat and out of tune. I predict the audience (even hardcore jazz buffs) will lose the beat before the first horn solo.

Unlike Clint Eastwood’s great film Bird, about Charlie Parker, this one eschews any linear attempt to tell the real (albeit familiar) story of another musician struggling to balance a legendary career with a dedicated heroin addiction and a desperate attempt to beat death with a comeback; Born To Be Blue is what I call a “fictional documentary.” It jumps around like a fly with the hiccups, beginning in 1954 when the “prince of cool” was the new darling of bebop, making a famous debut on the Birdland stage with Dizzy Gillespie and Miles Davis, then spiraling into the 1960s, when he had already lost his looks and reputation as “the James Dean of jazz” and was washed up after years of heroin abuse, then flashing back to the filthy floor of an Italian cell where, high as a helium balloon, a tarantula crawls across his hand. In real life, producer Dino de Laurentiis really did offer him a chance to play himself in a film about his life that was never made. In this movie, he’s in the middle of filming it after years in jail, hounded by his parole officer, when two drug dealers beat him senseless, destroying his lips and knocking his teeth out. The next minute he’s seeking redemption through methadone and searching for a way to revive his career with false teeth. To please the authorities and convince his manager he can earn a living and avoid another stretch in prison, he even accepts a gig with a tacky mariachi band, playing trumpet in a sombrero. He does play Birdland again, in a famous comeback, but it’s only a matter of time before he’s heating up the old hypodermic again—a dreary pattern in his life the movie repeats monotonously. Ethan Hawke moves his fingers convincingly and the actual soundtrack trumpet playing by Kevin Turcotte is thrilling, but the star is too haggard and wasted to look as handsome as the Oklahoma farm boy he was on his glamorous early record album covers, and he goes physically downhill from there. He hits the ground ravaged and toothless.

Carmen Ejogo fares better as the fictional actress-girlfriend called “Jane” who tries to rehabilitate him and pursue her own career at the same time. A composite of the many wives, lovers and one-night stands in Baker’s tempestuous life, she provides the emotional contrasts the film otherwise lacks, but she was much better as Coretta Scott King in Selma. She holds up her corner of the screen, but with a co-star like Ethan Hawke teaching a master class in incoherence, how hard is that? The movie ends badly for everyone involved but fades to black before Chet Baker’s strange death in Amsterdam in 1988 when he mysteriously fell out of a window. When I interviewed him for an internationally syndicated profile to promote Bruce Weber’s acclaimed documentary Let’s Get Lost, his lip was so far gone he could no longer play the trumpet, yet he was still stubbornly defending heroin as “a harmless drug if used properly.”

He was a train wreck, but he had a musical style that was honest and uniquely his own, and the musical segments, arranged and conducted by ace jazz pianist David Braid, approach the level of sophisticated authenticity that is regrettably missing in the rest of the film. Ethan Hawke also sings two standards from the Great American Songbook. On “My Funny Valentine,” he even resembles Chet Baker’s breathless vocal sensuality, although he doesn’t come anywhere as close to Baker’s haunting and memorable sound as Matt Damon singing the same song in The Talented Mr. Ripley. Shifting from color to grainy black and white, this movie is not without its moments of visual interest, but for a more comprehensive study of Baker’s life and career, read James Gavin’s book Deep in a Dream, or better yet, curl up with the real deal and a glass of wine and listen to what used to be. 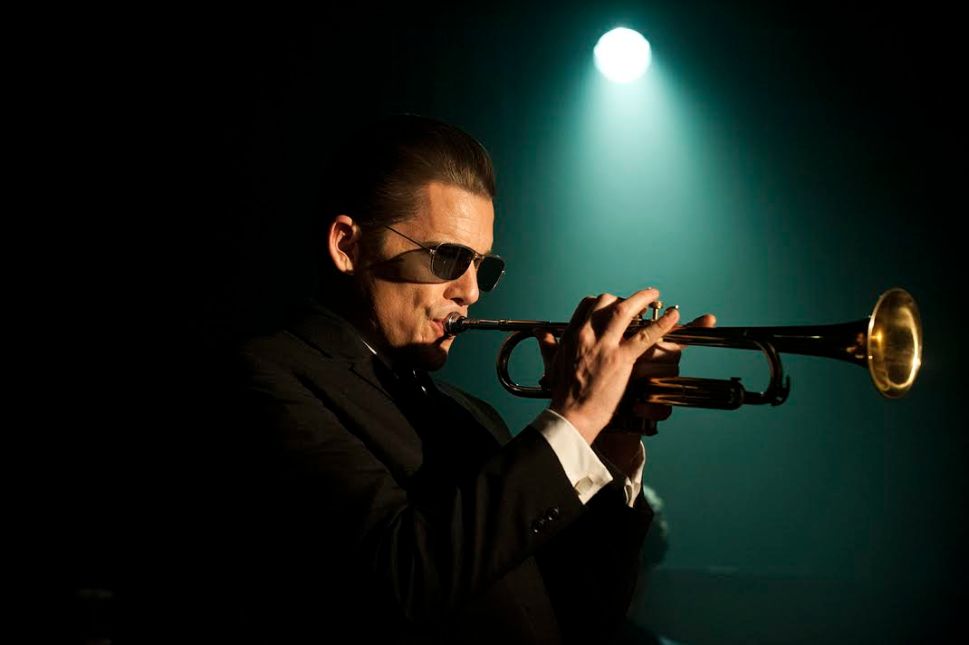