Did Making a Murderer leave you wondering, “Wtf, people. How is this happening?”

Me too. So I decided to investigate for myself…

Meet Carrie Sperling. Carrie is the Co-director of the Wisconsin Innocence Project.

That’s right. The same Wisconsin Innocence Project that helped get Steven Avery exonerated on his first charge. The very same Project getting inundated with calls and media scrutiny now.

I talked with Carrie and asked her all of the questions you would ask too.

Observer: The last few months had to be pretty crazy for you. Tell me about your experience.

Carrie Sperling: It has been interesting. We knew the show (Making a Murderer) was coming out. No one at the clinic had seen it, so we didn’t really know what was coming. But the clinic was prepared once again to have a vigorous response to questions about Steven Avery’s exoneration, his first case, and our role in it all.

What we didn’t expect was that the overwhelming response to the documentary would be, “Oh my god, this innocent man was convicted twice, wrongly. Why haven’t you been able to get him out for the second conviction?”

Do you feel the documentary has shed light on what you do in a positive way?

I think it is yet to be determined. The show has had positive effects for turning our attention to the flaws in the criminal justice system that need to be fixed. It’s like shows such as “CSI,” that shine a light on how important forensic evidence is, especially in the courtroom. But CSI creates a whole fictional take on what forensic science actually is. Most of what’s called forensic science today is not science, despite what the CSI show demonstrates.

So people’s sense of what happens in a criminal lab is completely divorced from reality. Now the Avery case is a “documentary,” I mean it is showing you “reality,” but there’s now a lot of back and forth about the “reality” of it, right? Many argue that the documentarians skewed the presentation, and argue that there is evidence absent from the documentary there that is very compelling against Steven Avery.

What else did viewers miss from the show?

One of my fears is that the criminal justice system takes so long to do anything. If Steven Avery ever gets another hearing, people will have long forgotten about the show and won’t necessarily make the connection.

One of the things that the documentary doesn’t describe well is how hard it is once you’re convicted to get another hearing and a new trial. It showed that to a degree in the first Avery case; you know how Avery found some favorable DNA results, and still couldn’t get a new trial.

It wasn’t until the Wisconsin Innocence Project came in, got further DNA testing, and linked the DNA to a known serial rapist who had been an alternative suspect, that Avery was released. So the documentary did not show the enormous mountain one has to climb to get post conviction release.

To me, the most exciting thing about “Making a Murderer” was witnessing a new crowdsourcing movement for court cases emerge in real-time. Do you think we’re changing the way the court system operates?

Carrie Sperling: I think it is really interesting. I was on a website recently, and saw all these people doing their own investigation of the case, and coming up with all sorts of ideas. Some of these ideas may be useful to Brendan Dassey’s attorneys and Steven Avery’s attorneys in post conviction.

And I thought to myself, “Wow, everything has changed. Should we be tossing our investigations out to the public, saying, ‘Here, please investigate this. See what you come up with.’” It’s a really interesting concept.

It must be a sizable shift for somebody like you. You obviously have years of expertise, you’re a professional, and now it feels like we have this more immediate, real time ability for lots of people to go in and look at these things.

It cuts against everything we learn as lawyers. You know—confidentiality, not disclosing your strategy too early, and keeping the facts to yourself until you’re ready to present them. It cuts against so many things that we are taught to avoid, especially the media being involved. Many defense lawyers don’t want the media involved, period.

But you see how it’s already helped Dassey and Avery, because the documentarians got interviews with the legal team, and even Avery’s family. In the end, I think the media access has really helped their cases.

It can also hurt people’s cases, right? I mean if you open something up to the world, you’re going to get the good and the bad. But, it’s such an interesting concept to me. Theoretically, we could investigate so much more thoroughly and more quickly if we would just open the investigation up to people who are interested in solving a mystery and freeing an innocent person.

Do you think we’ll see this level of media access again?

I do think you’ll see more access for media because of this documentary. The problem is the documentary came out 10 years after the process started. So again, it’s a slow process. Perhaps even slower than the pace the criminal justice system.

I’m excited to think about the speed and the power of the Internet to investigate potential innocence cases much more quickly. If you know you need an expert for something, maybe you can throw it out there to the world, and see what kind of help the collective intelligence of the internet can provide.

I think a big part of these new public cases is giving people clear ways to become involved and take action.

When I was on a Beloit College panel recently, there was a student in the audience who asked, “If we’re really interested in these issues and in making change, how can we help?”

Right now, we don’t have a great answer for that, because we have so few avenues in which people can involve themselves in the cases. We seem to give the message, “Well, finish your undergrad degree, apply to our law school, apply to the Wisconsin Innocence Project clinic, and eventually you can work on some cases.”

That said, I was watching on the Internet about what people are saying about the Avery case. I saw some of the different scientific concepts that came up, including details regarding the burn pits and temperature and detailed evidence collection. The documentary opened up the evidence in the case to the digital world’s power that obviously you and your readers know well.

Maybe somebody can create the test case where a client agrees to a new model of investigation. For instance, in Serial, let’s say the defendant in the case says, “Throw it out there on the Internet, and let everybody investigate it. Somebody will come up with an answer for me. Somebody will find the evidence I need.” This would supplement the ability of an investigative reporter to solve the puzzle. The podcast was a great platform to discuss the evidence that an investigative reporter compiled. But it’s still a very slow and controlled process compared to just throwing stuff out to the world.

Wow! I can totally see a test like that happening soon. In that vein, do you see another high profile case coming down the pipe?

Well, I’ve been thinking about that a lot. There’s the West Memphis Three, the Central Park jogger case, and there’s the Norfolk Four case. These are all really high profile cases of wrongful convictions being overturned.

There are plenty of cases if you look for them. There was a fairly recent one out of Mississippi that was very compelling with two guys on death row, convicted by bite mark evidence. The story is really gripping. All of these stories of wrongful convictions are incredible stories, and if you watched them one after another, you’d be too depressed to do much anything else for a while.

What are you personally betting on over the next 18 months?

I’m betting on the ability to have a more educated populace and a more educated media regarding wrongful convictions. I’m betting on some of the same momentum we saw in reaction to the release after release of videos of police shootings involving black men. I hope this momentum will lead to further reforms, and a different way of looking at law enforcement.

Are you reading anything great right now?

I just reviewed a book by Deborah Tuerkheimer—Flawed Convictions—for the National Association of Criminal Defense Lawyers magazine. It’s about the shaken baby syndrome debate. It is about her experience as a former prosecutor who prosecuted child abuse cases. She describes how she learned that the science is unreliable and never supported the claims that prosecutors and child abuse pediatricians and doctors were claiming about this whole notion of shaken baby syndrome.

She goes through the book telling the stories of so many caregivers wrongly imprisoned by the shaky science. Some have been exonerated, some have not. She takes the criminal justice system to task for being unable to solve this problem in which some defendants are convicted based on junk science while others are acquitted resulting in a “fluky justice.”

If you’re interested in wrongful convictions, or how they happen and where the next innocence project should focus its attention, this is the book to read.

Ben Smith is an active investor in VR and digital media, and is based in Los Angeles. Mr. Smith was an early Google and YouTube exec, and has founded and led multiple venture-backed video startups. His monthly profiles on “why people are great at what they do” are found here. 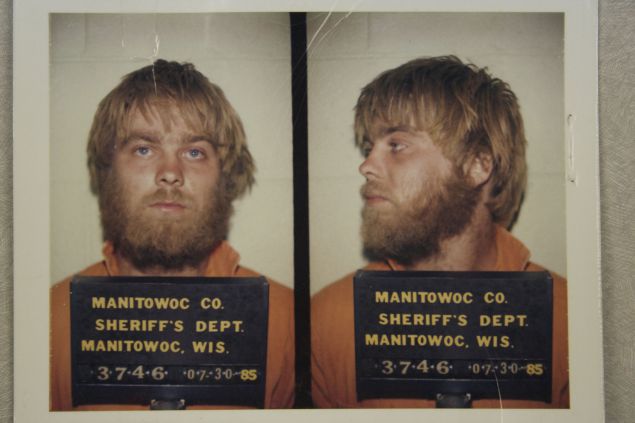