James Mahon may only be 25 years old, but the Irish journalist has already held on-air positions at several Tennessee television stations.  He recently returned to the U.K. and is now a journalism lecturer at the University of the West of Scotland.

Given this background, Mr. Mahon was shocked to discover yesterday that he was the face of a new Twitter parody account called “Guy at your J-School.” His image had been taken without permission.

“Some media student Googled ‘broadcast journalist’ and grabbed the first male picture,” Mr. Mahon told the Observer via FaceTime. “This is discrediting my image as someone who teaches journalism, and it’s disrespectful not only to me, but the station I worked for and the students I teach.”

When one Googles the phrase “broadcast journalist,” Mr. Mahon’s picture is indeed one of the first images to appear, and the first of a male journalist working solo. The picture is used on his personal website and Wikipedia page, and so is technically free for public use under a Wikimedia Commons license.

But Mr. Mahon’s problem with his image being used for a parody account primarily has to do with context. First of all, the picture clearly identifies the station he was working for (WDEF News 12 in Chattanooga) and the Tennessee courthouse from which he was reporting (the Bradley County Judicial Complex).

Beyond that, at the time the picture was taken in 2013, Mr. Mahon was covering the murder trial of Tasha Bates, a woman serving two life sentences for leaving her two children, ages three and five, to die in a hot car.

“If you want to create a parody account, use a picture of a microphone, not one of a reporter covering a murder trial with two life sentences,” Mr. Mahon said. “There’s no tact or respect for these two children who are dead.”

Outside the circumstances of the picture, however, Mr. Mahon said this was a matter of pure journalistic integrity—and he used this reporter to illustrate his point.

“I wouldn’t use John Bonazzo’s picture for a Twitter account called Yankee Dickhead where I made fun of the Observer and media,” Mr. Mahon said. “I would be discrediting your field.”

While Mr. Mahon said he’s contacted Twitter multiple times to take down the picture, the social network has not responded.

Nu Wexler, a spokesman for Twitter, said in a statement emailed to the Observer that the company does not comment on individual accounts, “for privacy and security reasons.”

Mr. Mahon said his message to the admin of the account (who remains unidentified) was to be careful where they got their pictures.

“I’m not a parody,” Mr. Mahon said. “I’m not an actor who posed for a generic stock photo.”

In fact, Mr. Mahon hinted that the person who created the account should reevaluate his career goals.

“Whoever this is, he’s gonna make a terrible journalist,” he said. 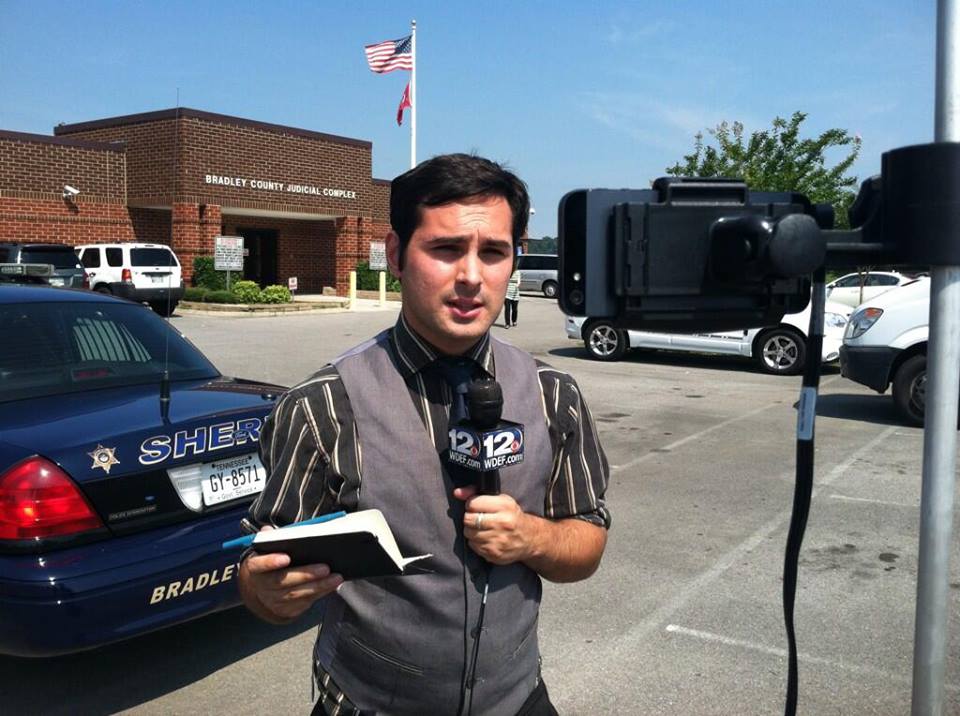