The British immigrant to the U.S. must become accustomed to typically American characteristics such as larger portions, comedies with feel-good endings and politicians who talk passionately about not only their religious practices but their personal relationship with (G)od. Despite coming from a place where the Queen is also the head of the church, if a member of the UK parliament proposed legislation based on his faith, the sergeant-at-arms would discretely telephone for immediate transportation to the loony bin.

This last aspect has become one of the most difficult to embrace, largely because those natural legislative progressions, like acceptance of gay marriage—which had previously enjoyed smooth passage in Europe—are still being rabidly debated in the US on faith-based grounds. To place my cards on the table, I am neither a devout agnostic nor a devoted atheist. Far from it: I am a practicing Sephardic Jew who enjoys leaving work early on a Friday and regularly prevails upon judges to accommodate my deifically ordained diary. Even with such a background, one cannot help but be uncomfortable when laws are enacted or interpreted to trample upon another’s religious or non-religious rights.

Over the past few years there have been a raft of policies and legislative changes designed to protect against LGBT discrimination (with ancillary benefits for single mothers) which those who misunderstand the nature of the constitution, claim ride roughshod over their beliefs. At its core, there is generally a fundamental misunderstanding between a right to practice religion and religious rights, the former being constitutionally protected, the latter are fictional. Purposefully, those offended by anti-discriminatory progress have repurposed words at the heart of the American psyche—Freedom, Liberty and Defense.

Had Georgia genuinely wished to protect its biblical vision, it would have started with tax credits for parents who send their children to faith schools.

In response to the vile calumny of being forced to treat employees, prospective tenants or pizza-loving groom and groom equally, all of which could never be condoned by the godhead, there is a growing movement for freedom to discriminate. The most recent example being the Free Exercise Protection Act which was passed in Georgia last week, providing a remarkably broad mandate for faith-based bullying.

Like most pieces of offensive legislation, it begins rather innocuously by protecting a minister’s right to not perform marriages which might offend beliefs, seems quite vanilla. Then it gives protections for religious practices in the workplace, giving the regular devotee that which it has desired for years, a legal basis to be able to take off for holidays and Sabbath. The trade off? Just a simple Faustian pact where an organization may fire or refuse to hire someone for being the wrong religion or on a broad reading of the act, not religious enough. That means a woman who conceives out of wedlock could be fired just when money is most needed.

True freedom of religion is undoubtedly one of the greatest accomplishments of the United States but it is sad that divisiveness and intolerance is at the heart of the First Amendment defense movement. Had the Georgia legislature genuinely wished to protect its biblical vision of the family unit, it would have started by tackling the genuine issues such as tax credits for parents who send their children to faith schools. But no, instead it desires to provide immunity for any loosely-defined faith organization to ostracize at will.

Unfortunately, while one would wish for there to be a tsunami of common sense, it is more likely that Mammon will decide whether Governor Deal will exercise his veto. The Georgia film industry is worth over $5 billion and Walt Disney Co, Time Warner, AMC Networks and Viacom have expressed their discontent—with Disney stating that it and its subsidiary Marvel will refuse to film in Georgia if the act remains. A powerful incentive for the governor to see the light.

What the god botherers fail to comprehend is this: Had they managed to separate church and state in their everyday lives in the beginning, there would have been no need for legislation to ensure equality for LGBT which, in turn, would not have necessitated the current abuse of the First Amendment by having it twisted into a defensive shield. Maybe I am just a crazy zealot in believing, not as a lawyer but as a person (they can inhabit the same body), that I have no right to impose my religious beliefs on another and that there is only one judge in this world, which is certainly not me. 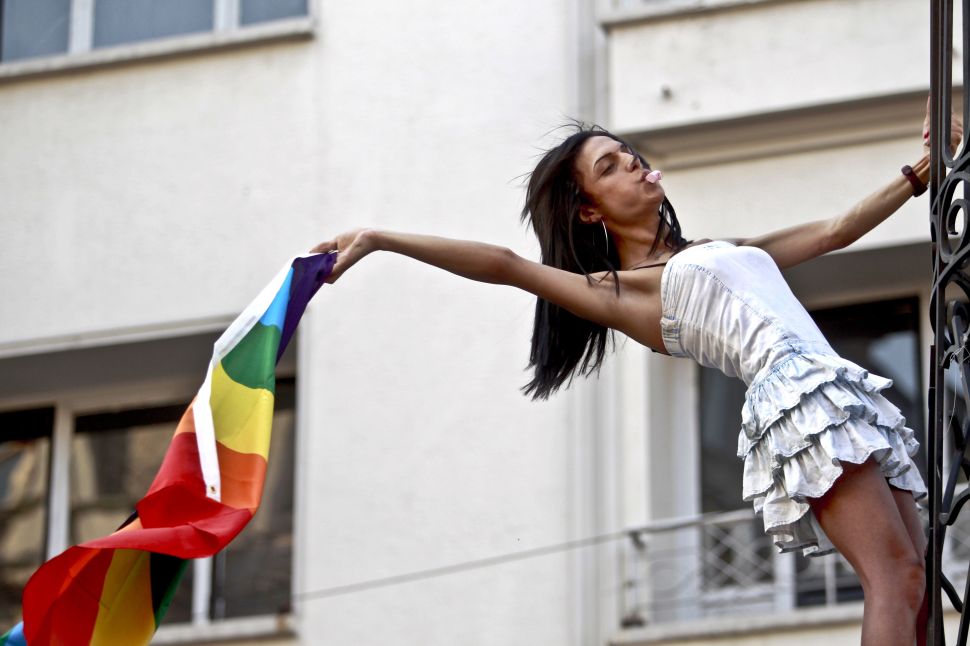