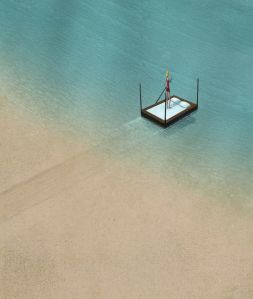 I’m on this fantastic new cleanse. Its ingredients: cayenne pepper, fresh-squeezed lemon, Facing Shit, Trust and No Sex—stirred not shaken. It may have its bite, but the toxins are literally dripping from my pores.

I didn’t choose it. It chose me. My body was like, “Take a break from the D.” And then things just really all came together after a lot of moping. One afternoon, mid self-flagellation, I heard this blaring voice in my head. “You’ll know it when you meet him and you’ll be blown away so get ready.” This knowing—call it intuition—gave me the permission to focus on myself without some serious dating FOMO. It seemed what I really needed was to press pause on my love life, unabashedly cultivate my creativity and take stock of my past relationships. Essentially, romance myself. Sure, I have my doubts, but more so I have hope and, no matter, Tinder will always be there, waiting for me.

Get ready. Summer would be a lovely time to meet him. I’ll call him Mr. August, although July or even early September will do since there’s still work to be done. Along with my therapist, I’m in the process of dismantling my biggest secret shield and shame, the somatization of my emotions.  When something hurts on repeat, I fall into this black hole and want out of my physical form. It’s not like I ever want to die, I just want to trade in my body for the newer, painless model.

Perhaps it started when I couldn’t breathe from asthma, or as a result of all my injuries sustained as a former competitive athlete, or from some other primordial wound, but it is a coping mechanism I have brilliantly mastered. And as it turns out, my rotating assortment of ailments are most often exacerbated by romantic relationships.

With my ex, Jerry, a sizable man, I was nervous he’d break my back during sex and discard me like road kill. (To be fair, I had already been sporting low back pain pre-Jerry from fucking Josh on his counter top. Josh had been checking out his manliness in a full-length mirror and with one inconsiderate thrust nearly tossed me onto his kitchen floor. My back was displeased.)

Then there was Richard, my Pygmalion relationship. After rolling my ankle on my way to his brownstone, a trip to the podiatrist revealed it was a ganglion cyst, which I too had never heard of. So I showed up at one of Richard’s charity speaking engagements wearing a very pretty dress in an air cast, on crutches.

“You really don’t have to stay,” he told me.

“But I want to support you,” I said, hopping behind him on one foot.

At a particularly low point, Richard told me he wouldn’t be surprised if I was in a wheelchair by the time I was 40. I was 24 at the time and his 40th birthday was around the corner so he must have been having some feelings about that.

On a good note, my ganglion cyst disappeared within weeks of our breakup.

I sprained my left piriformis muscle—where the hip meets the ass—whilst doing the deed with Mark, an emotionally unavailable TV producer. He tried to make me feel better by saying my newfound physical limitation only made sex more interesting—now he got to fuck within the confines of a thesis statement. But I was never one to enjoy a five-point essay.

I had kidney issues with Max. A string of UTI symptoms, but never an infection, drove me to multiple gynos. Finally, the moment of reckoning: I drank pink barium for a CT scan. I was hoping it was something serious, like kidney failure or at least stones, but they gave me a clean bill of health. Max told me he felt like he was in a triangular relationship with my inner wounded child and myself. “Like a three-way?” I asked him.

Richard told me he wouldn’t be surprised if I was in a wheelchair by the time I was 40. I was 24 at the time and his 40th birthday was around the corner so he must have been having some feelings about that. (On a good note, my ganglion cyst disappeared within weeks of our breakup.)

I developed right big toe joint pain with Trent, the man who recently ghosted me for another woman. My podiatrist said my foot was stable, but on the way to Trent’s loft, my arch spasmed so badly I had to Uber it. I just couldn’t seem to stand on my own two feet around him.

Then I went to dinner with Bill, a man far too old for me. I said let’s be friends. He had just returned from skiing in St. Moritz. I told him I no longer skied because I didn’t want to get hurt.

“I find you very nice to look at, but we would never work,” he told me. “You have too many fears. I need a woman who enjoys my favorite things—skiing, surfing and sex.”

For a moment, I forgot I wasn’t attracted to him and found myself trying to convince him—I was that woman.

There is a shadow that follows my joy. When it catches me, I am split in two and no longer recognize myself. It grabs my mind and loops on defeat. And then, like a dying animal, it searches for a remote corner to curl up and disappear. Who wants to be with that?

I am on my bed, the dying animal. And there, lying next to me, I imagine my future husband, Mr. August. I hold his invisible hand and look into his clear eyes. I can see very far. I can almost see him more clearly than men in the flesh, and I begin to remember who I am.

“Hi.” I smile, wiping away tears. “I’m really looking forward to meeting you.”

“I’ve been waiting for you,” he says.

“What about my shadow?” I ask him.

“There will be a time when you won’t need it anymore.”

He laughs. “You don’t have to perform for me.”

“Why are you so patient with me?”

His face is close to mine and I don’t even know what he looks like. “Because we’re meant to be together, and I want you.”

I can smell him yet I don’t even know what he smells like. “I think we’re going to have a lot of fun.”

I lean into the space that would be his arms, and I feel loved.

I like to think that I was telepathically communicating with Mr. August. Or maybe it was the part of me who knew there was another way to talk to myself—with kindness. I’ve brought him back a few times now, but I keep it in check, as I don’t want to start canceling plans on account of him.

My question is not so much can I trust men, but can I trust myself? I am my worst abuser, but I am also my greatest ally. And I am not my body. I do not live in my breasts or my ass or the arch of my back. If I cut off my hands, I’d still be here. So why do I let my mind get trapped in a foot or a kidney? But what if all along these places of pain were actually catalysts for
integration and healing? What if instead of being fought, the pain is to be loved and listened to?

The light is changing, spring is around the corner, and the wind blows open my white curtains. I lie back on my bed and think about all those years and all those men. Drenched in history, I let the hurt burn through my body, obliterating reason. I touch myself. Mouth opening, breath quickening, chest lifting, feet curling, legs shaking, heart bleeding. I explode. And then, from my ashes I arise. Get ready for me, Mr. August. 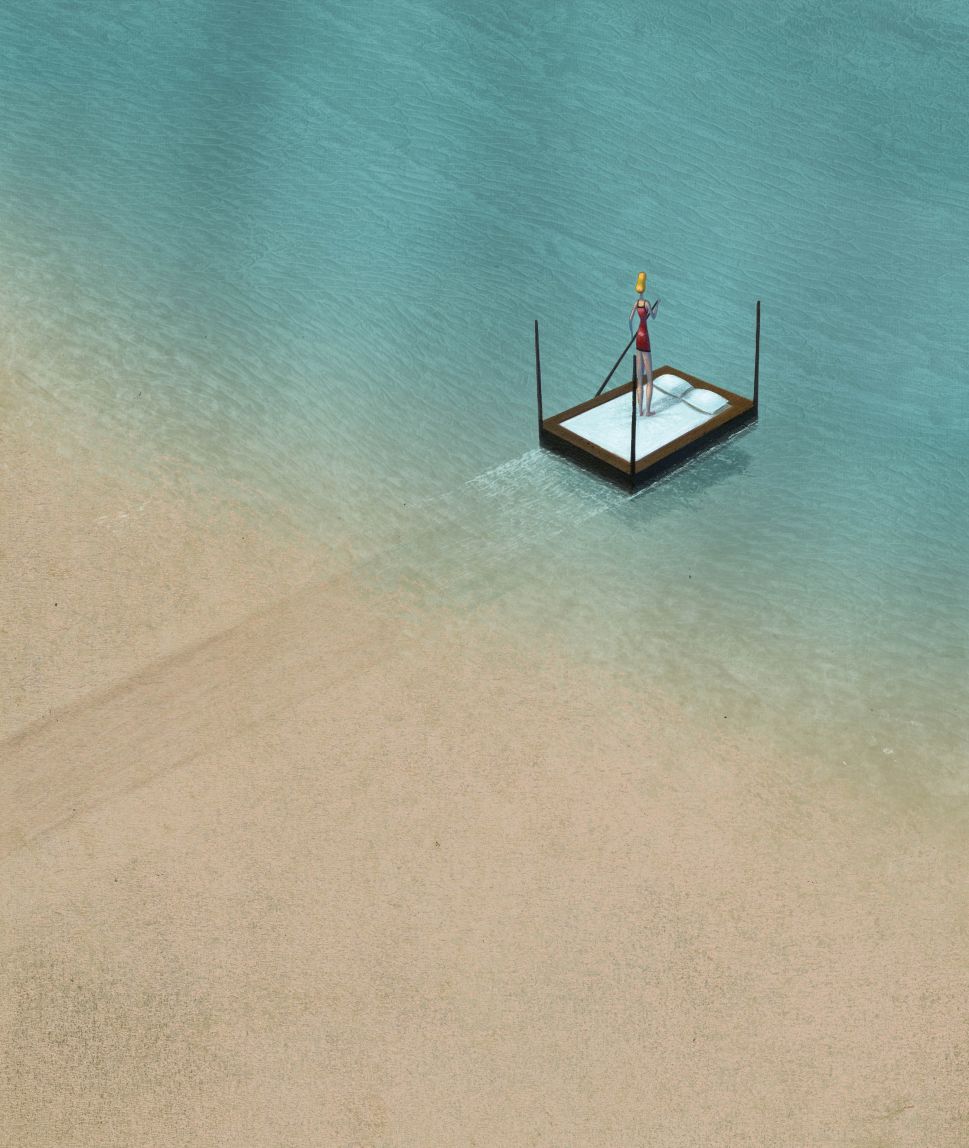