March 11 marks the fifth anniversary of the Fukushima Daichi nuclear power plant explosion in Japan. More than 80 percent of the radioactive material from the explosion leaked into the Pacific Ocean, released via groundwater.

As a way to share his results, Dr. Buesseler held a Reddit AMA this afternoon. His most interesting revelation was that even before Fukushima, there were already trace amounts of the radioactive substance cesium-137 in Pacific Ocean samples. This material is left over from nuclear weapons testing that took place in California from the 1950s to the 1970s.

Because many Americans have been drinking this non-harmful radiation without knowing it, the risk of harm from Fukushima in the U.S. is small—in fact, the most radioactive sample Dr. Buesseler collected has radioactivity 500 times lower than the safety limit the U.S. government sets for drinking .

“March 11 should be remembered as the anniversary of a horrible tragedy in which tens of thousands of people lost their lives just as much as it marks the beginning of events that we continue to deal with.”

In light of this, much of Dr. Buesseler’s AMA consisted of allaying peoples’ fears. He explained that radioactive elements diffuse and dilute in drinking , dulling its effects.

Cesium-137 in particular had its effects dulled by ocean —the fallout of cesium after Chernobyl was two to five times greater than after Fukushima, largely because most of the Fukushima fallout went into .

Dr. Buesseler used another analogy here—immediately after Fukushima there were 50 million units of cesium in some samples, but now the average is down to two units, which he wrote “is like the difference in the temperature on Earth and the temperature on the center of the sun.”

While Fukushima was not as damaging to American oceans as it could’ve been, Dr. Buesseler does regret that he and his team had to work alone. No U.S. federal agency takes responsibility for ocean radioactivity studies, which Dr. Buesseler called “disappointing.”

Dr. Buesseler concluded that because no one has died due to ocean radiation since Fukushima, people should get educated about the topic rather than simply be afraid.

“March 11 should be remembered as the anniversary of a horrible tragedy in which tens of thousands of people lost their lives just as much as it marks the beginning of events that we continue to deal with,” Dr. Buesseler wrote. “People need to understand more about radiation and the relative risks it poses in our daily life so that we can make informed choices.” 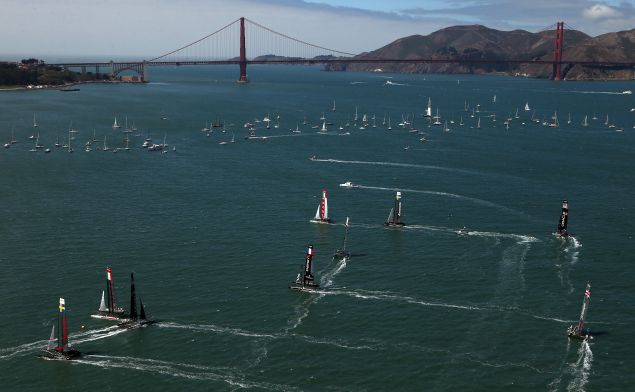