Florida needs Bernie Sanders more than any other state in the country, as much of his campaign platform targets issues disproportionately facing Floridians—and the state’s Democratic Party, which favors Hillary Clinton, has been an abysmal failure in important elections over the past decade.

According to Bloomberg, three out of ten cities in the country with the greatest income inequality are in Florida: Miami, Tampa Bay and Gainesville. The wealthiest five percent of households in Florida represent 24 percent of all income earned in the state. Nearly a quarter of African-Americans in the state can’t legally vote because Florida is the only state in the country other than Iowa to place a lifetime ban from voting on convicted felons. South Florida is already facing many threats caused by climate change, with scientists predicting rising sea levels will flood Miami by 2100. Meanwhile, Florida’s Republican Governor Rick Scott has banned state agencies from even using the phrases “global warming” and “climate change” in their correspondence—and millions of low-income Floridians are without healthcare because Mr. Scott refuses to expand Medicaid. Florida has also experienced some of the worst cases of gerrymandering in the country.

Florida’s problems cannot be blamed on either political party, but rather on the general corruption and ineptitude of the state, which was ranked as the most corrupt in the nation in a 2015 Harvard University report. In an average year, 71 Florida officials are convicted of corruption, and very little has been done to fix the situation. An anti-corruption bill currently moving through the State Legislature now faces little chance of passing if it even makes it to the floor for a vote.

Florida’s Democratic Party often relies on moderate candidates with wealthy connections to run for important offices, and loses to Republicans because of it. There are over 300,000 more registered Democrats than Republicans in Florida, yet Republicans have the majority in the State Senate and State House. They also hold the Governor’s office, one of two U.S. Senate seats and 17 of 27 Congressional seats.

Come November, when they wonder where it all went wrong, Florida Democrats can look back to their overwhelming embrace of a candidate fueled by corporate ties.

In 2014, Florida Democrats depended on Charlie Crist to run for governor against the incumbent Mr. Scott. Mr. Crist served as Republican Governor of Florida from 2007 to 2011, but then switched to the Democratic Party only to lose to Mr. Scott in an election that saw voter turnouts at record lows.

This year, the Democratic Party supports Congressman Patrick Murphy to run for Senator Marco Rubio’s seat. Mr. Murphy was a Republican until 2012, when he donated to Mitt Romney’s presidential campaign. Despite his support of Mr. Romney, President Obama and Vice President Joe Biden formally endorsed Mr. Murphy a few days after Congressman Alan Grayson’s formal endorsement of Bernie Sanders. It is unprecedented for a sitting president and vice president to try to influence a Democratic Primary Senate race, especially in a state where neither men have ties.

Florida’s Democratic Party can also be thanked for DNC Chair Debbie Wasserman Schultz’s rise to power in national politics. In 1992, she coasted into Florida’s State Legislature after virtually inheriting the seat of Rep. Peter Deutsch (her boss), only to assume his seat in U.S. Congress when he retired in 2004.

Ms. Wasserman Schultz’s ties to big sugar and the private prison industry have provided steady campaign contributions to fuel her influence in the DNC. Under her leadership, the DNC has taken several steps back in getting money out of politics, as she removed the DNC ban on contributions from federal lobbyists and super PACs, which was first enacted in 2008 by Mr. Obama. Through the DNC’s joint fundraising committee with Hillary Clinton, Debbie Wasserman Schultz lines her pockets with money while the Clinton campaign chooses which state Democrats should be bought for allegiance.

Sadly, Ms. Wasserman Schultz’s leadership hasn’t been the only issue for Florida Democrats. Adding to the negativity is Congresswoman Corinne Brown, who has close ties to a charity that pleaded guilty on March 4 to federal fraud.

A formidable showing for Mr. Sanders would be ruinous for Ms. Wasserman Schultz, as Sanders supporters already despise her and she is facing her first ever primary challenger from Tim Canova, who also happens to support Mr. Sanders. Yet instead of embracing the inspiring message and candidacy Mr. Sanders brings, Florida’s Establishment Democrats hold onto the status quo, even though it hasn’t delivered anything other than failure.

The last time a statewide election was won by a Democrat—besides former Astronaut, Senator Bill Nelson—was when Alex Sink was elected CFO in 2006. If Democrats want to do better in Florida, they need to connect with their base, which Mr. Sanders could easily achieve. Instead, Florida’s Democratic Establishment sticks with the same old routine, and is so carried away with endorsing Ms. Clinton that they erroneously listed Burnadette Norris-Weeks, a Broward County Election Attorney, as a Clinton supporter. Ms. Norris-Weeks hasn’t formally endorsed anyone for president.

Florida has 246 delegates up for grabs on March 15 in the Democratic primary, and whomever they support will likely go on to win the Democratic presidential nomination. Southern states have primarily supported Ms. Clinton, but Florida differs from the south in that it swings between parties in presidential elections. Come November, when they wonder where it all went wrong, Florida Democrats can look back to their overwhelming embrace of a candidate fueled by a network of corporate ties, rather than the grassroots heart and soul of Mr. Sanders’ campaign. 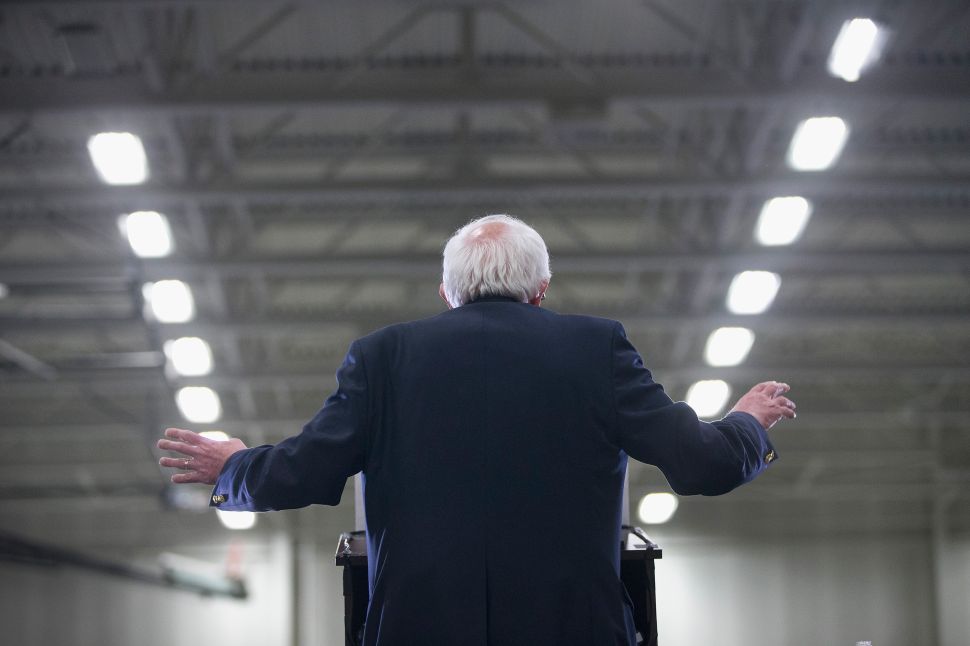