If you’re into spinning, you fall into one of two camps. You’re either devoted to SoulCycle and obsessed with their darkened rooms and cult-like leaders, or you’re all for Flywheel and its competitive nature. As someone who tried SoulCycle and subsequently hated it, I’ve put off stepping foot inside of a spinning studio for two whole years…until Flywheel announced tech enhancements to make even biking newbies consider a class (especially since the first one is free).

I prefer dance cardio and yoga over anything truly athletic, which made me wary at best, and terrified at worst. Flywheel, famous for its leaderboard displaying rider’s scores on a screen at the front of the room, sounded far too intimidating, especially since my competitive nature is basically nonexistent. When people strike a Crow pose at yoga, I casually sip from a bottle instead of attempting to contort my body.

But alas, many New Yorkers swear by Flywheel, so I decided to attempt the “enhanced experience” they were offering riders. The website and app now recommend classes based on the teaching style of instructors, showing their likes, dislikes and the music they’ve been playing. The system also auto-books classes and auto-refills purchases. For the highly competitive, a tech pack greets riders and keeps track of their race times. The tech pack can also connect with instructors, to help them understand the rider’s level and needs.

I went into Flywheel fully expecting to feel the same way I felt about SoulCycle. There, I spent most of class sweating profusely, wondering if the seat was could injure me and feeling sure I would fly out of my shoes and off the bike, to great injury, which would be difficult to explain. Instead, Flywheel offered a much more guided ride, far less intimidating for beginners. The instructor kept announcing what the numbers on the bike should look like, and while mine weren’t always there, it made it much easier to at least feel like I knew what I was doing. With stadium seating and dark lights, I was able to hide in the back while keeping up the instructor, who seemed to be pedaling unreasonably fast throughout the entire ordeal.

At some darkly lit boutique studios with no clocks or windows, one could easily spend five minutes in class and think it’s been an hour. Here, the instructor repeatedly announced how many songs were left and when we would begin toning with weighted batons found at the bottom of our bikes. One pet peeve I have is classes with instructors who encourage an experience over results. If someone is giving up their time and money, there should be positive consequences. Of course, it should be fun, too, but mostly it should result in the abs and arms people are desperately hoping for before the Hamptons start calling.

That competition I had so dreaded can be nonexistent, depending on the rider. Sure, those who grew up playing team sports and displaying exceedingly Type-A behavior will love the corresponding app to keep track of progress, but those who would rather see the results in their own bodies can easily throw a towel over their numbers and keep riding. With swimsuit season looming in the distance, Flywheel’s latest advances will have anyone in tip-top condition. And hey, they might even enjoy the ride while they get there. 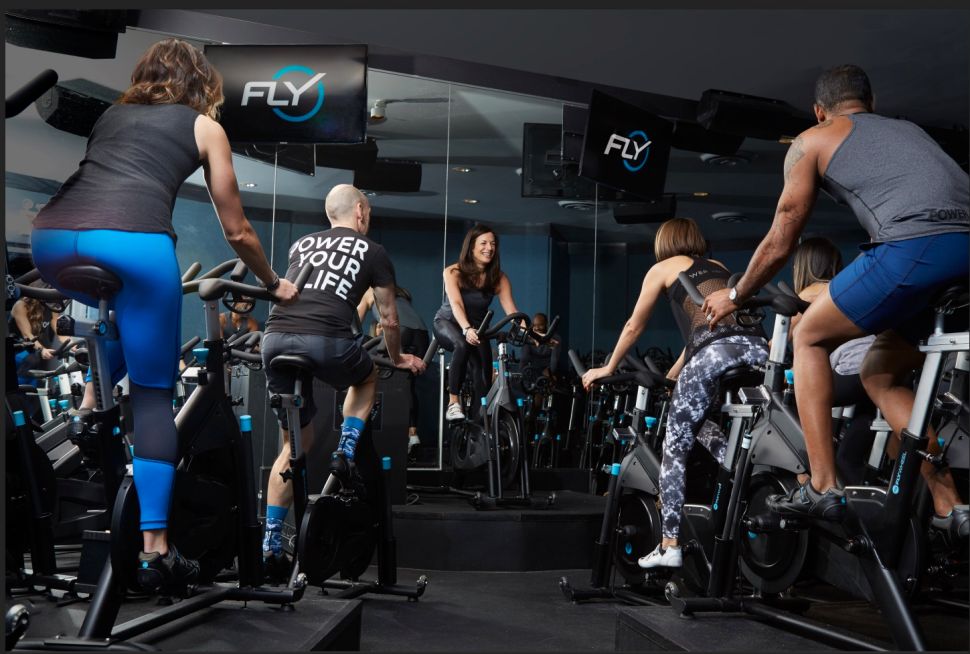