For a brief moment this campaign season, “New York values” dominated the news. Whatever the dubious hopeful politician who fired that clumsy invective may have had in mind, he certainly couldn’t have been talking about the gala fundraising circuit. One look at the many money-raising events crowding the calendar through spring and summer ahead and it’s pretty obvious what New Yorkers value: others.

43rd Chaplin Award Gala: No outside popcorn or sodas permitted

From God in Bruce Almighty to Nelson Mandela in Invictus to his Oscar-winning turn as boxing trainer Eddie Dupris in Million Dollar Baby, few actors have committed more memorable characters to film than Morgan Freeman. The sonorous thespian and go-to narrator will be honored with the 43rd Chaplin Award from Film Society Lincoln Center through an evening filled with film clips and flattery from other stars of the silver screen.  Alice Tully Hall, Lincoln Center; tickets from $150; filmlinc.org; (212) 875-5668

The 28th Annual Lifesavers Gala will raise money for the American Foundation for Suicide Prevention to save lives and bring hope to those affected by suicide with a goal of reducing the suicide rate by 20 percent by 2025. Sue Klebold, author, advocate and mother of Columbine shooter Dylan Klebold, will be among honorees at the dinner with MSNBC anchor Kate Snow hosting. Jazz at Lincoln Center’s Frederick P. Rose Hall; tickets from $1,000; afsp.org; development@afsp.org

2016 New York Smile Event: Count yourself in
for grins

Operation Smile is about more than beautiful smiles; it’s about providing exceptional surgical care to deserving children around the globe. This year’s 14th Annual New York Smile Event will celebrate more than 240,000 life-changing surgical interventions for children born with clefts who may otherwise be ostracized and more vulnerable to a respiratory infection, infectious diseases and malnutrition. Who can resist a smile? Not Eli Manning, Michael Rapaport, Wendy Williams or others who came out last year. Cipriani 42nd Street; tickets from $1,000; operationsmile.org; (888) 677-6453

No better place to celebrate the Wildlife Conservation Society’s protection and advocacy of wildlife and wild places than the safest spot in the city for animals. This year’s annual fundraiser at the Central Park Zoo will honor naturalist Sir David Attenborough and The Walt Disney Company. There will be cocktails by the sea lion pool and dinner and dancing under the stars. Central Park Zoo; tickets from $1,000; gala.wcs.org; (718) 741-1616

For 135 years, the Floating Hospital provided health care on the to less-privileged New Yorkers. A State of Emergency following 9/11 drove the last of its five ships to dry dock in 2001. Though the hospital floats no longer, it continues to provide medical and dental care and more at two locations in Long Island City. Help celebrate the hospital’s 150th anniversary at its seventh annual Summer Soiree. Pier 59 at Chelsea Piers; tickets from $200; thefloatinghospital.org; (718) 784-2240

“We’re very picky about who adopts,” says Michelle Neufeld Montak, who founded Gimme Shelter Animal Rescue in 2011 and has spent the intervening years placing roughly 800 dogs in “loving homes where they can be loved and spoiled” across the Hamptons. Human clients include Chris and Cristina Cuomo, Stockard Channing, and Chuck and Ellen Scarborough, who will host the organization’s annual summer benefit on their Southampton estate again this year. Southampton; tickets from $200; gimmeshelteranimalrescue.org; info@gimmeshelteranimalrescue.org

Children’s Museum of the East End Family Fair: “But I haven’t met Superman yet!”

Launched in 1997 by seven mothers unhappy about local educational opportunities, the museum continues its mission “to spark imagination and foster learning for children of all backgrounds and abilities.” The Bridgehampton museum’s eighth annual Family Fair will have a “hero” theme. Actors Mark Feuerstein, Edie Falco and Bridget Moynahan are among the many bright lights that have attended over the years. Children’s Museum of the East End, Bridgehampton; tickets from $100; cmee.org; (631) 537-8250

Need medical care in a hurry on the South Fork of Long Island? There’s really only one place to go. Deck out in your seasonal finest for Southampton Hospital’s 58th Annual Summer Party under big tents on a big spread at the corner of Wickapogue Road and Old Town Road in Southampton. The evening of cocktails, dinner and dancing will benefit the Jenny and John Paulson Emergency Department, the only hospital emergency department serving the entire South Fork. Southampton Village; tickets from $500; southamptonhospital.org; klucas@southamptonhospital.org

Celebrities and current players on the ATP tour will be whacking tennis balls to raise awareness of prostate cancer and the Prostate Cancer Foundation’s support of groundbreaking discoveries in research. The four-event tour, which bounces into the Hamptons for a three-day weekend, has raised more than $23 million over its 18-year history, including over $2 million last year. Jimmy Connors, Chris Evert and the Bryan Brothers are among many pro participants over the years, while Matthew Perry, Wayne Gretzky, Michael Buble and more have done the amateurs as proud as they could. Shinnecock Tennis Club, Southampton; tickets from $1,000; pcf.org; jhaber@pcf.org

Following just a jeté behind of New York Fall Fashion Week, the New York City Ballet’s seasonal gala will once again combine ballet and fashion with cocktails, a performance of new works with costumes by celebrated fashion designers, as well as mixing, mingling and dancing with company members, designers, celebrities and anyone else who shows up after supper on the Promenade of the David H. Koch Theater. Lincoln Center; ticket prices to be determined; nycballet.com; (212) 870-5585 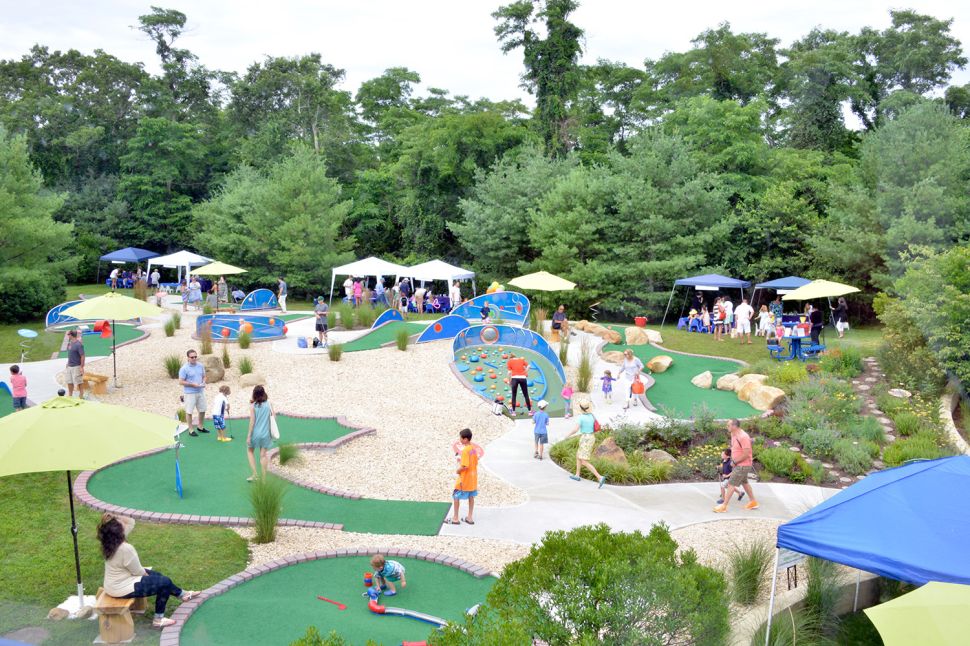