As Observer and everyone else has been reporting, Gawker Media recently lost a major lawsuit to the pro-wrestler Hulk Hogan, who accused the website of publishing a video of him having sex with his former best friend’s wife.

This decision is a disaster for the First Amendment. If it is sustained on appeal, it will fundamentally change the way news is gathered and disseminated. Upholding this decision will weaken our democracy. And it won’t undo the coarsening of our culture.

Let’s be perfectly clear here: One must not confuse supporting what Gawker did with supporting their right to do it. The Observer would never have published that tape. It was a juvenile, prurient, mean-spirited thing to do. Even if Hulk had consented to being videotaped in the first place—the case seemed to turn on the fact that he didn’t know he was being recorded, though it’s not clear why that mattered—we just think it’s gross. That’s our sensibility. But our right to exercise editorial judgment in a privately owned publication is sacrosanct.

The First Amendment, with its grand and sweeping scope, is designed to protect the most provocative and shocking ideas.

We believe Gawker’s decision was wrong and that their editor’s behavior in a taped deposition, in which he concluded with a bored monotone that the only line he would not have crossed would have been if the subject on the tape had been under 4 years old, bordered on sociopathic.

But our Bill of Rights was not written to protect the liberties of those who engage in non-controversial behavior. The First Amendment, with its grand and sweeping scope, is designed to protect the most provocative and shocking ideas. Our forefathers understood that yesterday’s outrageous proclamation—that men should be permitted to marry one another or that a black man ought to count for 5/5 of a human being, rather than 3/5—is today’s starting point for a just society.

The balance between a free press and a right to privacy is a fundamental question for journalists and the nation. Soon after the verdict, the Observer spoke to one of the most knowledgeable and thoughtful free-speech experts in the country, New York Law School professor of constitutional law Nadine Strossen. Ms. Strossen, who spent 19 years as the president of the ACLU, laid out the dilemma. “What is the lesser of two evils? Allowing media to publish tapes depicting a public figure engaged in conduct that he has brought to media attention, even though some of us might personally consider the tapes insufficiently ‘newsworthy’ or ‘highly offensive’? Or allowing the government to saddle the media with potentially bankrupting damages whenever a few people, sitting on a jury, make those inherently subjective assessments?”

The reference to bankruptcy is not hyperbole. After only six hours of deliberation, the jury awarded the Hulkster $115 million—$15 million more than his own attorneys had requested. A couple days later, the jury tacked on $25 million in punitive damages, including $10 million assessed to Gawker founder Nick Denton personally and $100,000 to then-editor A.J. Daulerio, a nearly unprecedented censure of an editor in an American court.

Those cheering Gawker’s fate include many who have been victimized by its poisoned pens. That’s an understandable emotion. We’ve been there, dude. But there’s a reason a murder victim’s family is not allowed to sit on the jury of the person accused. Strong emotion does not make for good law.

Jake Dobkin, the publisher and co-founder of Gothamist.com, has warned of the repercussions from establishing a standard that allows juries to punish news sites for trying to shed light on the goings on of public figures.

“It would be a disaster for all publishers, online and off—everyone from TMZ to The New Yorker. You’d now have a standard that says that whatever the most conservative locality in the country deems as indecent, invasive, or non-newsworthy would be the standard that all of us would have to live by, or risk bankruptcy. If you don’t think that would send a chilling message to all media, you’re wrong. Most publishers try to avoid risk, and they will shy away from any stories with a whiff of danger—think stuff like the Cosby case, or our various politicians caught in flagrante delicto. Why risk a judgment in some unfavorable local court for ‘invading the privacy’ of a local hero?”

Mr. Dobkin is right. This kind of tough case, in which an editor who resembles Ted Bundy in affect and empathy published a story designed to attract clicks through humiliating an aging C-lister, is exactly when we ought to be most protective of a site’s right to be obnoxious. At the end of the day, Americans should be much more afraid of a world in which the government, or a favorable local jury using the enforcement powers of the government, decides what’s worthy of coverage than one in which Gawker decides. 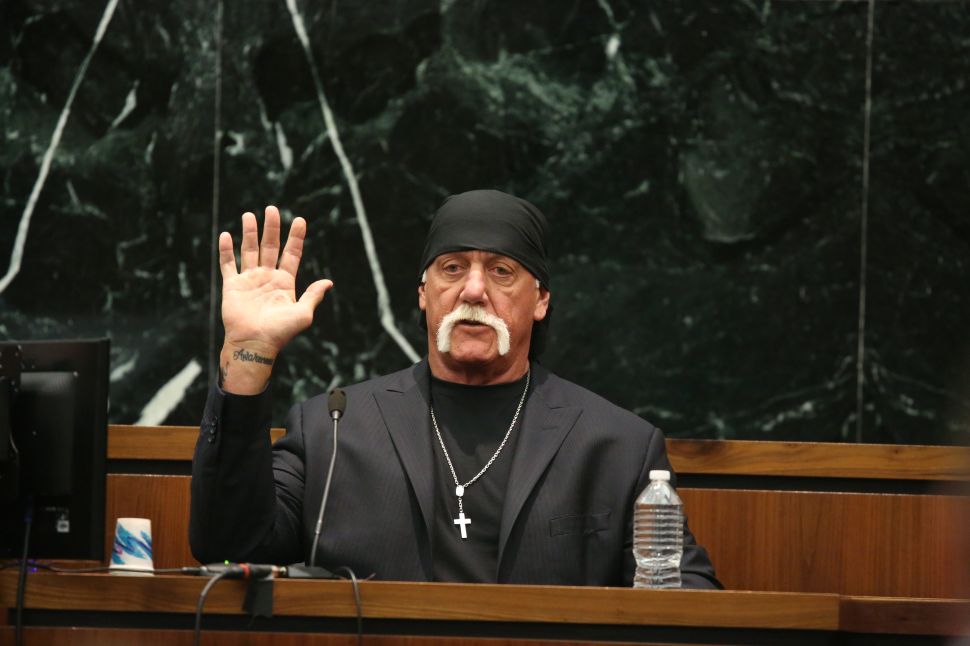