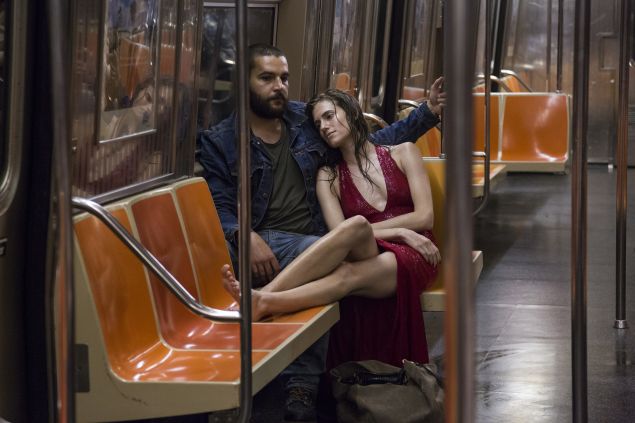 “The Panic In Central Park” starts with Desi looking like the douchebag he is– shirtless, pen dangling from his mouth, wearing multiple necklaces, and playing guitar. Marnie, meanwhile, is trying her best to ignore him, since they’re in a fight. But she can’t take it anymore, and tells Desi to give her some space. Of course, he doesn’t want to, because he loves her and will die if she keeps treating him so meanly.Marnie counters that he’s too narcissistic to kill himself. Healthy, right?

Marnie leaves the house and wanders to another part of town. There, she runs into her ex– Charlie. Remember, that guy who said that she’s a brat who’d never be more than someone’s wife? Awk sauce. Charlie pretends to be excited that she’s married. He’s clearly not. Turns out, he abandoned her because his dad committed suicide and he didn’t know how to deal with it. So, feeling horrible, Marnie agrees to go to a party with him.

But first, she has to get a dress. While Charlie is peeing, Marnie tells the saleswoman all about her love life. Trust Marnie to believe that a total stranger would actually care about the state of her romantic affairs. Thankfully, before things get any weirder, Charlie comes back in, throws down some cash, and drags Marnie towards the party…

Flush with cash, Marnie and Charlie go and get a crap ton of fancy Italian food and wine. Drunk, they end up dancing in the restaurant together. And then going on a nighttime stroll and stealing a rowboat.  I’m sorry, this can only end badly. And it does, because once they start making out, they fall into the water.

But apparently, not even being soaking wet will stop Marnie and Charlie from their horrible choice of being together. Or, at least, until they’re back in his neighborhood and someone steals all of Marnie’s stuff, including her shoes and wedding ring, at gunpoint. That is not going to be easily explained.

But STILL Marnie doesn’t go home! She goes into Charlie’s apartment, sees that his windows are covered by garbage bags, and STAYS. Then, in the cliche of all cliched moments, Charlie asks Marnie to run away with him. And she agrees. Who is this? Marnie is seriously considering doing to Desi exactly what Charlie did to her– leaving with zero explanation.

Later, Marnie goes to take a shower in Charlie’s hallway bathroom– glamorous. In the midst of scrubbing, another woman comes in and starts complaining to Marnie about how she’s tired of everyone being an asshole. Then, she takes her towel back– which Marnie is wearing. Yes, everyone is an asshole.

Next, Marnie goes back into Charlie’s room and folds up his clothes. Unsurprisingly, a needle falls out of his pocket. Charlie says it’s for his diabetes. Thankfully, that’s the last straw for Marnie. Praise emoji. So, wet and shoeless, Marnie leaves. When she gets back to her apartment, Desi is waiting for her on the stairs, pillow in hand. Sure, I hate the guy, but I do feel a little bad for him right now. Without missing a beat, Marnie tells Desi that she doesn’t want to be married to him anymore. And that she always knew that they shouldn’t be together. Oof.

At first, Desi seems calm. Then, he lightly says that Marnie is going to get murdered. To be fair, she did just tell Charlie that she had no idea that people got robbed anymore. And then, Desi cries and says that he misses the beginning of their relationship– you know, the time when he was cheating on his girlfriend and he covered Marnie’s face with a pillow because he couldn’t deal with the guilt of looking at her. (Ugh!) If anything can end a marriage quickly, it’s that memory.

So, Marnie packs a bag and goes to sleep in Hannah’s bed… without calling. While Fran is there. While they both seem cool with that, I’d personally be terrified if someone got into my bed in the middle of the night without telling me. And that’s where we end– Marnie third wheeling it in a bed, with absolutely no idea what she’s going to do with the rest of her life. Things can only go up from here? 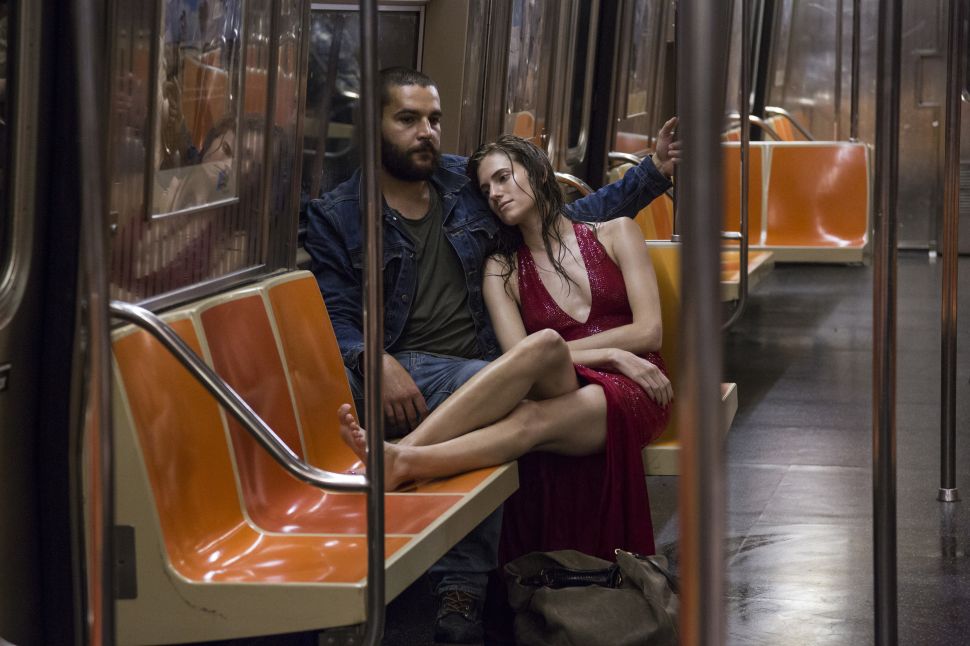