Can you imagine what it’s like to work for the Gotham City Police Department? Not even on the days when a teenage clown or old man in an electricity costume or vaguely penguin-esque rogue waltzes in and straight murders three-quarters of your colleagues. Just on the normal days. Like, can you imagine coming in on a Friday morning to the GCPD all #TGIF, and the first thing your superior officer tells you is he has a plan? What plan, you sigh, knowing full well this “plan” will most likely end up with you dead or, at the very least, working security at a costume gala that ends with a psycho popping out of a cake with a machine gun.

“We need to hide the wife of the dude who has an unstoppable freeze gun,” he tells you. “Can you move her to the hospital wing of the asylum for the criminally insane? It’s right down the road. Just follow the bloodcurdling screams.”

This latest doozy of a scheme comes from Captain Barnes, in an attempt to draw out the newly-named Mr. Freeze, who is running around cosplaying as Buzz Lightyear (more like Buzz Ice Tears, am I right?). You would think Captain Barnes would be able to come up with smarter plans considering his body is 90 percent head. But hey, welcome to the GCPD, welcome to Gotham, where the police headquarters is the 15th safest place to hide someone within a twenty block radius, just one spot below the Quiznos on the corner.

Off to Arkham Asylum go Gordon, Nora Fries, and Co., Leslie included, because Leslie hasn’t yet learned the number one rule for pregnant people in Gotham is Step One: Move to fucking Metropolis.

Surprise, surprise, moving Nora to Arkham was a mistake because Arkham happens to be a corrupt, soul-sucking hellhole where humanity goes to die. Hugo Strange–a dual role played equally well by B.D Wong and B.D Wong’s immaculate chin-beard—aids Freeze in nabbing Nora (and Leslie) in exchange for a canister of his rejuvenating helium juice, which we all must assume he’s going to use to bring back the dinosaurs.

Elsewhere in Arkham, Oswald Cobblepot is being Clockwork Orange-d into submission by Strange and Ms. Peabody. Robin Lord Taylor is a gem for keeping pretty much any material Gotham gives him, no matter how cracked out it may be, and knocking it out of the damn park with an umbrella-shaped baseball bat. I’m pretty sure Oswald screaming “I LIED FOR YOU” at Jim and playing Duck Duck Goose with psychopaths was a better performance than, minimum, half of Leo’s screentime in The Revenant.

Same goes to David Mazouz, young Bruce Wayne, who has more of an emotional range at 15 than I do, um, literally right now sitting at this computer. I did call the whole Matches Malone thing, which is super unimpressive when you realize there’s one character with the initials M. Malone in Batman’s more than 70-year history. Either way, any episode that includes the baller chemistry between angry-Bruce and stoic Navy Seal Alfred is cool with me, especially when it seems to be headed to the moment when Bruce learns killing isn’t the answer (except for all those times it was, though).

You know what else I love? That absolutely no one could stop Freeze on his way back to his apartment. This whole episode was filled with Bullock and Gordon following a trail of frozen guards and policemen, as if NO ONE managed to shoot this astronaut-looking motherf*cker in his bigass helmet before he pulled the freeze-trigger. Don’t tell me he snuck up on them. Don’t tell me the dude clomping around like a Big Daddy from Bioshock is using stealth on anyone.

I suppose Nora Fries opting to kill herself rather than live in a world where Victor is in jail for killing so many people is some hefty stuff for Gotham, which usually stumbles with material heavier than “the time Bruce Wayne discovered boners because of Selina Kyle.” But when he’s not dressed like Matt Damon from The Martian I do like Nathan Darrow as Victor, and his bass tone voice mixed with a genuinely emotional scene sold both the ridiculousness and sadness of a man freezing his wife to death.

Of course, this was all ruined when Fries officially became Freeze, and that dude woke up looking like Jack Frost had a baby with Elsa from Frozen. But hey, welcome to Gotham.

As for why Strange is growing Theo Galavans in jars like sea monkeys? Who knows, dude. James Fran already kind of looks like Frankenstein’s monster to begin with, sooooo….why not?

As always, let’s run down every reference, fact, and nugget of Bat-history brought up in the season 2, episode 13,” Dead Men Feel No Cold.” 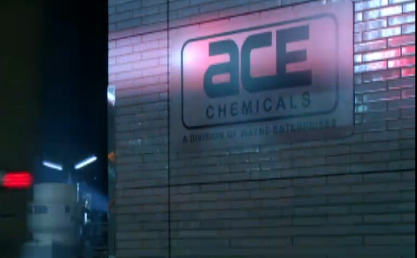 Despite the public calling for it in the streets, Victors liquid-helium was not a call back to Balloonman, the fiercest villain Gotham City has and will ever face. It WAS, however, a shoutout to Ace Chemicals, which is probably the most important toxic-chemical site in the city. And that’s huge, because Gotham is roughly 60 percent toxic chemical sites.

Years from the events of this episode, an adult Bruce will come back to this chemical plant as Batman to foil a plot from a dude dressed in a Red Hood. Who is under the hood is up to late night drunken debates I’ve had weekly since 2009, but what definitely (probably) happens is this; Batman kicks Red Hood into some (ace) chemicals, and instead of dying that dude comes out the other side with white skin, green hair, and a killer smile.

BUT WHAT THE HELL IS THAT THING?

Hugo Strange is cooking up some sort of cob-webby monster in the bowels of Indian Hill, for sure. Which is super on-brand for Strange, who in just his second ever appearance (Detective Comics #471) turned five Arkham inmates into 15-foot-tall zombies by experimenting on their pituitary glands. Batman, for his part, is all like “WHAT–?!”

Alternate theory: GIANT DEFORMED FISH MOONEY MONSTER. Because of, you know, the sliminess? She is due back any time now.

These Gotham Reference Guides have always been more of a love-letter to obscure Batman widgets than an actual predictor of anything actually happening on Gotham, which is why most of my “predictions” are nonsensical, based on very little actual context, and usually downright wrong. Like last week, when I theorized that Penguin is actually the character False Face based only on his prison jumpsuit number. Totally outlandish, right?

Gotham is filled with random numbers, like Penguin’s B-115, that occasionally I’ll look up just to see if they have any significance, especially if the camera makes a point to linger. Like in “Dead Men Feel No Cold, when Freeze uses a utility truck to crash through Arkham’s gates. The truck’s license plate is 116 904, if you missed it. I Googled it, because why not, which almost immediately brought me to Batman: Legends of the Dark Knight #116, featuring…The False Face Society. 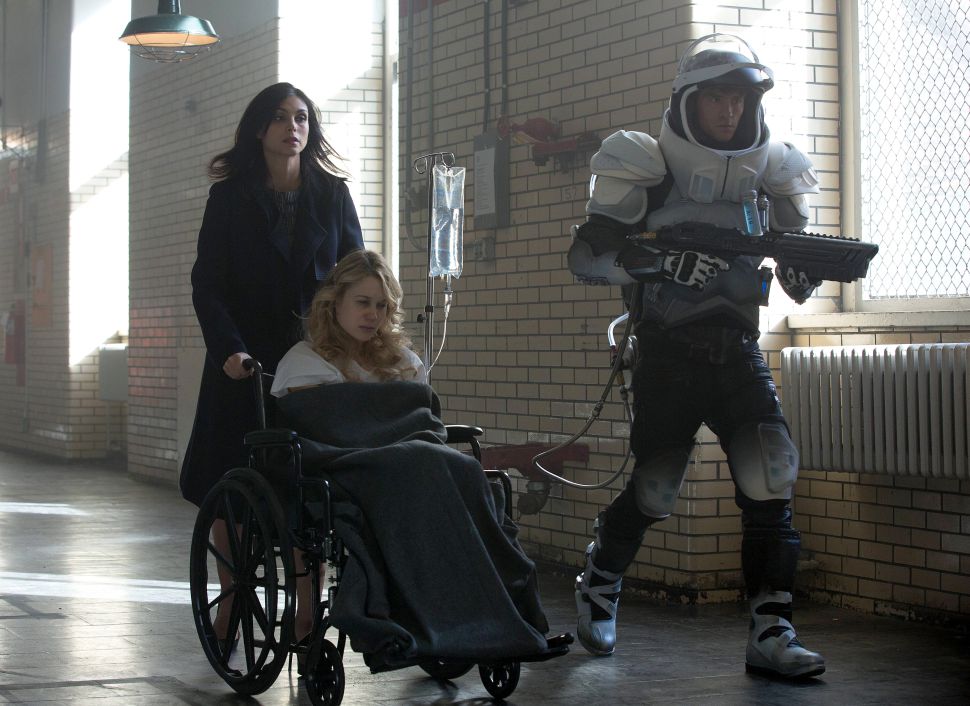