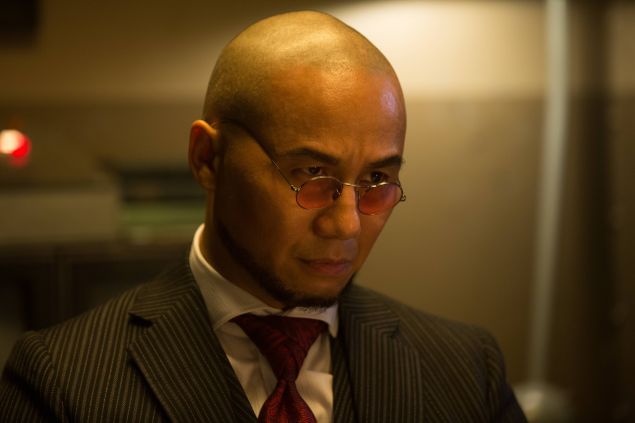 Everybody chill out, be cool, run down to Wendys and grab a fucking Frosty because, I don’t know, ice to meet you or whatever I’M OUT OF COLD PUNS but it doesn’t matter–Gotham is back, baby, and now everyone’s favorite Dark Knight-quel comes with a side of fries. Excuse me, Fries.

That’s right, Mr. Freeze has arrived and he. is. TERRIFYING! 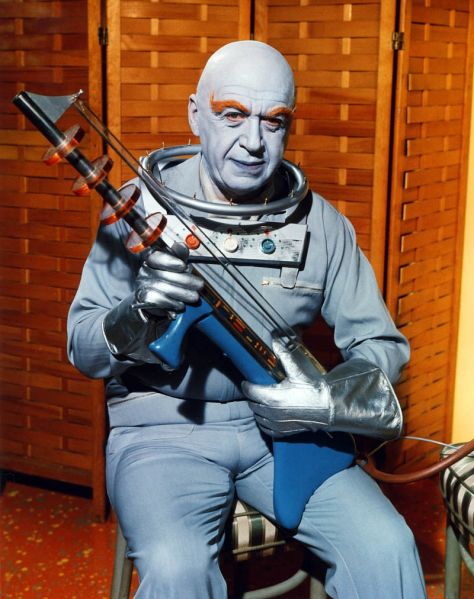 Wait, no, sorry, that’s Otto Preminger in the original Batman TV series, which apparently aired before Under Armour underwear was invented. 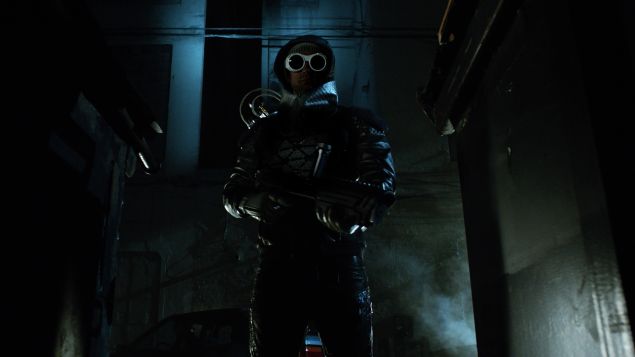 I wish I loved Gotham‘s winter premiere more because, for one, I wouldn’t feel so stupid for blowing money on a cake in the exact shape of Donal Logue’s head for my Gotham winter premiere party (guest list: me).

But really, I just get sort of bummed when I’m not enjoying any show featuring a guy decked out in the entire Winter Sports section of Dicks Sporting Goods blasting people with a freeze ray. So, real quick, let’s accentuate all the positives:

So the tone was all there, but the story doesn’t quite hold up. The aftermath of Theo Galavan’s murder devolves into World’s Greatest True Detective, with Jim lying about his involvement straight to Harvey Dent’s (soon-to-be-two) face while we get flashbacks of the truth. Luckily for Jim, Gotham’s judicial system is as terrible as its police force, and “I fled an active crime scene cuz muh girlfriend said she pregnant” holds up in court and wipes away all charges. But at least, shocker, Jim feels conflicted about the whole thing. Womp–grow a mustache already–womppppp.

Because of all this conflict, Jim is at odds with Captain Barnes–who I still refer to in all my notes as “screaming pumpkin”–and in an uneasy truce with Eddie Nygma, who Jim saw chilling with Oswald Cobblepot. And Oswald? He’s in Arkham Asylum for the first of many times and not making many friends. Which is confusing, because he gave a speech on a table. If this show taught me anything, it’s that the most full-proof way to create a loyal gang in Gotham City is to speak to criminals from a slightly elevated height, like a nearby box or something.

As always, let’s run down every reference, fact, and nugget of Bat-history brought up in the Season 2 winter premiere,” Mr. Freeze.”

Kiss from a Rose 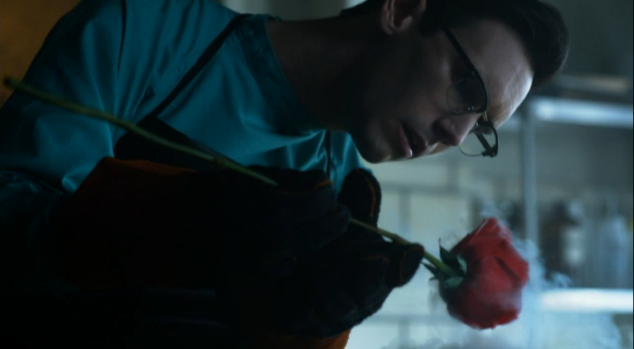 If this moment isn’t a reference to the greatest soundtrack song and greatest music video from the greatest Batman movie of ALL TIME, then I’ll just pack up my reference guide shoes and go home.

Or MAYBE it’s a reference to this  pretty well-known quote from the video game Batman: Arkham City, said by Mr. Freeze to Hugo Strange: “Have you ever seen a flower die? Watched something that was once so beautiful, so full of life, collapse and rot from within?”

Which, yeah yeah well said, or whatever. But seriously have you watched that fucking Seal music video?

I’ve gone over Victor Fries’ backstory in detail before, and even if you don’t feel like reading that you should definitely watch the Batman: The Animated Series episode “Heart of Ice,” which is a masterpiece that only makes me cry 9 times out of every ten viewings. (Author Note: It’s ten. It is every time).

As for Victor’s wife Nora? Gotham has given her a few tweaks but kept her roughly the same. In most Freeze stories, Nora comes down with a sickness, and Victor reasons that the only way to save her is to throw her in the freezer for a while until he comes up with a cure. In Mr. Freeze’s first origin story, Victor does eventually get Nora on ice, but equipment malfunction douses him in chemicals, turning him from Mr. Fries into MR. FREEZE, whose body can only survive at subzero temperatures and a steady diet of delicious, delicious puns.

Gotham‘s Victor hasn’t been fully freeze-ified yet, and doesn’t really go into much detail about what kind of scientist he even is. It’s just like “HE USES HELIUM KIND OF.” Which I will accept if and only if that plot point is used as a reintroduction of the greatest foe Jim Gordon ever faced. 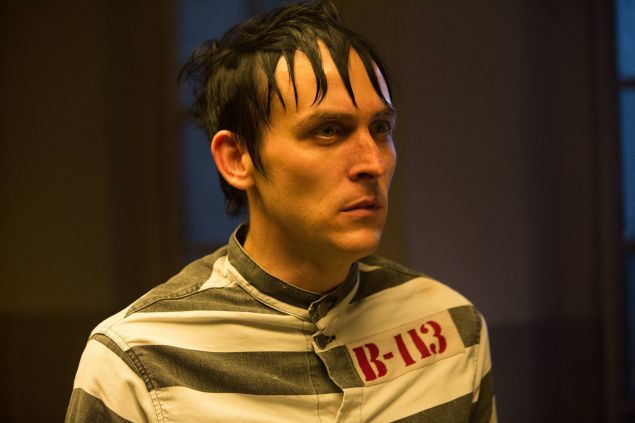 I’m confused by two things in “Mr. Freeze.” For one, how did Captain Barnes randomly–and easily–nab Oswald with no explanation? And two, why was the number on Oswald’s prison outfit so damn prominent? Well, one explains the other. That’s not Oswald at all. That’s False Face. 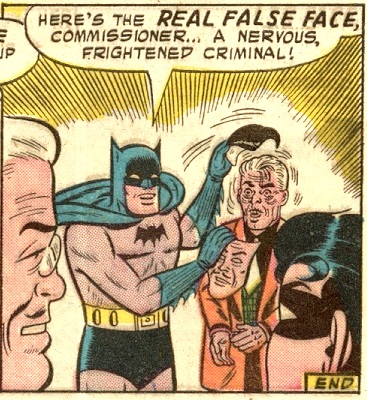 False Face, a master of disguise, appeared in only one single issue of Batman–1958’s Batman #113 (B-113). False Face, real name unknown, used his mastery of deception and mimicry to impersonate a billionaire tycoon named P.S. Smithington before Batman foiled his plot. Related, I sign all of my emails “from the offices of P.S. Smithington,” because that name is amazing.

Whether Oswald is literally False Face, or just someone wearing a false face, doesn’t matter. It would explain how he seemingly gave himself up, and why he doesn’t have Oswald’s usual power of persuasion over any inmates OR Hugo Strange.

Or maybe the costume designer’s birthday is January 13. I don’t know, man. The scientist from Jurassic Park is playing Hugo Strange. This is a magical world we’re living in where anything is possible. 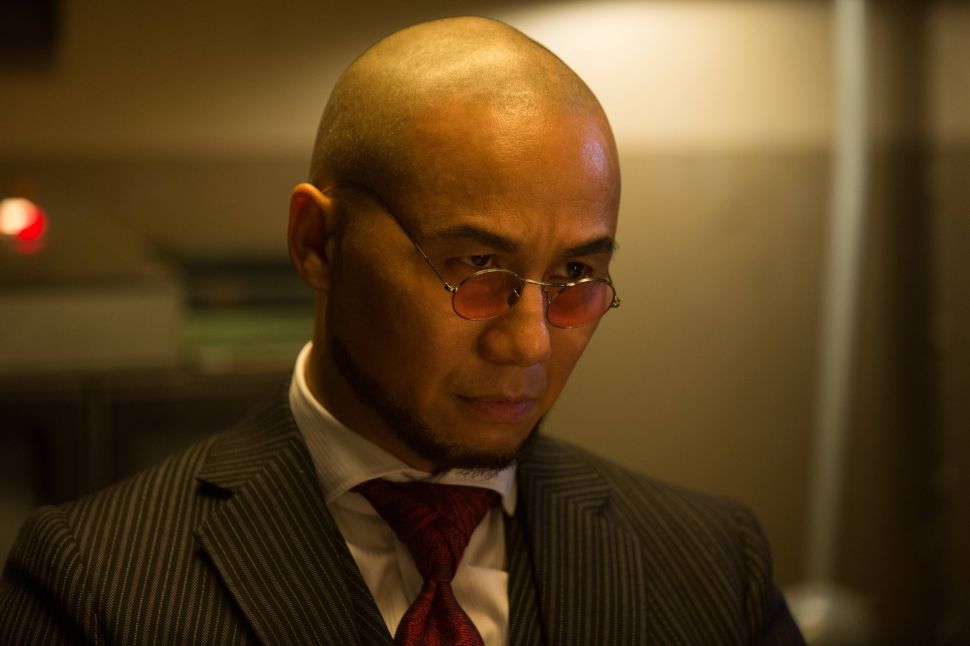