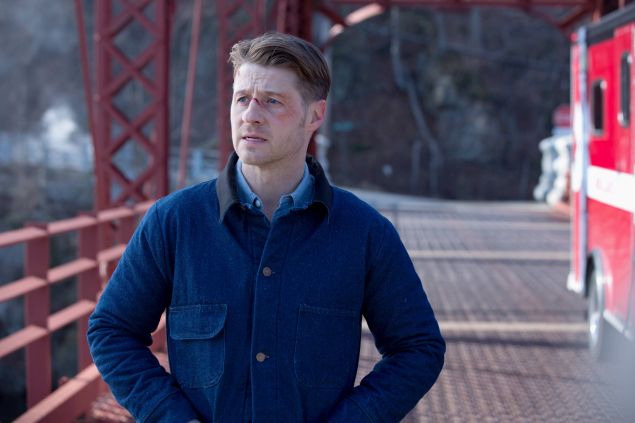 IMDB lists Jason Alexander as the “music supervisor” on “Prisoners,” which is strange because no offense to Mr. Alexander but you could have replaced him with one, prolonged, hour-long womp-wompppp trombone noise and this episode would have been exactly the same. I don’t understand how so many depressing things could happen to Jim Gordon but manage to have so little consequences all in one hour.

Not only is Jim in Blackgate Penitentiary under a corrupt warden who looks like the Giant from Twin Peaks, not only is he getting repeatedly menaced by a dude I would have SWORN was the rapper Common, not only is he occasionally getting beaten up alongside his only friend Puck who lowkey definitely wants to smash, but–say it with me now–womp-womppp Lee miscarried and his baby is dead.

There’s a lot to unpack there, so let’s start with the miscarriage. Did Gotham film this while Morena Baccarin was busy having marathon sex with Ryan Reynolds? Or was she too IRL pregnant with IRL-Jim-Gordon’s baby to show up? I’m looking forward to the Grayson-esque gymnastics Gotham pulls to explain why Lee not only didn’t tell Jim what happened but stopped contacting him altogether. A miscarriage is probably the most serious subject Gotham has dipped its toes into (not counting that awkward rape humor), and this is how it’s handled:

Bullock: Oh dang buddy, by the way, your first-born died in childbirth.

And then there’s Puck, played spritely by Peter Mark Kendall. Who is Puck? Puck is introduced, gives Jim some bumper-sticker “You’re worth it” motivation, and dies all in one episode. Puck was, essentially, a fortune cookie that got the shit beat out of it occasionally.  One could argue that Puck’s death acts as emotional motivation for Jim to return to Gotham City after breaking out of Blackgate. One could also argue that Jim’s wife who recently suffered a traumatic miscarriage would be motivation enough, but apparently Jim cares slightly more for the character you could have replaced with an actual hockey puck without me noticing.

Oh, right, Jim is out of Blackgate by the closing credits. Gotham really enjoys doing this thing where it puts Jim in spooky jails and then gets him out within one single episode. Remember when the finale of season one ended with Jim assigned to Arkham Asylum? That lasted roughly as long as a footrace between The Flash and Supergirl, a delightful thing that you missed actually happen because you chose to spend time with Officer Jim McGrimaceGrumbles. It’s cool, though. I’ve heard worse plans.

SUCH AS: Bullock and Carmine Falcone’s scheme to break Jim out of Blackgate. (Oh, RIGHT, Falcone is back, but I’ll get to that). During Blackgate’s movie night–which inexplicably started with the Looney Tunes intro music and ended with 1954’s Seven Brides for Seven Brothers–Jim gets stabbed with one of those retractable knives you win at beach arcades, put into a body bag, and smuggled out the back door. Along the way Harvey and Wilson Bishop knock out a ton of security guards who are just doing their job, to be honest, mostly to save Jim but also to save Puck, who I must repeat was basically a sentient “Hang In There” Cat Poster.

I don’t know, it’s all very convoluted and…lazy? Yeah, lazy. Gotham loves taking season-long arcs and compressing them into one episode, wrapped up by one terrible plan, which is always explained away by a character saying “Wow, I can’t believe that worked.”

Like, Falcone’s return? Sure, Carmine Falcone is a suave gangster bastard welcome on my screen anytime, and John Doman wears the shit out of an old man Indiana Jones hat. But wasn’t he planning on laying low the last time we saw him, before he went completely silent for an entire season? Now he’s just back, no explanation, concocting prison break schemes that would make Wentworth Miller be like “keep it simple, dude” and telling Bullock wearing a hat indoors is rude, which honestly sounds like a reference to something but this episode was so blah I don’t even feel like looking it up, which is literally what I’m being paid to do right now.

Just show your work, Gotham! I really don’t ask much from you, TV -show-I-view-as-friend. Honestly the perfect checklist is 1) A 14-year old Bruce Wayne punches a grown man in the face, 2) A GCPD officer tries to solve crime, with hilariously wacky results, 3) Something like, I don’t know, a toddler Killer Croc  on a jungle gym and none of the kids will play with him because he has scales. Simple formula.

Finally, we have Oswald, who is embroiled in some good old fashioned DC Comics City Incest and Murder, which is about as specific a Pornhub section as you’re going to find. I’ll say this, Paul Reuben as a walking What If Pee Wee Herman Grew Up In Gotham City was a consistent highlight in this otherwise dreary episode, so of course Gotham killed him off. I did laugh pretty hard when Charles Van Dahl knocked like poison off the table like a feisty cat trying to be smooth. I’m honestly surprised Selina Kyle wasn’t watching through the window to give an approving nod. Watching through windows to give approving nods is 90 percent of Selina Kyle’s purpose.

As always, let’s run down every reference, fact, and nugget of Bat-history brought up in the season 2, episode 15, “Prisoners.”

So….let’s hop between universes for a little bit. 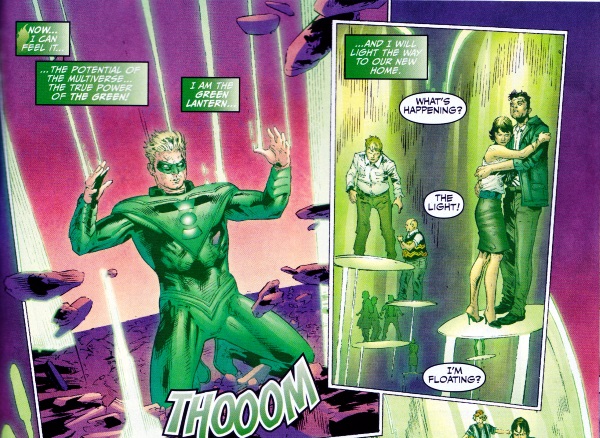 Basically, what you need to know is that the DC Comics Universe is actually MANY universes–a Multiverse, if you will–and one of them is named Earth-2, which is like right next to our universe. World’s End is the simple tale of war planet Apokolips and its overlord Darkseid hurtling towards Earth, where Earth-2’s versions of heroes like Batman, Superman, and Wonder Woman fight to repel a preliminary Apokoliptian invasion, a war that eventually ends in the utter destruction of an entire universe and the death of millions.

That…is not the plot of Gotham. It should be. It should be the plot of everything, including all indie films and most children’s cartoons. But, sadly, it’s not. But why, if you’re Gotham‘s writers, reference the name? Because Gotham is totally set in Earth-2.

Why not? It would explain all the slight changes to the characters, the small tweaks to backgrounds and ages and relationships. Mr. Freeze is dead before Batman hits high school. Jim Gordon is married to Leslie Thompkins, NOT Barbara Gordon, who is so insane it’s unlikely she’ll eventually give birth to Batgirl anytime soon. Poison Ivy is named Ivy Pepper, not Pamela Isley. Why? Because different universes, man.

Or not. Maybe Gotham is just a fun little prequel where we get to see out favorite DC characters but slightly younger, not an entirely separate universe that was created to explain how Silver Age heroes could appear next to their Golden Age counterparts, resulting in near-identical characters except…..slightly younger. Huh. 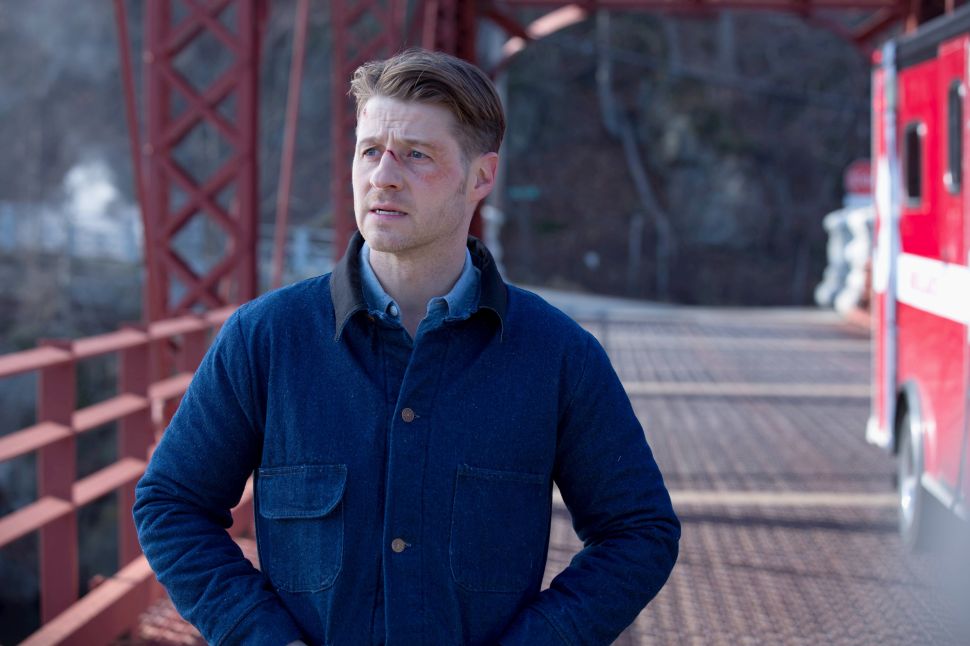