Kanye might be teasing fans with releasing another new album this summer, but it looks like Kendrick Lamar has beat him to the punch: Lamar dropped untitled unmastered., a brand new album, late last night.

You can listen to the album on Spotify, iTunes, and Apple Music (yes, that’s still around). Here’s the enigmatic artwork:

Of course this isn’t entirely a surprise. We first heard rumors of new material after Kdot’s show-stealing Grammy performance when noted hip-hop investigative journalist LeBron James tweeted at Lamar to get off his lazy ass and release some decent new music already. Lamar’s also been performing unreleased songs for a couple of his late-night TV appearances on shows like The Late Show with Stephen Colbert.

Beginning with a blossoming flourish of that same back-room jazz-influenced hip-hop that made To Pimp A Butterfly such an undeniable success, gurgles of late-night psychedelic synths and lip-smacking smooth talking climax as Lamar launches into verses about “Atheists for suicide/ planes falling out the sky/ trains jumpin off the track/ mothers yelling he’s a lie.”

So yes, to answer your question: it takes about 30 seconds before it’s totally clear this yet another untouchable, distinctive performance from the man who released one of the best hip-hop records of the last decade almost exactly one year ago.

With woozy George Clinton horn samples and sweating swagger, untitled‘s uniform ambient psych-jazz aesthetic so strongly recalls the funky brilliance of TPAB it wouldn’t be surprising to learn these songs were plucked from the same sessions (he even name-drops TPAB tracks “Mortal Man” and “King Kunta” at the end of “untitled 02 06.23.2014”).

Here’s your soundtrack for 2016. Now quit reading and bask in magic. 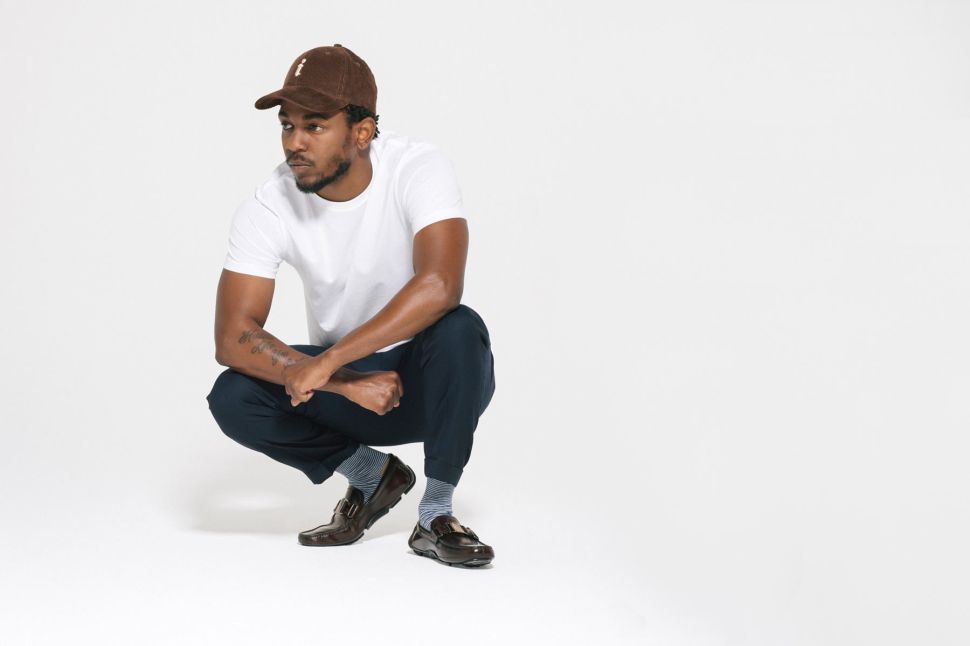