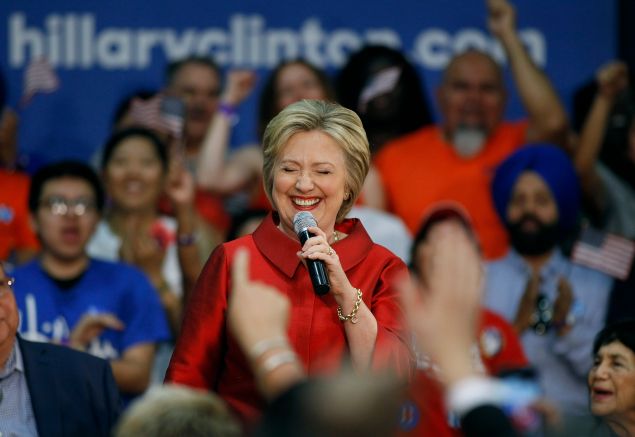 After the March 15 primaries, the battle lines for the general election are taking shape. Barring an unexpected upset that would challenge our modern political system, Donald Trump and Hillary Clinton will be facing off in November. Donald Trump, the billionaire real estate developer, is unlike any previous presidential candidate and some insiders worry about him gaining support in unexpected ways, just as he has during the Republican primaries. However, even given Ms. Clinton’s personal unpopularity, she has to be considered the heavy favorite to be the next president. Here’s how she can win:

President Barack Obama won twice with a decisive majority and is still popular. With Ms. Clinton, the former secretary of state, seen as a successor to Mr. Obama, she can be expected to pick up most of that support and that might even be enough for her to win. In a Washington Post-ABC News poll earlier this month, 86 percent of Democrats and 48 percent of independents said that they would vote for Ms. Clinton against Mr. Trump. That alone would give her just under 50 percent of the vote.

But politicians are instinctually risk-averse. They don’t want to win by just a few votes. No one wants to run a campaign that’s just running out the clock when they could be going on the offensive. And if Ms. Clinton wins by just a narrow margin, she’s unlikely to have the coattails that Democrats would need to take back any part of Congress. So instead, expect her to go on the offensive against Mr. Trump.

2. The Most Negative Campaign in Decades

If you think politics is generally negative, wait until this campaign gets going.

Democrats will be more than happy to dig up Mr. Trump’s comments about women, Latinos, African-Americans and others. We’ll be hearing about how the billionaire has called voters stupid. Expect to see plenty of attacks on his business practices, including layoffs and overseas manufacturing. His bankruptcies, divorces and lawsuits (including one accusing him of racial discrimination) will be unearthed for all to take in the unsavory details. And this doesn’t even get into policy, where Mr. Trump has already demonstrated his weakness.

In the Republican primary, Mr. Trump has managed to dodge some of these attacks. Until recently, Mr. Trump wasn’t seen as a real threat and many Republicans have been unwilling to attack another Republican as vigorously as they might attack a Democrat. But the general election will be no holds barred. Democrats will spend hundreds of millions of dollars on a concentrated assault against him.

And those attacks will stick, too. Some of Mr. Trump’s comments about ethnic minorities may have actually won him Republican votes (though he still hasn’t won 50 percent of the vote in any state), but those comments won’t bring in many new voters. Reminding Latino and black voters about Mr. Trump’s offensive comments will energize Democrats in states like Florida, Georgia, North Carolina and throughout the Southwest.

As far as his questionable business practices, Mr. Trump asserts he was simply doing his job to make money, but as president he’ll be working for the American people. That argument might work in a Republican debate, but it’ll be harder for Mr. Trump to make his case when voters in Michigan, Ohio and other swing states see ads during every single commercial break for months assailing Mr. Trump for laying off workers and sending jobs to China.

That two-pronged attack will peel off undecided voters in both the whiter Midwest and the more diverse South and West. The presidential election is ultimately about winning a majority in the electoral college and if Ms. Clinton is winning almost everywhere, Mr. Trump won’t have a chance.

Of course, while Ms. Clinton attacks Mr. Trump, he’ll be fighting back, bringing up all the Clinton scandals of the 90s that most Republicans wouldn’t touch. His strategy will be to make Ms. Clinton even more personally unpopular. But that’s a risky move, especially for Mr. Trump. Dredging up Monica Lewinsky and Bill Clinton’s indiscretions risks making the former first lady seem like a sympathetic victim, not the aggressor; the arguments about whether she should have reacted differently will be merely academic. Meanwhile, more mainstream Republican accusations about Ms. Clinton’s handling of Benghazi and her private emails have generated smoke but do not seem to be moving voters; even if Mr. Trump repeats them, they are unlikely to suddenly become more effective. 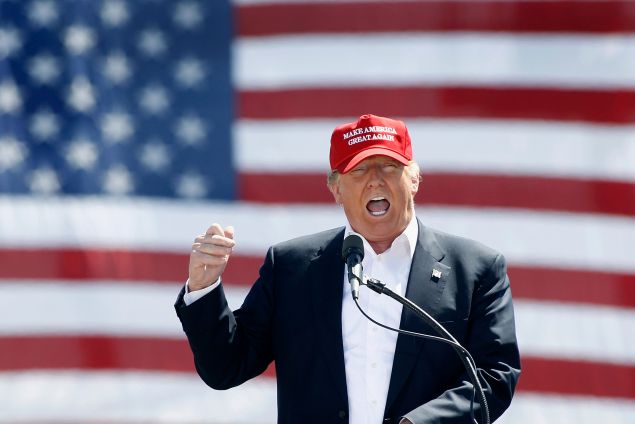 In addition, Mr. Trump’s attacks against Ms. Clinton will backfire even more strongly than they would against a male candidate. Mr. Trump’s lowest points on the campaign trail have been when he attacked Carly Fiorina, a former Republican candidate, and the Fox News host Megyn Kelly; attacking Hillary will similarly expose Mr. Trump as a bully. Women will rally around Ms. Clinton and she’ll seem more presidential by comparison. That’s what happened when Rick Lazio attacked Ms. Clinton in the 2000 Senate race. At a certain point, it just won’t matter that she is unpopular if Mr. Trump is absolutely reviled.

While Democrats are hammering Mr. Trump, Ms. Clinton has a positive message to win over moderates and possibly the white working class, where she is weakest. In her victory speech Tuesday, we saw the first stirrings of that. “If we reach out to treat each other with respect, kindness and even love, instead of bluster and bigotry, if we lift each other up, instead of tearing each other down, there’s nothing we can’t accomplish together,” Ms. Clinton said.

She’s been talking about love and kindness for decades but it’s also a message perfectly attuned to winning over all the moderate and Republican voters who are turned off by Mr. Trump. His machismo, bigotry and vulgarity will push voters away while Ms. Clinton offers a more hopeful, more loving outlook. At the same time, she’ll have Republican surrogates going around talking about how they used to be (or even still are Republicans) but can’t tolerate Mr. Trump, similar to how Lyndon Johnson got Republicans to oppose Barry Goldwater in 1964. She’ll remind those voters of the economic growth and bipartisan successes under Bill Clinton and with her generally non-threatening tone, can win a decent portion of “Never Trump” Republicans.

5. And the Angry White Working Class

However, that unifying message won’t work as well with white working class voters. They’re a group that Ms. Clinton has struggled with this year and are also where Trump draws the most support. Sen. Bernie Sanders won Michigan running against NAFTA (which Bill Clinton signed) and free trade in general, and Mr. Trump has declared his willingness to start trade wars to protect American interests. Those messages are resonating because white working class voters are angry. They’re seeing their jobs vanishing, the culture around them changing and the country under threat from terrorism.

At least some of those voters are a lost cause. In the last three elections, Democrats lost non-college educated white voters by an average of 22 percent. Whether because of entrenched conservatism, bigotry, or any number of other reasons, it’s unlikely that Democrats will completely win this demographic in the near future. But if Ms. Clinton can close even part of that gap, she will deny Mr. Trump and Republicans any chance of winning.

And Ms. Clinton can. Just think back to the 2008 primaries where she beat then-Sen. Obama in the Midwest on the back of a hard-fought campaign that memorably included doing shots in an Indiana dive bar. Those white working class voters are angry and never warmed to Mr. Obama so running as a third Obama term won’t appeal to them. Instead, her message will need to be a little more complex, focusing on how those white working voters feel excluded, pushed out from the mainstream, without any control over where the country is going. Talking about inclusiveness while also addressing the real issues of jobs and economic opportunity will help narrow the gap, especially since Mr. Trump will be hammered by the attacks on his record. And if she can prevent Mr. Trump from running up the score with white voters, she’ll be almost certain of winning.

This is not to say that Ms. Clinton has an easy path to victory. It’s going to be a long, angry campaign over the next several months, probably the most vicious in decades. But she can win a big victory, helping congressional Democrats win, too, and building a mandate for President Hillary Clinton.

Michael Spitzer-Rubenstein lives in Brooklyn and is a partner at BuzzMaker, a Democratic political consulting firm specializing in digital strategy. 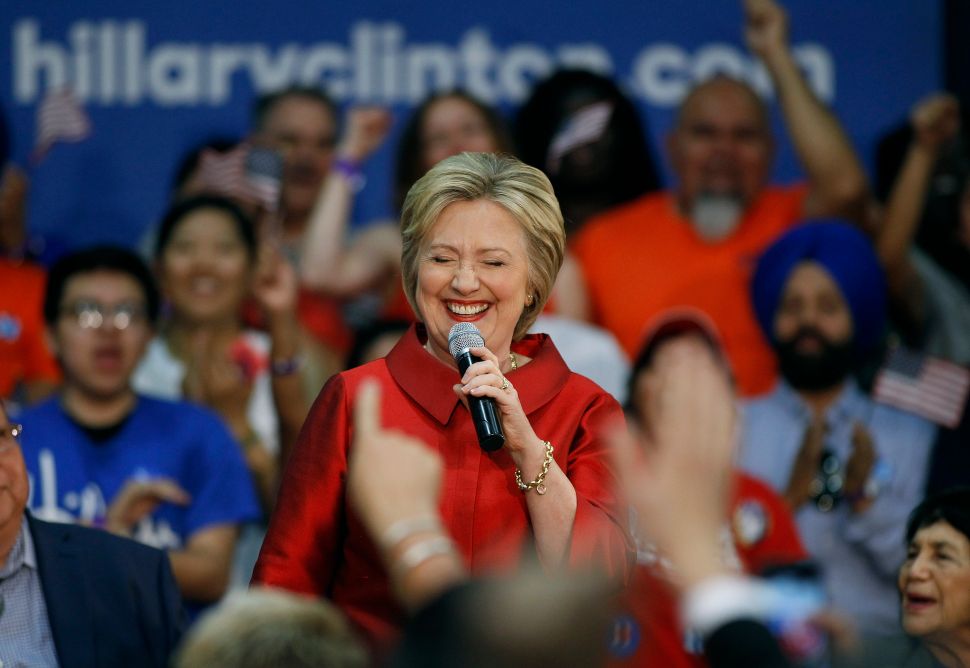