The ex-secretary of state continued her march through the former Confederacy tonight, just a week after racking up massive wins in Alabama, Georgia, Virginia, Arkansas, Texas and Tennessee on Super Tuesday. Most news organizations called the contest for  Ms. Clinton moments after the polls closed at 8 pm.

“Thank you Mississippi,” Ms. Clinton tweeted seconds after MSNBC declared her the victor.

The Democratic front-runner targeted her GOP counterpart, Donald Trump, in her speech from Cleveland, Ohio.

“We can’t be talking about building walls or turning the clock back,” she said, “The divisiveness, the mean-spiritedness, that’s not going to move us forward. We need to stand united.”

Ms. Clinton also echoed some of Mr. Sanders’ populist notes, promising to be a president for “the striving and the struggling.”

As of this writing, Ms. Clinton leads with about 83 percent of the vote to her rival’s 16, and has picked up 28 of the state’s 41 delegates to the Democratic convention in July. Mr. Sanders, a self-described democratic socialist, appears set to carry away just a single delegate from the Magnolia State.

Mississippi is almost 40 percent black, and experts estimate white Democrats—who have awarded Mr. Sanders his victories in Minnesota, Vermont, Oklahoma, Kansas and New Hampshire—make up only 10 to 15 percent of the electorate there. Many observers believe Mr. Sanders tripped on his tongue at the Democratic debate in Flint, Mich. on Sunday, when asked about what racial “blindspots” he had as a white person.

The gaffe seemed to underscore Mr. Sanders’ recurring struggles to connect with black voters. It is unclear what, if any, impact the comment had on the vote in Mississippi.

Updated to reflect the most recent results and delegate totals, and Ms. Clinton’s remarks. 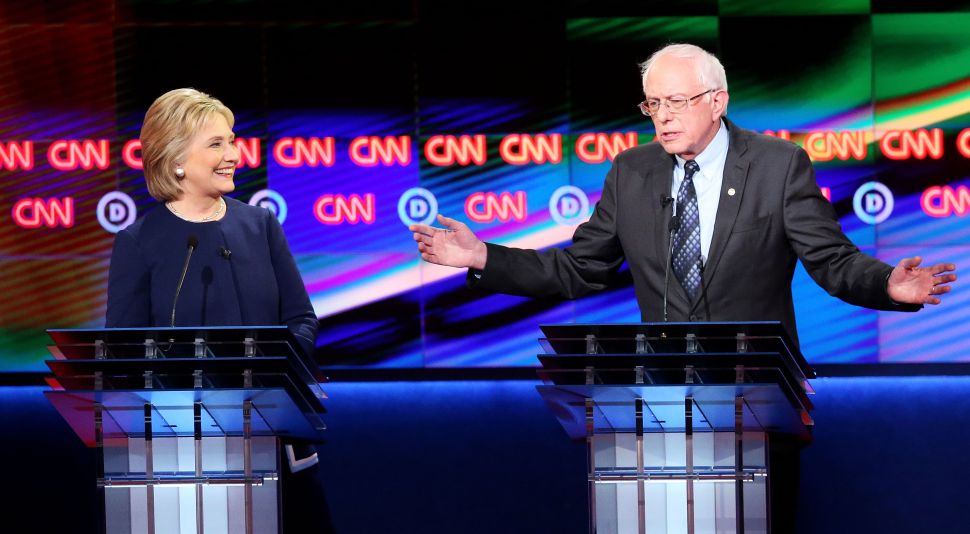