Hillary Clinton has officially stopped trying to conceal the fact she steals rhetoric and talking points from her opponent, Senator Bernie Sanders.

During her victory speech after winning Texas, Alabama, Virginia, Tennessee, Massachusetts, Arkansas, and Georgia on Super Tuesday, Ms. Clinton told supporters in Miami that “this country belongs to all of us, not just those at the top.” Aside from making no sense whatsoever—given Ms. Clinton is technically “the top,” as the Clintons’ combined net worth is estimated at over $100 million—her statement is a blatant ripoff of a line Mr. Sanders has used often throughout his presidential campaign.

This country belongs to all of us, not just the billionaire class. That’s what this campaign is all about.

Ms. Clinton’s plagiarism doesn’t stop here. As a lead to affirming his stance on campaign finance reform and other issues, Mr. Sanders often begins by mentioning it might not be a popular thing to say as a presidential candidate. Ms. Clinton stole that line during her victory speech as well.

“Now it might be unusual, as I’ve said before, for a presidential candidate to say this, but I’m going to keep saying it,” Ms. Clinton announced. “I believe what we need in America today is more love and kindness.”

Twitter has responded to Ms. Clinton’s use of Mr. Sanders’ lines with the hashtag #StealTheBern, and CNN Political Commentator Van Jones pointed out, “You could have switched speeches tonight. Hillary Clinton’s speech and Bernie Sanders. If you just switched them, you would not have known the difference. That is the impact that Sanders has had on this race and Hillary Clinton.”

Does Hillary Clinton actually think that capitalizing on Mr. Sanders’ rhetoric will inoculate voters from feeling the Bern? 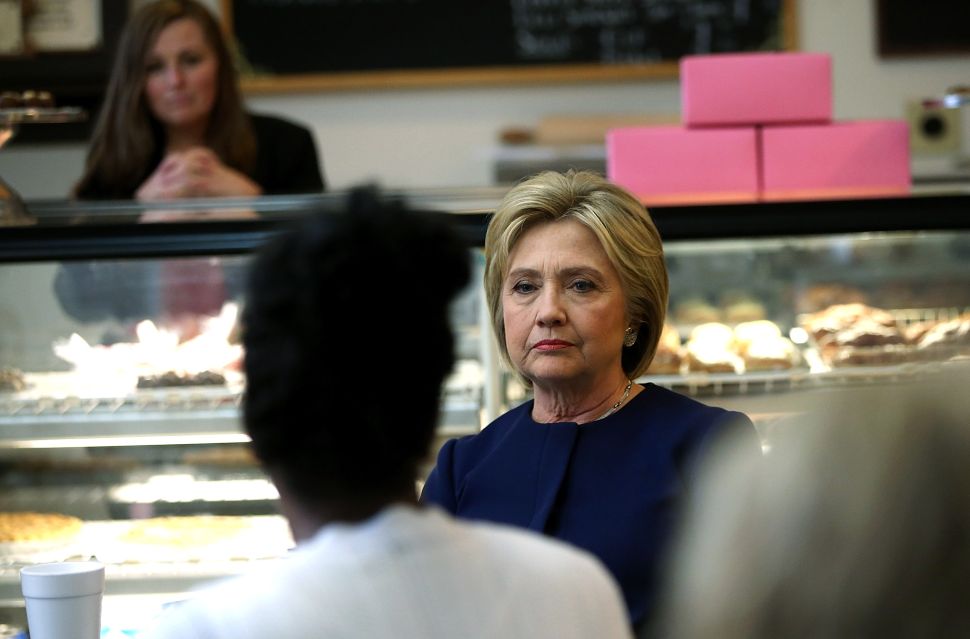