Hillary Clinton, the former secretary of state, blew away Vermont Sen. Bernie Sanders in six primaries below the Mason-Dixon line—relying heavily on support from black voters in a sort of inverted version of Richard Nixon’s “Southern strategy.”

Ms. Clinton defeated her self-described democratic socialist rival in Alabama, Georgia, Virginia, Arkansas, Texas and Tennessee by margins ranging from 30 to 50 points—grabbing more than 300 delegates to consolidate her status as the Democratic front-runner. But while Nixon’s plan to win the states of the former Confederacy harnessed the anxieties of low-income whites, Ms. Clinton strove after her loss to Mr. Sanders in New Hampshire to make herself the candidate of African-Americans and Hispanics.

The former first lady’s victory speech in Miami echoed many of Mr. Sanders’ populist concerns about the loss of manufacturing jobs and income inequality. But in keeping with her focus on minority voters, a group her rival has struggled with, she highlighted concerns of particular import to the African-American and Latino community.

Ms. Clinton also seemed to acknowledge the Super Tuesday success of the Republican front-runner Donald Trump, a New York real estate mogul, who has indulged in racially-tinged language towards nonwhites.

“The stakes for this country have never been higher. And the rhetoric we’re hearing on the other side has never been lower,” she said. “Trying to divide American between us and them is wrong, and we’re not going to let it work.”

Ms. Clinton made no reference to the large donations she and her husband received over the past several decades from Mr. Trump.

Eyes are now on the primaries in Massachusetts, where Ms. Clinton has a thin lead. Results have yet to come in from Minnesota and Colorado, which many expect will also be close contests. 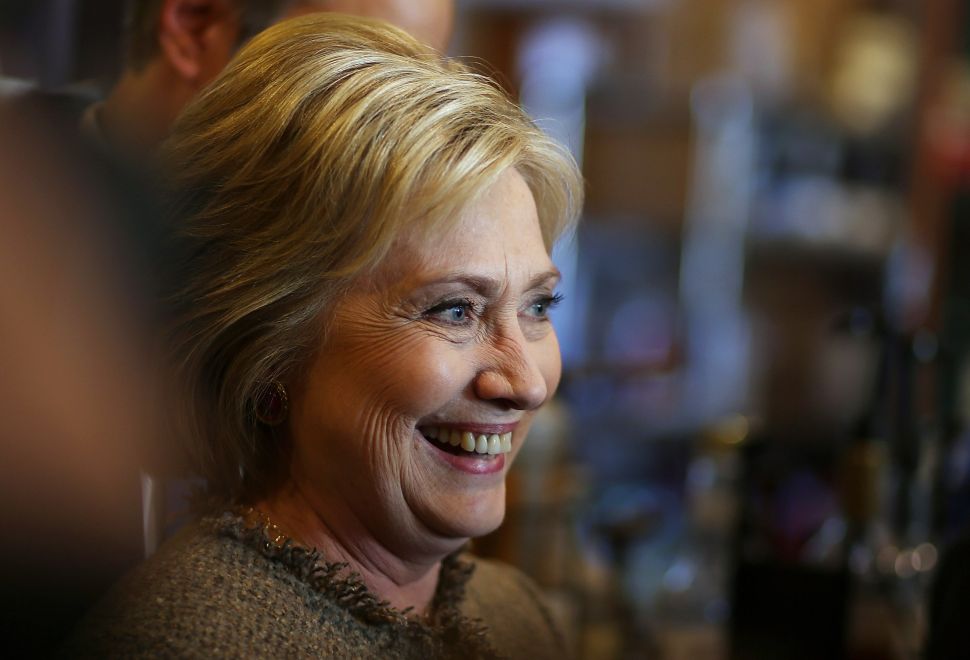